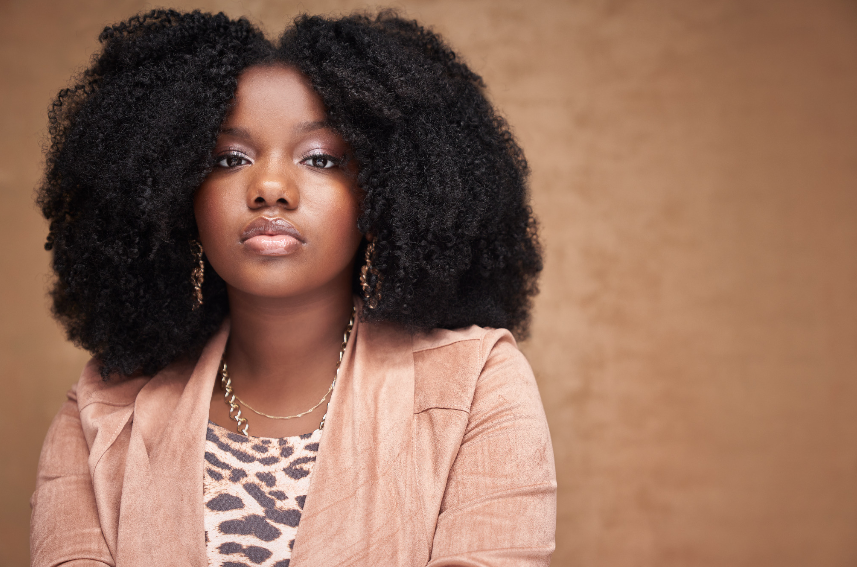 How did you hear about this role? What intrigued you about it?

The audition was a while ago in August 2019. I remember getting the audition for the role of Emily and being so excited reading the script. The role seemed to be funny! It was a role that I really liked that really caught my interest.

What caught your interest about it besides the humor?

The character is so cute and smart. I thought I would be a great fit for that. Getting into the character was really fun because getting fitted for her clothing and getting the rest of the script was a very fun process. Working with the costume department and them also getting my input on her clothes in order to create this character was such an experience. I loved doing that.

It’s really cool that you got to offer your expertise because this is the character you’re playing! You and fellow young actors have to engage in this timeframe of the 1980s and with one another on set. What was it like engaging with fellow young actors on set? Was there opportunity for that?

There was! We worked in a school area, so I got to meet some of the other cast members, background kids, and crew. They were all so sweet and funny. It was such a great time on set, filming, meeting everyone, and talking about the script. It was also really fun working with people my own age because when going into auditions, you don’t get to talk to people very often. Everyone’s focused and trying to get ready for their audition. Getting comfortable and getting to know people in a work setting is what I really like to do.

Do you get to work with people your own age often?

Depends on what it is. If there’s a class I’m taking, there are going to be other kids my age. It’s not as professional when we’re working or training [to talk with other kids]. Class is more of an opportunity to make friends and work together. It really depends on the project.

Getting to see you play a smart young Black girl in the film reminds me of what Black Girl Nerds is all about. I’m very curious about the archetype of the smart Black girls you portrayed here versus other movies you’ve seen.

The difference between my character and other smart Black girls I’ve seen is how they didn’t go overboard with Emily. They didn’t try to push for the “obvious” smart girl. They make it subtle. You see how she’s very organized in her clothing, how she acts, how she’s put together. When my character says, “I’m not a nerd, I’m smart, there’s a difference,” you’re able to see how clear that is, unlike in other movies I have seen.

It was especially impressive to see how the film shows without telling why young white boys were so intimidated by a young Black girl being smart. How did you emotionally prepare yourself for that scene beforehand? How did you take care of yourself after?

Preparing for that scene wasn’t as hard as I thought it would be. I have been in similar situations where people are angry or intimidated about what I know. I tried to manipulate it in a way that would fit Emily in how she would deal with this situation. I also realize she wasn’t as forward as I would be. You see how she gets pushed down. She doesn’t do much until her soon-to-be friend [Lydia] steps in and has her back.

Both you and Vivian Falcone, who plays young Lydia, were great in that scene. This isn’t a question, just a statement: I would be really interested in a prequel of sorts where you and Vivian grow up together in Chicago.

That would be so cute!

What do you hope to take from this experience in future projects?

To be more loose, confident with booking roles. I’ve never worked on a production as big as Thunder Force. The whole time I was anxious and afraid I would mess up or that I wouldn’t be hired again. But meeting the cast and crew made it easier than I thought it would be. Be serious, but don’t stress yourself out about it.

We come to find that Emily’s power is the power of invisibility. What would be your superpower and why?

Oooh! I would say teleportation because I tend to run late to things. The places I would want to go I would be able to arrive on time! I would say flying, but I would be too scared.

In a lot of the projects I have watched and the auditions I have been to, they typically cast the Black girl as a side character. It’s rare you would see them as a lead. Always the best friend [who is always there to help], or the bully. At first you’d think, “Oh there’s a Black character, that’s what we want to see.” But my hope for the future of my career and all Black girls’ careers is we will finally be cast as leads, not typecast as “The Black Girl.” I hope that’s in the future for us and less of a fight to get through.

When you see auditions call for “all ethnicities,” in the end, they most likely select a white girl. They call in other ethnicities, but they already know where they are going with the character. It’s frustrating because I have seen this so many times. I just want there to be a fair fight. Until then, I’m going to keep fighting until I get the roles that I deserve.