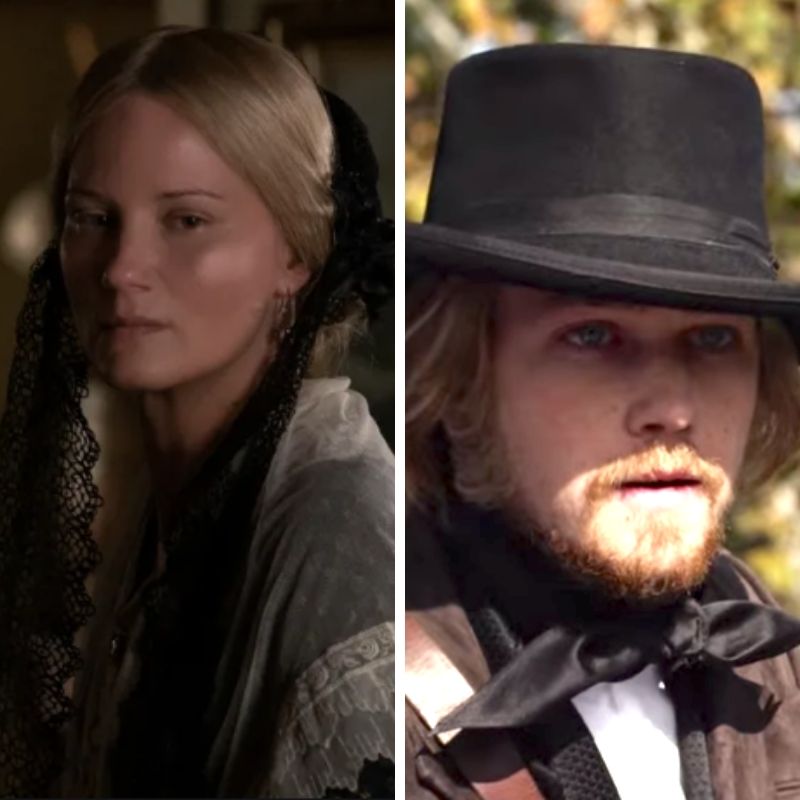 Harriet is Jennifer’s first feature role and Joe, a Brit, was new to this very American story. During an intimate interview at TIFF, we discussed topics from process to passion in relation to how they approached and were affected by these emotional and challenging roles.

Roles in films always affect actors in one way or another. How have these roles affected you?

Jennifer: As I’ve touched on before, I had to really get in touch with a place of desperation — Eliza was a desperate woman. More than anything, beyond my character and the overarching story of “live free or die,” I am inspired by a great story. To get to be a part of Harriet’s story in any way? I’m hugely proud of that — to be a part of that story and hopefully have played a small role in inviting people to see it.

Joe: Getting to be a part of telling the story affected me, especially coming from my point of view. I didn’t know about this story before. We didn’t have this in school, learnings about Harriet.  So coming to it fresh in that sense, getting to discover what she did, what she achieved, and her monumental strength — I was shocked that there hadn’t been versions of films made before, and now is the time to tell it. It’s amazing it hasn’t been told before, and it’s amazing, perhaps, that it’s not in a curriculum beyond the States. To personally learn about it and be a part of telling it, like Jennifer said, to bring other people in to learn a part of her story, is very special.

Joe, when the story came to you as something new, what did you think? How did it strike you?

Joe: I thought it was incredible. It is the most amazing story and a most powerful story. It’s both very, very dark and incredibly uplifting. She’s a woman who’s completely full of strength and courage and perseverance in a way that you cannot make up and cannot imagine. I was struck by that and by her.

Both of you are coming to this as a “firsts.” Jennifer, it’s your debut for feature film, and Joe, you’re new to this very American story. How did you take care of each other on set?

Jennifer: Joe experienced this in his work with Cynthia [Erivo, who plays Harriet]. More than anything, especially when there are, for lack of a better way to put it, the “violent” scenes, there is an intimacy level that one has to reach with the person with whom one is working to allow for those permissions and surrenders on both sides. To say you are going to go there wholly emotionally and I am going to emotionally wholly experience this by your lead — I think those kinds of moments, especially for our characters because it’s not like we [Eliza and Gideon] are “all in this together,” our characters are very confronting — I think it’s those kinds of moments, those small intimate ways, especially from a craft perspective that one makes allowances to each other.

Joe: Kasi [Lemmons, director] would say, “No one is playing games here.” [The work required intensity.] Instead of distancing ourselves [the cast] from each other, we were really in this together. Jennifer had this amazing energy on set, so brilliant and kept everything alive and uplifted.

Jennifer: [Laughs.] In an intense way! It was an intense character, but fun to get to do.

The synergy your characters had was really wonderful. It shows.

Jennifer: Eliza loves Gideon, but she also does not like him; there is a tension there and disappointment on an expectation that has not been met.

Jennifer: And I don’t even like Joe! So there was no acting at all!

Joe: If he does, he doesn’t know that he does. I think the whole thing is he’s unconsciously completely tangled up inside and doesn’t understand his own feelings, and that’s why he works himself into this rage and pursuit that he does. I think he’s deeply confused, but he lives in a world where he’s not allowed to be confused, where things should be clear-cut. So if he does love her, I don’t think he would recognize what that is really, or he wouldn’t let himself recognize that.

Your acting work shows this very strong choice towards Harriet. Sometimes it seems like he could have loved her, but as you’ve said, he wouldn’t know what to do with it, or even have a word.

Joe: It wasn’t a world for it to be allowed.

Jennifer: It’s all super complicated. Super complicated. But that is something we talked about. Kasi talked about the whole system of slavery. It was very complex, [with] multi-layered relationships going on — super familiarity and deep intimacy in regards to home space and living and family and people having children, and yet this strange divide that was supposed to be kept. I can’t imagine. It’s hard for us as humans in 2019 to wrap our heads around that because there is so much distance now. But you can see as you really start to dissect it that there are super complex relationships. I think he loved her.

We loved her, too!

Harriet is in theaters November 1st.

Cynthia Erivo Is the Only Black Actor Nominated for a 2020 Oscar, and She’s Not Going to Win

Review: ‘Harriet’ is a Poster Child for a “Yes” Vote on the Reparations Bill