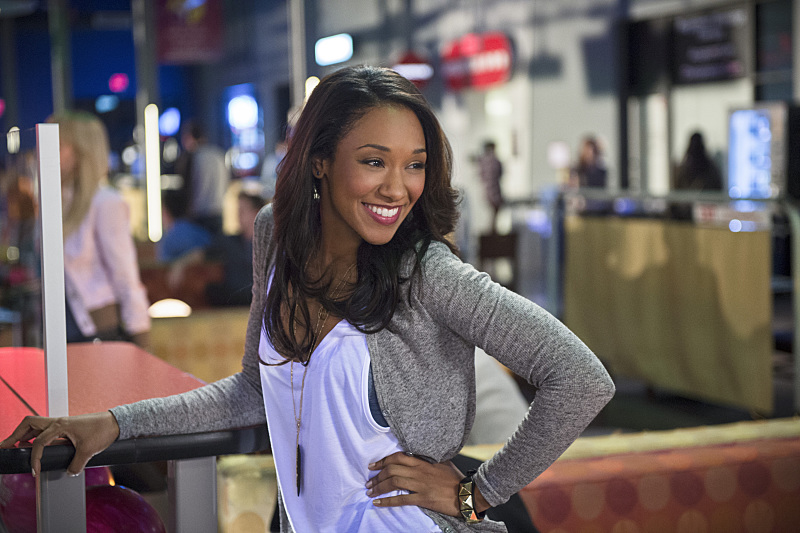 In this essay, I will explain why black women need Iris West. For 60 years, iconic comic book lovers Barry Allen and Iris West have always managed to find each other no matter what part of the multiverse they reside in at any moment in time. Whether it is lightning, love, the power of the Speed Force or some combination of all three, speedster Barry Allen is head over heels for Iris West. In the hit television series The Flash, Iris Ann West is portrayed by black actress Candice Patton while her superhero lover Barry Allen (AKA The Flash/The Fastest Man Alive) is played by white actor Grant Gustin. Both bring kindness, sincerity, humor, and a syrupy sweet, heart- breaking level of feels to their on-screen relationship. They are so damn cute and because we all know they belong together, it’s easy to root for them. This is how we love our on screen couples, right? Not so fast – no pun intended.

In the underbelly of the internet and now even out in the open, there are very vocal viewers of the show who obsessively love or hate the fact that Candice Patton is Iris West. At first glance, it would seem that some fans simply dislike her because they feel she isn’t a good actress or they don’t like the arc of her character, but upon further inspection, there are very dark motivations behind some of this hate. On the flip side, there is much support for Candice Patton by women and girls who very seldom, if ever, have the chance to see themselves on television being loved, longed for, doted on, or tongue-tied over, the way that Iris is by Barry. Consequently, there is a very real argument to be made about why her casting and the unfolding of her story as Iris West was such a bold and important move for all of us.

For too many years, there have been a limited number of black women in healthy relationships on television. In the Flash series, Iris West is the object of Barry Allen’s complete and utter affection. There aren’t very many women of any color that can say they wouldn’t want a partner to see them in that light. Imagine being a woman or a girl who rarely sees herself reflected in the images that she sees on television, even though she is an avid watcher and admirer of the small screen. Imagine being a woman who never sees a man care for her just for who she is. Imagine not ever seeing a friendship be the solid foundation on which love is eventually built. In the relationship between Iris and Barry, we see all of that and more. Whether Barry is zipping Iris’s dress or making her breakfast or Iris is reminding Barry of how great he can be, they have loved and supported one another throughout the series. 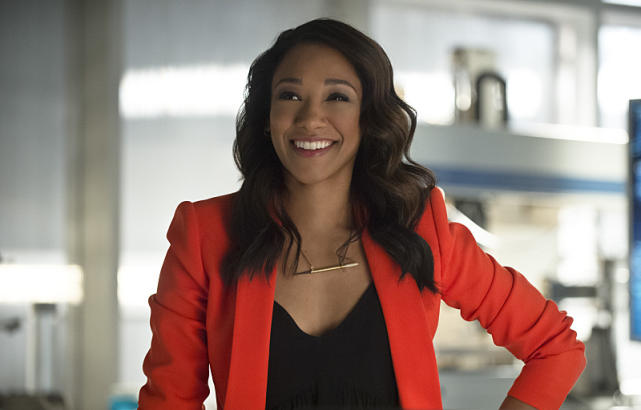 Black females desperately need to see themselves held in that regard and reciprocating that type of love when they turn on the t.v. In fact, white females need to see it as well. It is because we don’t see it enough that Candice Patton’s role is so controversial to too many people. There are not enough images of black women being loved unconditionally on television without scandal or secrecy, so when it is presented to us we act out in a variety of ways.

The division on social media is staggering. The most zealous and outspoken fans in cyber space are fiercely defensive of Patton (Gustin as well) and protective of the relationship labeled as WestAllen. You can find Twitter pages and Facebook pages dedicated to this fictional relationship. You will also find fans of the show ( many happen to be of non-black heritage) who disparage Patton and advocate for a pairing of Gustin’s character with a white female on the show or even for his character to be homosexual rather than be in an interracial relationship. This “war” is characterized by ugly tweets being sent to the actors and actresses, producers, and writers of the show, not to mention the mean and hateful messages users send to one another.

The Flash is a fun, family friendly series that tackles relationship drama as expertly as it tackles heroics. The dynamic of Iris and Barry is a big part of why the show is so successful and simultaneously one of the reasons it gets so much criticism. The creators and writers of the show are courageous for their casting decision and for the way they have continued to beautifully craft the story of Barry and Iris. Though wrought with superhero angst, their relationship is portrayed in a healthy light. Candice Patton is brave to continue on in this role knowing the gravity of what her portrayal means not only for black girls but all girls. Her presence on the show as a leading lady, deserving of love for no other reason than being herself, is a much-needed gift and lesson to all of us who watch each week.