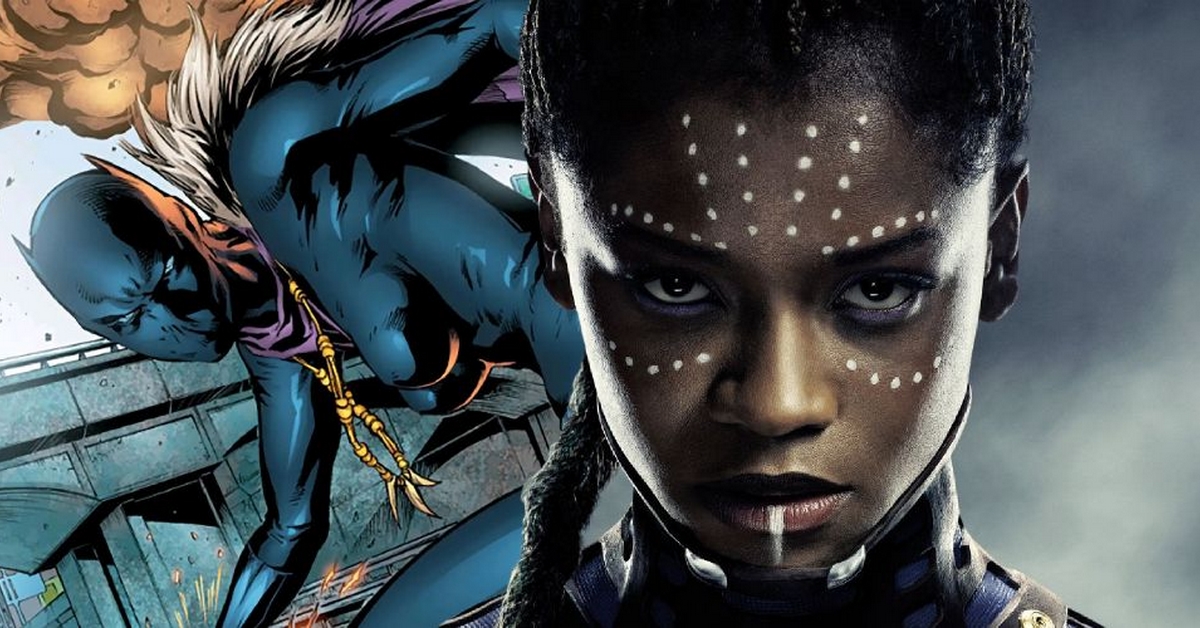 Besides possessing genius-level intelligence, Shuri, the princess of Wakanda and the sister of King T’Challa/Black Panther, is a rightful heiress to the throne of Wakanda. As a daughter of now late King T’Chaka and a masterful tactician and martial artist, Shuri always aspired to become the first woman to become the Black Panther. Chadwick Boseman’s untimely passing and the supposed appearance of Namor the Sub-Mariner in the upcoming Black Panther: Wakanda Forever begs the following question: Is Shuri ready to rule Wakanda, and does she even want the throne?

The ending of 2018’s Black Panther movie raised certain discussions among moviegoers and fans of Marvel Comic and the Marvel Cinematic universe, with one of them being: “Will we ever get a solo movie for Letitia Wright’s Shuri?” Well, as the comic book history of the character suggests, Shuri might be in line for more than just the throne.

Due to tragic circumstances, MCU’s Black Panther: Wakanda Forever stands as one of the most heavily re-written scripts in MCU’s history, with its narrative being at the center of a lot of conflicting information. To make things even more mysterious, Marvel Studios has been tight-lipped about who the next Black Panther is, turning the question into the movie’s most prominent selling point and perhaps even hinging the primary storyline on this in the upcoming film.

With the unfortunate passing of Chadwick Boseman, Disney and Marvel Studios were left with two options: either replace Boseman and generate a public outcry that will inevitably give rise to actor comparisons, or stay within official albeit broader and hastened canon, by making Shuri the new Black Panther, and subsequently a ruler of Wakanda.

As the latter represents a scenario that aligns with the events canonical in Marvel lore, a cinematic re-hash of Brian Michael Bendis’s Dark Reign storyline stands as the most viable choice, where Shuri will first don the Black Panther mantle. Thus, the story of the upcoming movie gets written by itself, so to speak, while keeping the entire plot within the limitations of a canonically acceptable narrative. And while the first Black Panther film brought us a more technologically inclined version of Shuri, the Shuri from the comics fostered hopes and desires of becoming a Black Panther herself.

In the Marvel Comics Universe, Shuri trained to undergo combat trials that young royals need to overcome to become the Black Panther, proving that she’s a brilliant combatant and martial artist equal to her brother T’Challa. Prior to the events of the first Black Panther film, which saw T’Challa’s rise to power as King of Wakanda but not his ascension as the Black Panther, Shuri broke into the arena to challenge her uncle, S’yan, for the title of the Black Panther. However, by the time she got there, another fighter has already defeated S’yan and claimed the title. When the victor was unmasked, it was none other than T’Challa — her older brother.

Through a series of events depicted in the comics, Shuri’s fighting prowess earns her a nomination for the mantle of Black Panther when T’Challa fell into a coma due to injuries sustained in battle. However, upon consuming the Heart-Shaped Herb, she was rejected by the Panther God Bast, who essentially bestows the powers on Panthers, because of her pride and arrogance. Despite deeming her unworthy, Bast didn’t destroy the princess because of her transgressions but instead named Shuri the protector of Wakanda without granting her the powers of the Black Panther.

It is often said that those with the power to lead are not chosen but called upon. This turned out to be true, in Shuri’s case, as she managed to save Wakanda, banish a supernatural enemy, and keep Wakanda united as T’Challa was restored to health, proving to Bast that she has all it takes to become an actual Black Panther. When T’Challa recuperated, he rightfully passed the mantle of Black Panther to Shuri, shifting his focus on being the King of Wakanda. This allowed Shuri to better focus on honing her skills as a Panther.

In the meantime, at least according to Black Panther comics, Doctor Doom manipulated the events to turn Namor the Sub-Mariner against Shuri, beginning a relationship filled with friction between Atlantis and Wakanda. This relationship would later escalate into a full-blown conflict between the two kingdoms. With rumors suggesting the appearance of Namor the Sub-Mariner in the upcoming Black Panther: Wakanda Forever, it’s entirely possible for this conflict, or at least its impetus, to find its way into the narrative. That would put Letitia Wright as MCU’s next Black Panther, and if the story stays within the canon, the future Queen of Wakanda.

The comics tell a tale in which the conflicts between Atlantis and Wakanda escalated to a point in which King Namor flooded Wakanda and Shuri ransacked Atlantis. T’Challa tried to remedy the situation and fabricate peace with Namor, but the new Black Panther was furious with her brother’s attempts at peace. So Shuri ousted T’Challa from the throne. Besides being Wakanda’s prime Black Panther, she also became Wakanda’s Queen.

Taking a few steps back, the fact that Shuri managed to prove her worth to Bast is indicative of her fitness to rule Wakanda and sit upon its throne. She’s apparently ready to rule Wakanda. But when it comes to matters of wanting the throne, remember: those with the power to lead are not chosen; they’re called upon.

With everything said, her appearance as the new Black Panther within the MCU remains the subject of heavy speculation. As we previously said, the Marvel Cinematic Universe intends to build the entire Wakanda Forever movie upon the question of who the next Black Panther is going to be. And since you can’t have a superhero movie without its titular hero, it’s safe to assume that Letitia Wright’s Shuri will, at the very least, entertain the idea of assuming the mantle of Black Panther. In our honest opinion, given the character’s comic book history, Shuri is the most viable option and a most likely bearer of the mantle of Black Panther.