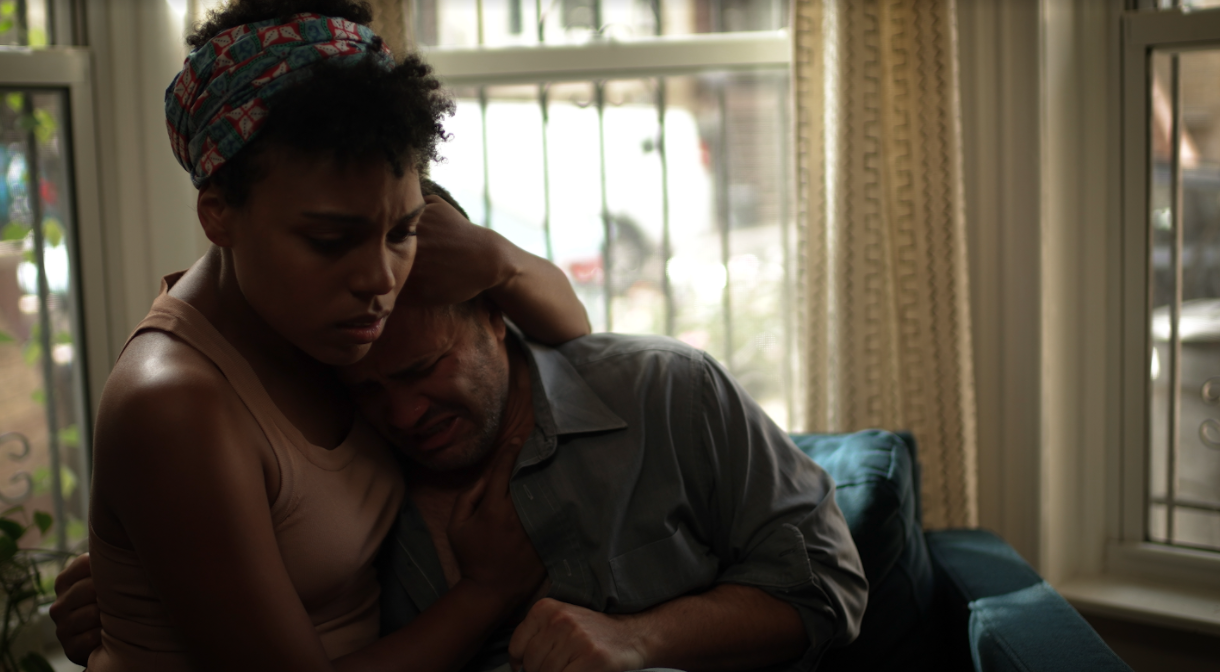 A press release flew across my desk declaring a new film by critically acclaimed director Jordan Bayne. Red Flags is a short feature that stars Isi LaBorde as a woman whose relationship is in the throes of domestic abuse. The short explores the intricacies of the relationship and how the abuse becomes equally a member. The film was released on January 26th and is now available…on the blockchain.

Admittedly, this information excited me just as much as it confused me. The most I know of Bitcoin is the $10 in crypto that Lil Nas X sent me on Instagram. How could I watch a movie from blockchain? What’s an NFT? What about Web3? How do I tell people to watch LaBorde’s soul-stirring performance?

First, let’s talk a little more about Red Flags. The quality is astounding, and Bayne packed a lot into the time she had. The turbulent couple in the film are played by Isi LaBorde and Gabriel Furman, and Red Flags features music from upcoming artist Aliah Sheffield.

You may recognize LaBorde from her feature performance in Jay-Z’s video “Smile.” LaBorde is a North Carolina Native who is now based and working in New York. I had a chance to sit down with both LaBorde and Bayne over Zoom to talk about the process of making the film and why Bayne chose to release it on Blockchain.

Isi, can you tell me about your background?

Isi LaBorde: I discovered theater while in school at Cornell and I transferred to NYU to pursue an acting degree. The video for Jay-Z was very much shot like a short film, kind of like how Jordan approached this project. She saw me in that video and reached out to me. We met and she told me about her vision for this project. I was really drawn to it. I’m typically drawn to people who are really trying to send a message with their story.

Jordan, what got you involved with the film?

Jordan Bayne: I was approached by someone in the NFT creator space who wanted to pay some of her good fortune forward. She asked if I would be willing to do a project with Aliah. When I listened to her music, [the song “Red Flags”] really resonated with me. I haven’t personally experienced domestic violence or intimate partner violence, but I do know what it feels like to be in love with the wrong person. I think it’s easy to get caught up in the romanticism, and I wanted to turn it on its head. I felt it was my responsibility as a storyteller to bring light to the truth of these relationships.

One unique thing about this film is that it has a beginning, middle, and end and yet we don’t necessarily see the core issue resolved. There is the idea and hope, Isi, that your character is leaving for good or at least giving herself some distance, so in that way it can be aspirational, but it’s not for sure that she doesn’t go back to continue the cycle. Tell me about how you approached the character.

IL: For starters, I just had to listen to women who have endured this kind of abuse. I listened to as many stories as possible. I think the most interesting thing I found was that the women I’ve listened to were all completely different, from different socioeconomic backgrounds, different life stories, education levels, etc. But the men — most of the relationships I looked at were female/male relationships — the men who were the abusers all fit the same kind of profile. Everyone talks about this arc of the relationship. Things start with love bombing and idealization, and it’s this picture-perfect love story. I think no matter who you are, it’s so gripping and compelling to fall into something like that. Then slowly the relationship turns into manipulation.

Why do you think that manipulation isn’t always enough to end things?

IL: Because it comes back full circle, the love bombing, the apology, the right thing that drew them in in the first place.

JB: When I made this I knew it would be an unflinching look. I talked to Isi and Gabriel — who was so brave to take on that role. I told him there were no monsters here. For me, there were two broken human beings who are caught in a cycle. And his cycle, she’s feeding into it, or she can break it.

I found it interesting that the man wasn’t constantly overbearing or violent. The woman wasn’t constantly a shrieking and diminutive presence. There’s a scene where Isi is holding Gabriel and he’s crying. There’s a mothering aspect to it, like it’s giving her back a little bit of power. Was it important to show these stages of the relationship?

IL: Well when the script was presented, it didn’t have a timeline. I constructed one for myself as an actor, but the whole setup had a strong purpose. The cyclical nature of these relationships is that every time you forgive or every time they come crying with an apology or begging for forgiveness when you’re in that moment you don’t see it as a red flag. But when you’re watching it as a full story sometimes it’s easier to see. One of the things Jordan asked me was if this was the first time the abuse happened between them. And something like that fits into the way she presents the story.

Red Flags will be available exclusively via blockchain. Ultimately the idea behind the crypto/NFT phenomenon is to give digital goods (or NFTs, “Non-Fungible Tokens”) provenance or establish ownership digitally and without error. The worth of these items is established using a decentralized currency called crypto. You’ve probably heard of Bitcoin, which was one of the first brands of cryptocurrency and definitely the most recognizable. Red Flags will be available using Ethereum, a Bitcoin alternative.

Many creators of film and music are currently using Web3 and the blockchain to securely distribute their items while essentially knocking out the middle man in the process. They maintain full ownership of the final product and have the ability to sell exclusive rights directly instead of having to work through a distributor or studio.

It’s very much in its experimental phase, but Bayne in particular has found the process to be more than fruitful. She’s been using her platform to uplift other directors, mostly women and people of color who aren’t always prioritized in the conversation. The freedom of this method is one that will be promising to young filmmakers looking to make their mark without a large studio presence. We thought Kickstarter was a joke and Go Fund Me wouldn’t catch on, and both became huge. Kickstarter delivered over 150 projects that went to the big screen.

Red Flags found a collector right away and is available now on the blockchain. Find more information on the website.