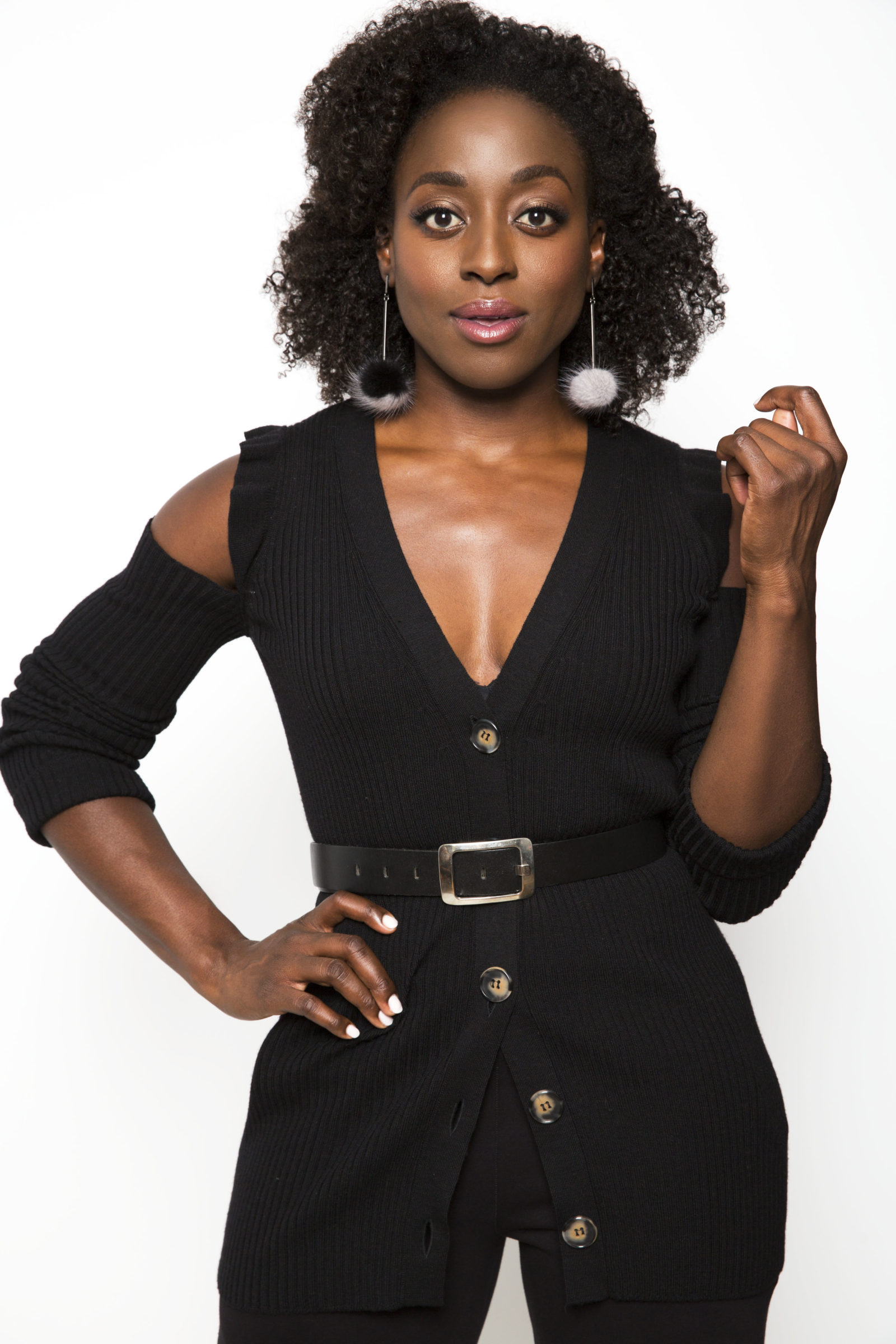 From an internship at the White House during the Obama administration to becoming an actor on Broadway and TV, Ito Aghayere’s star is consistently rising.

The Canadian-born Nigerian actress has appeared on such TV shows as Logan Lucky, The Blacklist, and Elementary. She was also nominated for the Lucille Lortel Award for Outstanding Lead Actress in the theatrical play Familiar in 2016.

Ito Aghayere stars in the new CBS series Carol’s Second Act, playing resident Dr. Maya Jacobs. Everybody Loves Raymond star Patricia Heaton returns to network comedy in this series about her character Carol, a divorced mother retired from teaching who decides to start over and pursue her dream career as a doctor. Dr. Jacobs (Ito Aghayere) is in charge of Carol and the other three interns.

BGN had the opportunity to sit down with Ito Aghayere to discuss her new role on the impending fall sitcom, and we also took a deep dive into politics. Aghayere had some very strong opinions on how the culture of hatred in the Trump administration started as early as when Obama entered in office, and she reveals a new thriller called White Devils (schedule permitting) that she may be attached to from Blumhouse productions.

Can you briefly share with our readers about your character Dr. Maya Jacobs?

Absolutely. My character is a physician. She’s an internist. She’s very efficient at what she does. And she’s a perfectionist. She has very high standards for the people that she trains because she takes her job seriously. As you’ll come to find out in the series, there’s a lot of reasons why she has to hold herself to such a high standard. A lot of it has to do with the fact that she is the only Black female doctor in such a senior position at the hospital.

I think one of the really great things about this show is that it has a lot to do with otherness. It has to do with this woman, Carol, in her 50s, who stands out from everyone around her. She faces a lot of pushback, just because she’s different. She is a ball buster and an incredibly strong, very alpha woman in this role that is often male-dominated and not ethnically diverse. So I think what’s really great is that you see these very strong female characters come to respect each other in a really deep way, just because of the intensity of what they have to do on the day-to-day at the hospital.

What makes Carol’s Second Act stand out compared to other sitcoms?

I think what really stands out about this show is it’s written by two women [Emily Halpern and Sarah Haskins] who are not intimidated by telling real stories about women. I think that is a selling point of our show. It’s not about these imaginary characters that only exist in this world. You’re going to see characters in the show that remind you of your mom, that remind you of yourself, sister, brother, uncle, or aunt. It’s a show about ordinary people doing really incredible things. I think that’s a lot what you’ll find at hospitals across the country — people who do incredible work to save people’s lives and take a backseat to the needs of other people around them. Emily and Sarah have created this world about these very realistic people, these women who have a lot of stuff that in their everyday lives that they have to put aside to do the work. Because ultimately, as you know, we come to find out in a hospital setting, you have to rely on the people who you work with to a different degree than people in other industries. In a hospital, you have a team of people who are taking care of these patients.

Did you study the medical field or watch medical dramas at all to prep for this role?

My parents are Nigerian. So if you’re familiar with any Nigerian kids, children of immigrants, there are only 5 professionals appropriate for you to go into. One of those was being a doctor; the other four are an accountant, a lawyer, someone in academia, and an engineer. So at some point in time, if you’re a Nigerian kid, you’ve studied pre-med, you’ve been on the pre-med track. I am the same. I was pre-med before pre-law before I became an actor. I did study medicine for a little bit while I was at Duke.

I understand that you have a background in politics. You have a degree in political science and you interned at the White House under Obama’s administration. What was that experience like?

President Obama never wants to be the smartest person in the room. There were aspiring lawyers, aspiring musicians, all interning under the same president. It was exhilarating to be seen as a storyteller who loves politics, and not anything less because I was studying to be an actor.

I feel like we’re in such a different world now, compared to when the Obama administration was in power —

[Interrupts] I disagree in part only because of the Tea Party movement. I honestly think if you look at that, if you look at the history of political whiplash, you actually will find the seeds of what we see now were growing in 2010, 2011, and 2012. We are not immune. I’m a Democrat, but we are not immune from being in a bubble. One of the big lessons that I learned from working for the Obama administration is that five years out, I think to myself, the conversations I had while I was there had a lot more to do with what we’re going to do to further our own causes and help our team rather than perhaps a more holistic view in terms of what are our blind spots? What are we not seeing? We always have to be conscious of who we’re not acknowledging, who we are not seeing, who are those people in the blind spot of our victory. This is perhaps a more aggressive pivot that we’ve had to make from Obama to Trump. But I think that the seeds of this kind of erosion of a lot of the regulations and policies that Obama put forward were long in the ground before Trump came around.

Are there any new projects on the horizon that we should know about?

There is a project coming next year; it’s called White Devils. It’s at Blumhouse and is directed and written by Leon Hendrix III. It’s a thriller about an African-American dad with his two sons. He takes them out into the woods to live there away from any understanding of what race is after the death of their mother at the hands of a police officer. It’s such an incredible story of fatherhood, pain, and restoration. I think it’s going to change the game. But that’s gonna be coming out next year. I hope to be attached if my schedule will allow it. That’s something I’m really excited about that’s on the horizon.