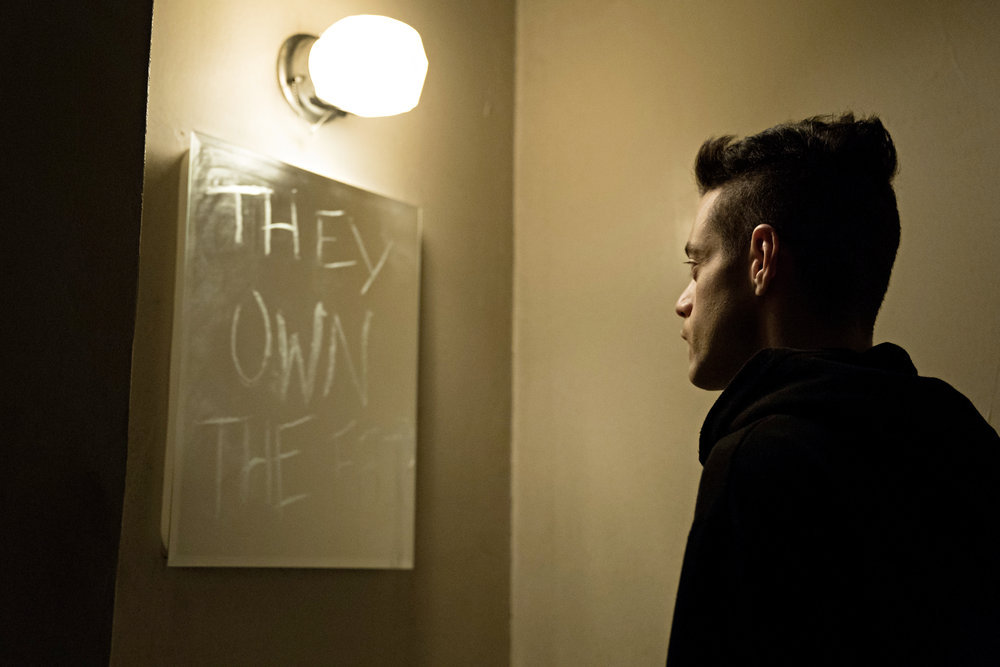 It has been yet another wild week within the Mr. Robot fandom and I have some thoughts about this week’s episode.  I also took the pleasure of being a guest on USA’s Mr. Robot Digital After Show  hosted by The Verge.  We’ll discuss more on that later.

Tyrell Has Had Some Stunning Character Development

I’m not sure how Sam Esmail did it, but somehow he’s convinced me that Tyrell Wellick was this self-centered, greedy, opportunistic homicidal maniac.  And he’s now rejected, defeated, broken and powerless. Tyrell has undergone a complete 180 and now I feel sympathy for this character as opposed to the disgust I felt towards him in season one. Granted, Tyrell is STILL a homicidal maniac and was ready to kill Mr. Robot the moment he mentioned Joanna’s name. Mr. Robot was literally saved by the bell.

Elliot Hacked A Car And It Was Brilliant

The hacking and social engineering of motor vehicles on this show is so fascinating to me. Looks like Irving got a dose of his own medicine when Elliot forces a car that Irving is test driving to a complete stop and hijacks him.  He hijacks him using information as opposed to using a weapon.  Essentially his information and threats are his weapons.  Looks like OnStar is going to need some extra security since we’ve seen twice this season how its systems have been compromised by hacks.

Domlene is the portmanteau ship for Dominque and Darlene. Darlene took advantage of Dom by seducing her so she could get access to her FBI clearance to break into the Sentinel.  In “eps3.3_metadata.par2” Dom opens up to Darlene about her sexuality by telling her she’s a lesbian. Knowing this information, Darlene uses this opportunity to go back to Dom’s apartment and the two engage in sexual intercourse—hence the ship of Domlene now becomes canon. Fans have been hinting at this ship since episode four.

It’s bad enough that we see the Amazon Echo Dot during every commercial break week after week on this show, but now they insert product placement in the episode too?  When Darlene heads back to Dom’s apartment ready to “do the deed” Dom’s drunken and misguided self, shows Darlene how her Amazon Echo Dot works by saying; “Alexa give me the daily five-nine”. So now I will likely purchase an Amazon Echo Dot myself like the gullible spender that I am, and ask the same thing just to see what Alexa has to tell me.

Protect QWERTY At All Costs

So Angela has gone completely off the deep end.  She’s full cray.  She’s talking to someone in her apartment but we don’t know who and for some bizarre reason, she has loaves of unopened molded bread in her kitchen. It’s pretty clear Angela is not taking care of herself, and QWERTY does not deserve to be in this situation.  I’m really hoping Elliot takes QWERTY and protects him! And please someone get Angela to Krista!

I was too focused on Domlene to realize that another ship was happening at the same time. Grantrose—the portmanteau ship between Grant and Whiterose. These two are a dynamic duo and have been for several seasons now.  While I was thought and assumed their relationship was strictly professional, I realized during this episode that Grant and Whiterose are a whole lot more.

I Was On The Mr. Robot Digital After Show! 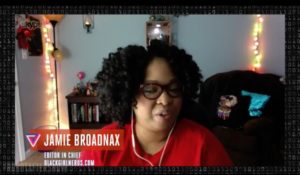 I talked about many things, the fandom behind the hashtag #DatBot, my favorite episode of the season and the topic of ships.  When the question came up, I brought up Domlene because that was one of the more talked about ships since we saw some heavy foreshadowing happening in episode four.  Grantrose threw me by surprise and I did omit them from my discussion which I now regret:

ARE YOU KIDDING US WITH #Domlene@BlackGirlNerds??? @carygrantchang and I are not okay with this. Shipping #TyrELLIoT this holiday season? Give us a break. #GRANTROSE all the fn way. WE EVEN REHEARSED AND HERE’S THE PROOF. @whoismrrobot#epi309#datbot@verge#stickyricepic.twitter.com/hmjHLgYBNh

Okay, I should have totally mentioned this ship on the AfterShow!

So going forward it’s all about Grantrose.  Besides, Domlene is over since Darlene was only in it for the Sentinel and Dom feels completely betrayed.  So let’s use #Grantrose along with #DatBot for the official hashtag of the show!

Stay tuned with me one last time for the SEASON FINALE episode of USA’s Mr. Robot which airs every Wednesday night at 10pm/9c. You can live tweet with the @blackgirlnerds community on Twitter under the hashtag #DatBot.