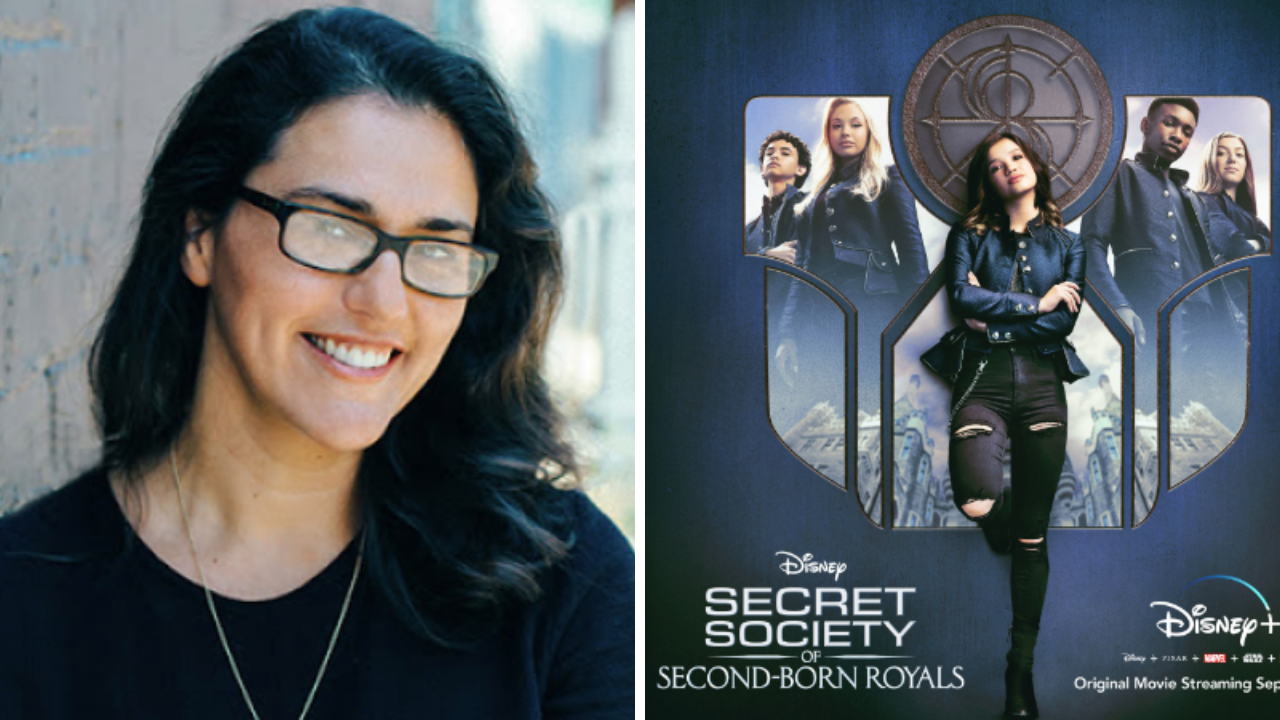 Secret Society of Second Born Royals is redefining what it means to be the second child in some royally magical ways.

This original Disney+ movie provides viewers both young and old with some compelling characters and a diverse cast, as well as many secrets revealed that will change everything.

The movie focuses on the story of Sam, a teenager who isn’t exactly cozying up to the idea of being royalty. As a rebel and second in line to the throne of Illyria, the last thing Sam had planned is to embrace her role or follow the rules.

However, all of that changes after an unexpected discovery is made, which not only turns Sam’s world upside down, but also could determine the fate of the world.

Directed by Anna Mastro with a screenplay co-written by Alex Livak and Andrew Green, the film stars Peyton Elizabeth Lee, Niles Fitch, Isabella Blake-Thomas, and many more youthful and talented actors. Together, they represent a diverse cast that isn’t usually reflected in superhero movies.

BGN was able to catch up with the talented award-winning director, writer, and producer Anna Mastro. Working in film and television for years, Mastro has become a formidable force in Hollywood as well as an inspiration for many aspiring filmmakers.

Anna has directed a variety of television genres that include Marvel’s Runaways, L.A.’s Finest, In the Dark, Shameless, UnREAL, The Bold Type, Gossip Girl and Jane the Virgin.

While her career began in commercials and music videos, as she worked with iconic names such as The Pussycat Dolls and others, her multiplicity of talents has continued to broaden through new and exciting platforms.

BGN was able to catch up with Mastro on her experience directing Secret Society of Second Born Royals, and Mastro was keen to clue us in on both the obstacles and the rewards of being a female director working hard to create a meaningful vision.

Without further ado, please make way for these royal questions.

What are some of the challenges that you’ve encountered as a female director?

There have been many. First and foremost, it’s getting the opportunity to pitch on the job. I think that has definitely been the biggest challenge in my career, and it seems like it’s actually getting better, as of late. So, that is very exciting, to be living in a time when there are so many female directors who are getting shots to make stuff. We’re still sort of in a male-dominated industry.

Occasionally, you get on set and you will ask various male crew members to do something and they don’t take you seriously, so I think we still encounter a little bit of that. But it is really rapidly changing and that depends where you are. We’re trying to get more women both on and behind the camera, too, so it is changing.

What are some of the hardest parts of directing pertaining to Secret Royals and beyond?

We get these stories that are sort of written a certain way and you want to dream and use vision and interpret them, but you’re really always up against the challenge of budgeting and making those days and getting good performances.

I think first and foremost about the performance of the cast. Then you want to have a really cool visual style, depending on what you’re working on. So, that’s sort of like: Set up a plan and then have a lot of backup plans. I think one of the biggest challenges with this movie that I haven’t done before, which was kind of a big part of why I did the movie, because it was really scary, was to figure out what the world building would be like — figure out what the area looks like and also figure out what all of these powers looked like.

It was incredibly challenging, especially with characters in terms of powers. When you tell someone to do something, that they do it, it’s very hard to figure out how to show that and set up the rules of some of these powers. So that was a big challenge on this one.

What do you love most about directing in general and with Secret Royals?

I have the best job in the world. I basically get to tell stories, which is always something I love doing — getting to make something visual that makes people see themselves on screen or have a different sort of experience for an hour and a half or two hours, depending on if it’s a TV show or a movie.

I get to be surrounded by great people at their craft helping me achieve this goal and also such cool actors who are so magical, and I get to travel a lot of times. It’s the best job in the world. I love it.

What was your favorite scene to direct in Secret Royals?

Oh, man, that is so hard. One of my favorite scenes is actually this sequence when Professor Morrow fights this bad guy in the woods. We had a really good time shooting this fight sequence. It was quite fun, and we worked all the way through the night. So, I think when you do that, there’s this fun and camaraderie on set.

I also loved shooting the whole rooftop thing with the kids on top of the coronation. That was a really fun sequence to shoot. The coronation was stunning and beautiful and really fun and such great fashion, and we got to bring it all together. It was the coronation of my dreams, and then getting to do this whole fun workshop sequence with these actors up there, and was actually our main actress’s 15th birthday. So, it was a very special shooting day.

I cannot believe we shot that whole coronation in six hours. Well, all of the pieces of it. We really couldn’t afford to have a lot of days or a lot of time with a lot of extras. So, it was really a challenge.

Do you have a favorite character, and if so, why?

Roxanna is probably one of my favorite characters in the movie. I love her character because on the page, Roxanna was really written as this over-the-top, very influenced by social media, character who had a lot of followers, but not a lot of real friends in real life and not a lot of exposure or friends seeing her true self, only showed her projected self. So, I really think she always had a soft spot for me in the script.

Then when Olivia Deeble auditioned, and then filming with her, I think she steals your heart. In so many of the scenes, she becomes more human and really understands having friendships. I mean, I just find her funny. I feel like she has a more realistic body type to kids. She’s a super skinny girl, but she’s stunning and she’s funny, and I loved working with her.

What do you think are the important takeaways from Secret Society?

I think that’s a really important message all the time for young people, but especially right now. Everyone’s kind of in isolation, feeling left out and not being around a lot of people. As they go back into the world, it’s going to be a more awkward time than ever. I think it just celebrates what makes you unique and wonderful.

I’m really thrilled that we can present something new for kids right now at a time when they’re stuck at home for the most part, but also that we were able to really present a version of the world in this movie that is like I grew up in, with so many other people that it’s diversely populated and it’s really a gold mine.