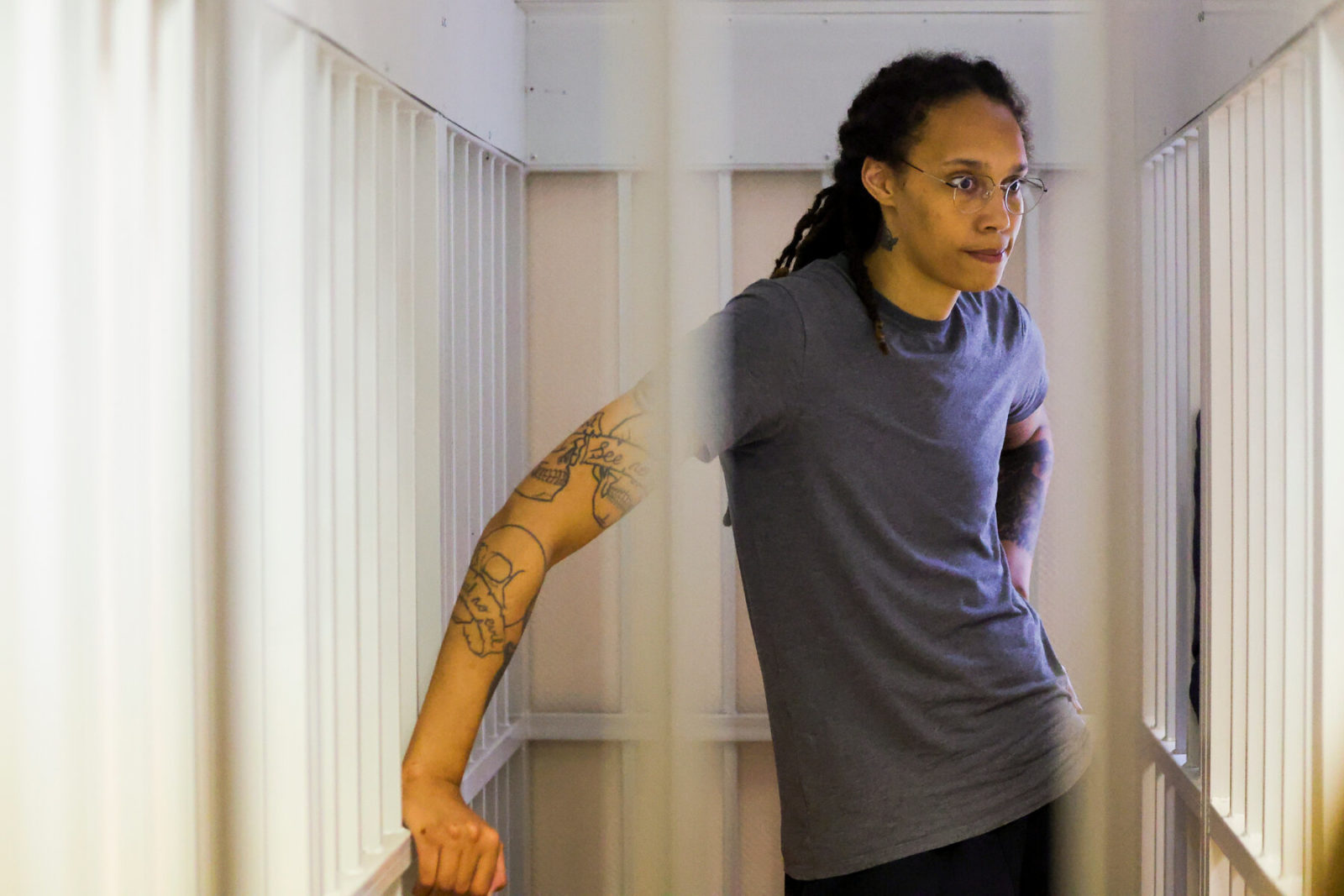 Brittney Griner was taken into custody in a Moscow airport in February 2022 for alleged possession of hashish oil. The Phoenix Mercury superstar was convicted on August 4, 2022, and is currently serving a nine-year sentence for drug possession. Griner will appear in a Russian court again on October 25, 2022 for an appeal.

This is one of the biggest stories to come out of the WNBA this year. Griner’s teammates, fans, and even celebrities have been outspoken about bringing her home. The US State Department considers Griner to be “wrongfully detained” and has made an offer to the Russian government to bring Griner home alongside Paul Whelan. (Whelan is the former Marine arrested in Russia on December 28, 2018, and accused of spying. Two years later, he received a 16-year prison sentence.)

If we think about the level of adversity she has had to endure since she was arrested, coupled with inhumane conditions at the Russian penal colony, it’s no surprise that Brittney Griner is struggling. She shares a cell with two other prisoners, is only permitted to shower twice per week, and is complaining of headaches and pain. She’s also sleeping on a bed that doesn’t exactly accommodate her 6 foot 9 inch frame.

In a recent interview with Gayle King, Griner’s wife Cherelle shared details about her latest phone call with Griner and how she may not have the capacity to get through this. Griner spoke as if she has just about given up, feeling as if she has been forgotten.

As we watch Russia currently instigating ethnic violence toward non-Russians in Ukraine, in the 1920s and 1930s it was a different story. Soviet Russia was seen as a place of equality by Black people. History can be incredibly cruel.

Writers and poets during the Harlem Renaissance era willingly and frequently took their talents to Russia. They felt that their opportunities in the United States were limited, and the multi-ethnic Soviet Union was a better place to spread their wings. Poet Claude McKay arrived there in 1922 and was well-received by Soviet leaders and achieved celebrity status. He later wrote that he was “able to cast aside color consciousness” for the first time and feel himself to be a “poet, rather than a Black poet.”

Other Black American writers, including Langston Hughes and Paul Robeson, traveled to and lived in the Soviet Union, where they were given the opportunity to travel, work, and study. Hughes wrote that he “found dignity denied in his native land,” and Robeson wrote at length about his positive experiences.

Like these Black writers, Griner is at the highest echelon of her field — an NCAA, Olympic, and WNBA champion. Even with this, she was not appreciated enough to be paid as such. During every off-season, for the last 14 years, Griner also took her talents to Russia to supplement her US salary.

While the NBA is known for the glitz, glamour, and astronomical salaries, a WNBA player’s salary cannot exceed $500,000 per year, including all bonuses and marketing deals. So, when you consider that Griner is a two-time Olympic gold medalist and an eight-time WNBA All-Star, $500,000 is an insult. However, she did not even earn that in the current season due to the incident in Russia. According to Spotrac, Griner’s salary for the 2021/22 season was just $221,000.

Some people continue to blame Griner for her predicament but they’re missing a much larger point. She is essentially a hostage of a government that cares little about human life and certainly nothing about hers — a woman; a Black woman; a gay, Black woman; a celebrity basketball player. Exactly one week after Griner’s arrest, the Russian Army invaded Ukraine, a war that is still going. How this all ends, no one knows. But what we know for sure is that Brittney Griner is caught in the middle.

With the best intentions of raising Griner’s case, civil rights advocates made the mistake of using race politics to try and shame President Biden into bringing her home. Of course, Russia noticed. President Biden has a lot of pressure to bring her home, while Russia just wants to make him and the United States suffer. Again, Griner is caught in the middle.

You see, history can be incredibly cruel as it waves the white flag for us to seek everything we’ve been missing. Yet as it unfolds itself, the rules change, and we realize we were never truly free to begin with.

As we wait to see if the court will overturn Griner’s conviction, there’s a greater chance of her sentence being reduced. She will have the opportunity to address the judges, along with her lawyers. A ruling will be handed down shortly after it all concludes. We are all hoping and praying for the best possible outcome — which is to bring Brittney home.