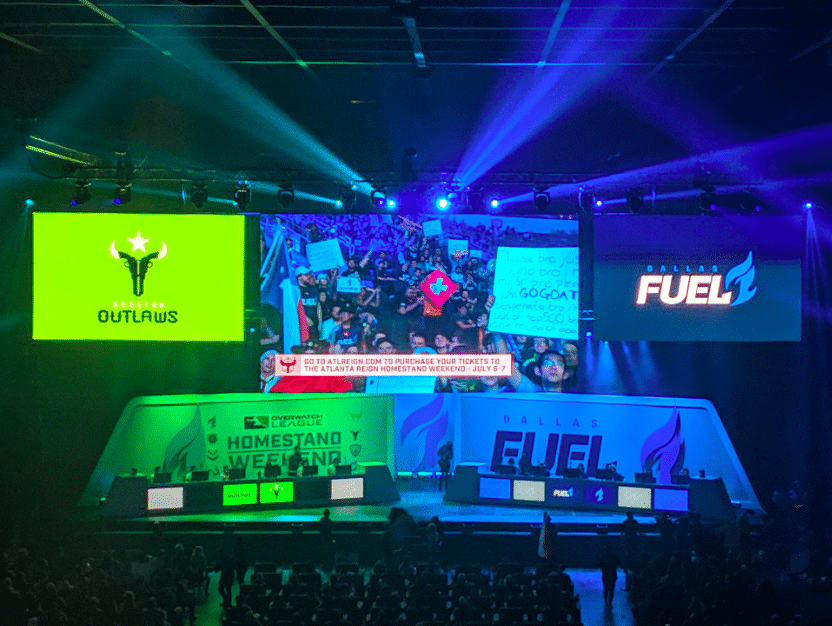 Jack in the Box has done it again! The eponymous corporation has sponsored Dallas’s very own Overwatch team, the Dallas Fuel.

Jack in the Box has managed to be a part of another big cultural movement. This time, it is not about their food — they are leading the way to yet one more sports team. E-sports are becoming a cornerstone for our culture. It is gaining traction with help from their fans, who are dedicated to their favorite teams. The Dallas Fuel held their first ever home game tournament. Last week, crowds gathered together in Dallas to witness their Overwatch League team demolish the competition. The Dallas Fuel currently holds the title undefeated at home games. 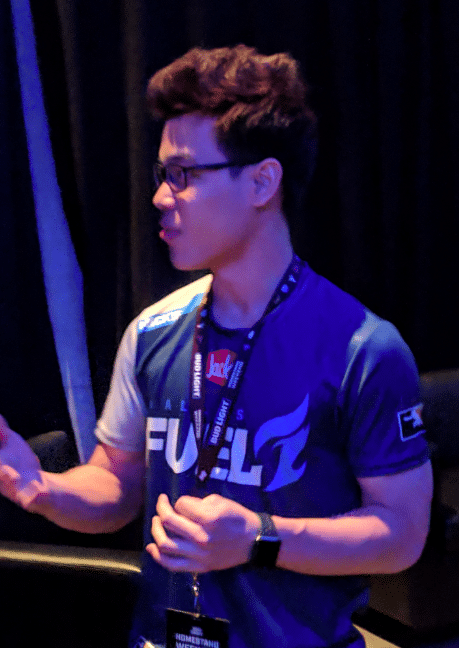 When Jack in the Box sponsors a team, they go all-out with their opening ceremonies. The Allen Event Center stadium held more than four thousand screaming fans. As they waited patiently outside for the doors to open, the excitement grew. Inside the stadium, the services could not have been better. The event center amenities ranged from the beautiful selection of food and drinks to the very comfortable chairs (because sometimes you just want a Coke Zero and a comfy chair when you’re enjoying a game). The amount of free stuff, giveaways, and grand prizes alone were a great start to an already anticipated event. The stadium was jam-packed with large numbers of diverse people from all across the globe, who traveled just to see their favorite teams in action. The event sold out, leaving many wanting to be a part of the next big event. 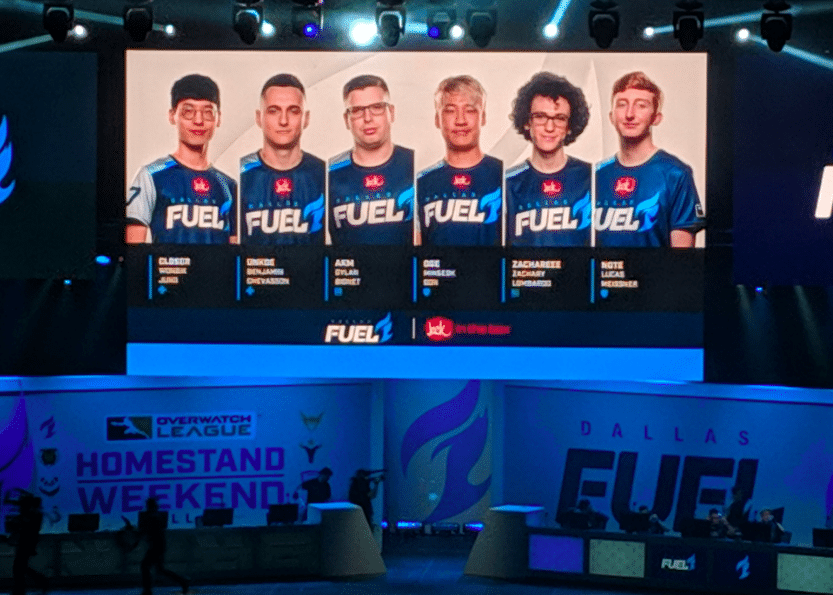 Before the initial start of the games, large groups huddled together to debate their favorite characters, teams, and even about what was to come. The Ultimate Weekend solidified and cultivated a community across many people and distances. Overwatch has managed to do what many others sports have done in the past — bringing zealous fans together to enjoy the experience of watching a game. The aficionados were relentless in their support for their teams. These fans really go all out.  Some devotees were as mild as wearing a jersey from their favorite teams, while others painted their hair or face or even both. Yet, still others took it to a whole other level with an entire cosplay. 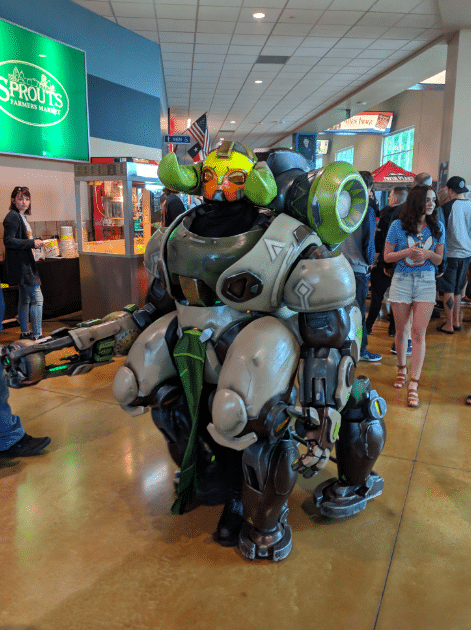 If this first ever event in Dallas proved anything, it is that Jack in the Box coupled with E-sports provides a phenomenal experience for its fans. The Dallas Fuel followers demonstrated that if games are played in their home turf, they will attend with great gusto and support. All across the stadium, navy blue jerseys, banners, and posters were worn, carried, and waved to show support for their team. As the players made their way to their first ever home game, the crowd exploded with excitement and vigor. Each fan trying desperately to touch the hand of their favorite player in hopes that a little of their magic would rub off on them.

Once the players stepped on stage the light show both excited and astonished the fans. Then, as soon as the first game had launched for the Dallas Fuel, the energy of the crowd erupted. The cheering of the fans almost went in harmony as one grand voice pierced and permeated the walls of the stadium. Fans like myself quickly got their phones out and started posting online with such hashtags as #OWL2019, #TheFirstHomeGame, and some even going as far as to tag the sponsors Jack in the Box. Nothing could escape the robust roar of these devoted followers. The audience shouting their maxim, “Burn Blue!” was all that could be heard. 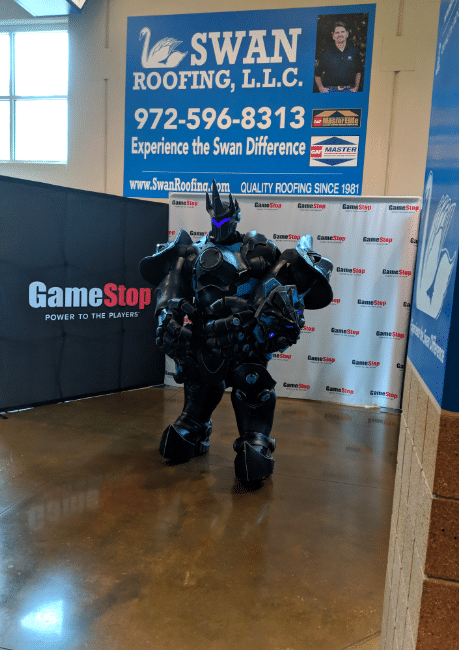 After the first victory match over the Los Angeles Valiant, the cheer continued to spark and fanned the blue flames for its audience. The Dallas Fuel home games allowed many to come together and show off their team pride. This was an enlightening experience for many reasons, one of which was its ability to allow marginalized groups to create a space where their events could be recognized as a real sport. It also allowed communities to explore each other’s fanatical devotion to their teams.

The following day was the showdown that many had been waiting for: The Houston Outlaws vs. The Dallas Fuel. These two Texas crews clashed together for a melee of epic proportions. The brawl pinned Texans against one another. Every individual cheered on their favorite plays against their opposing players-in-arms. Signs showing, “I live in Houston, but my team is Dallas,” proved that Texans have pride in their teams and are loyal despite geographic location. In the end, the Houston Outlaws put up a terrific fight, but were overpowered by the Dallas Fuel. 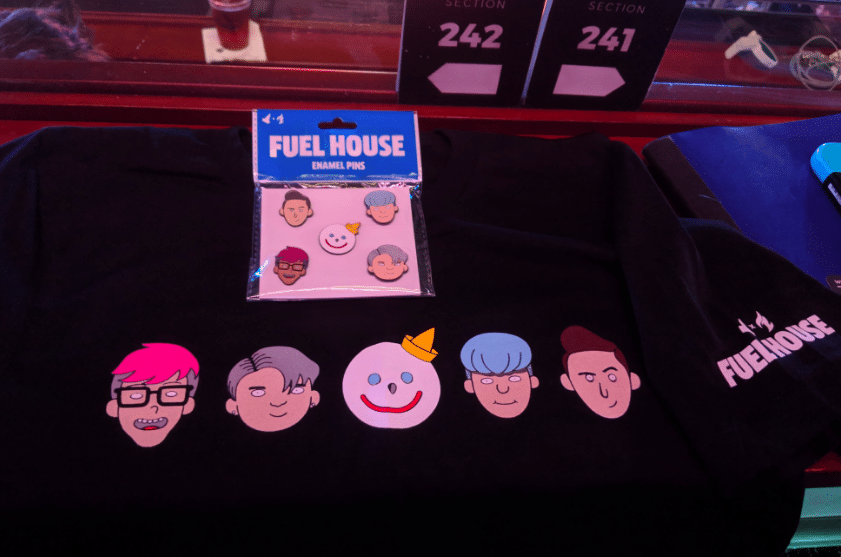 With the battleground being their home city, the immense turnout for an Overwatch League game indicated that there is a demand for more home-based E-sports. Could we possibly see Jack in the Box hosting more events like these Ultimate Weekends? This writer hopes that the next game is in my hometown of Houston.

A New Overwatch character Has Arrived…Doomfist