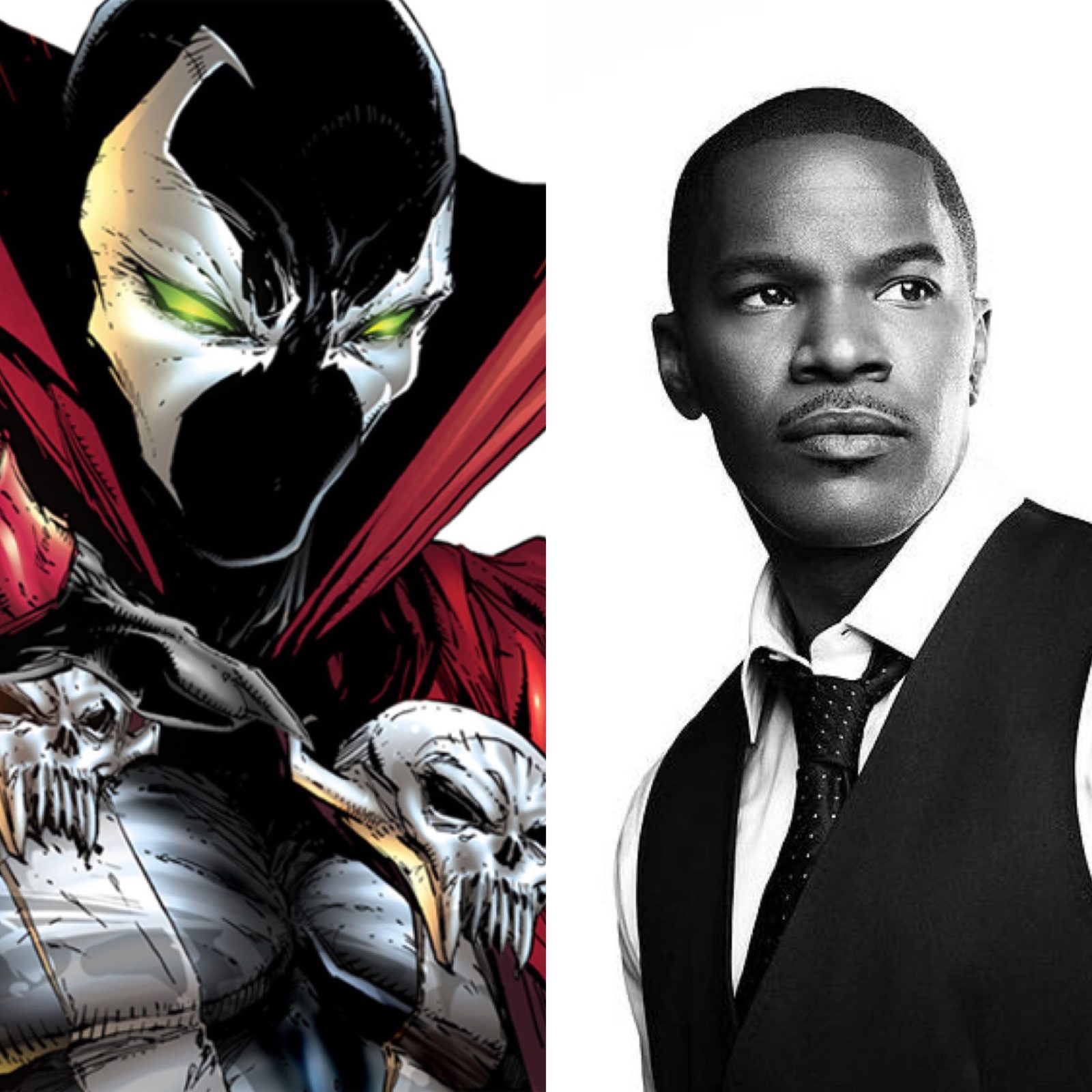 Today Deadline reported that actor Jamie Foxx is set to star in Spawn, the Blumhouse film that marks the directorial debut of legendary comic book creator Todd McFarlane from the scripted adaptation of his comic book creation.

Foxx will play the character who started out in the comics as Al Newman, a member of a CIA black ops team who is betrayed twice. After being set up by his cohorts to be murdered with his corpse set aflame, Newman is double crossed in Hell. He is convinced to become a Hellspawn warrior in exchange for being able to be reunited with his wife. But Spawn finds himself stuck in a demonic creature shell, and that his wife moved on and married his best friend. So this is one pissed off antihero who attends to dispatching the scum of the city in good and evil battles that encompass earth, heaven and hell.

This isn’t the first adaptation of the comic book. The film was made in 1997 as a superhero horror film based on the comic book character of the same name. Directed and co-written by Mark A.Z and starring actor Michael Jai White as the title role.

It’s also reported that McFarlane expects the budget to be between $10M-$12M for a dark R-rated realization of his vision that will certainly make an impact on the ambiance of the film. With R-rated films like Deadpool, it will be interesting to see how Spawn will play into this breed of gritty genre comic book stories.

“We are thrilled Jamie Foxx will be playing the title role in our movie adaptation of Spawn,” he said in a statement. “He is an incredible actor and a huge fan of the Spawn Universe that Todd McFarlane created. With the depth of talent Jamie can commit to the role and Todd at the helm bringing the world of Spawn to life, we could not be more excited for this film.”

We look forward to seeing Jamie Foxx take on the mantle of Spawn.

5 Things We Must See from a Spawn Reboot