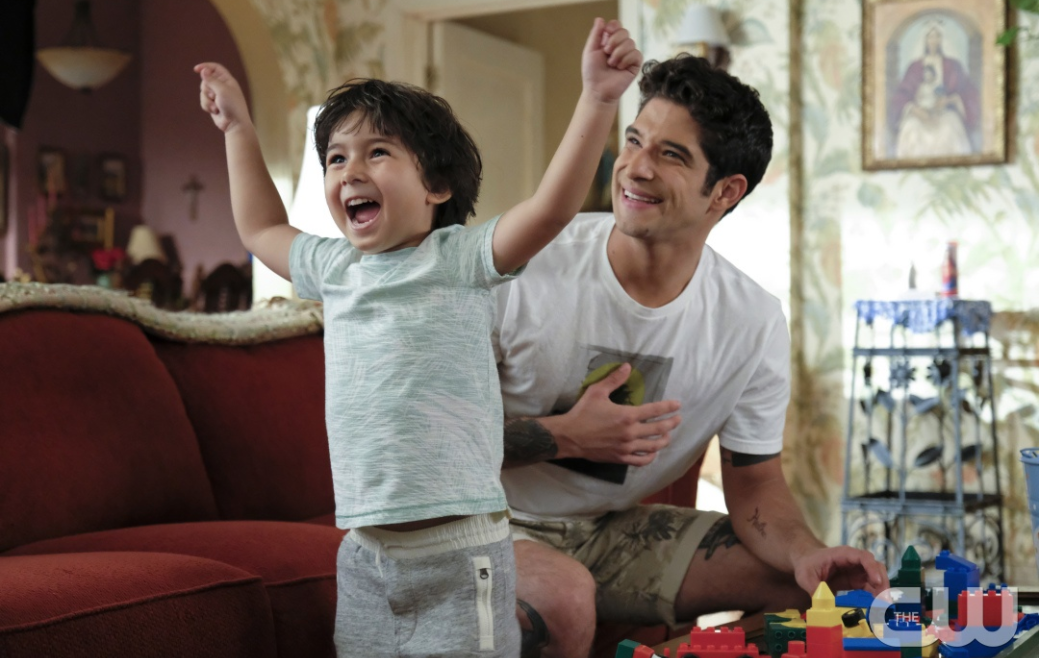 Last Friday’s Jane The Virgin Secret Agent acted as a time warp for our lovebirds, Jane and Adam (and the Villanueva/Solano family by extension). Our narrator learned to speed through the too sexy/too boring parts of the show, and just give us the reactions. The time warp gave Jane some carefree spontaneity and even enabled Mateo to have his own “superpowers.”

This episode opens with Jane and Adam sneaking around to avoid Mateo (which includes signaling with curtains and a series of complicated knocks after Mateo leaves the house), just until Jane is ready to formally introduce the two with her perfectly executed plan. A plan that’s blown to smithereens when Mateo comes rushing back into the house, sees Adam on top of his mom, and promptly proceeds to toddler-punch this “stranger danger.” This incident leads to Rafael’s disapproval of the relationship based on Alba’s prior bias (you’ll remember these two have become buddies) and a tense lunch whereby Adam fails all of Rafael’s grilling. Meanwhile, when Mateo picks up on Rafael’s intense dislike of Adam, Mateo decides not to like Adam either. Jane suggests the three of them attend a baseball game. Rafael doesn’t go for it initially, but two weeks later, that’s where he winds up because his own “plan” didn’t have the desired effect. It’s there that Adam tells Mateo he has the power to freeze time—entertaining a bored Mateo and actually endearing him to Rafael. Until Rafael sees a boob picture on Adam’s phone (that winds up being just a friend helping Adam to design Jane’s book cover).

Not that Rafael really has any room to judge anyone else’s relationship maturity, considering he’s using Katherine mainly for her ability to help him re-gain control of The Marbella. Yep, the drama at The Marbella was heightened tremendously this episode with Petra’s mother finding out that Katherine is simply a cover for Rafael to buy the hotel back. When Petra’s mother and Anezka confront Petra about this, Petra agrees to pay the two to go back home and never travel to the States again. However, this episode also ends with an associate of Sin Rostro’s (aka Rose aka Louisa’s lover) saying that they’re going to need to burn down the hotel to get the money to get Rose out of jail, so who knows what’s ~really~ going to happen?? And let’s not forget the narrator’s warning at the end of the last episode that someone is going to die.

My heart can’t take the suspense.

But on to some of the realest parts of the episode: Darci! She and Esteban have been in somewhat of a time warp themselves! They’ve been dating for barely a week (according to Rogelio) and he’s going to ultrasounds with her and has convinced her to try a Home Birth. While Rogelio was initially loathe to have anything to do with Esteban, he’s ultimately able to put their grudge behind him, for the sake of the baby and Darci’s happiness. He and Xo are with Darci, Esteban, and the dula every step of the home birthing process; Rogelio even gets in the birthing pool and gives one of the most impassioned speeches I’ve ever heard him give. This speech, paired with the presence of both of the men in her life, helps ease Darci through the painful contractions to give birth to a baby girl.

Every episode so far this season seems to be a winner, but I especially loved Chapter Sixty-Seven. Rogelio got to be involved in his baby daughter’s life in a way that he couldn’t be in the time leading up to Jane’s birth. He humbled himself and is continually weathering Darci’s mean-spirited insults in order to not upset her. He and Ro constantly open up their hearts and their home for Darci (and now Esteban), and are doing their best to create a welcoming environment for two people they really, really dislike. Xo and Ro are creating and caring for an extended family, even though it seems like neither of them have historically been the most responsible people, and the joy I feel at watching their characters both develop and mature is heavenly.

Don’t miss a new episode of Jane The Virgin tonight on The CW at 9 pm ET/8 pm CT.