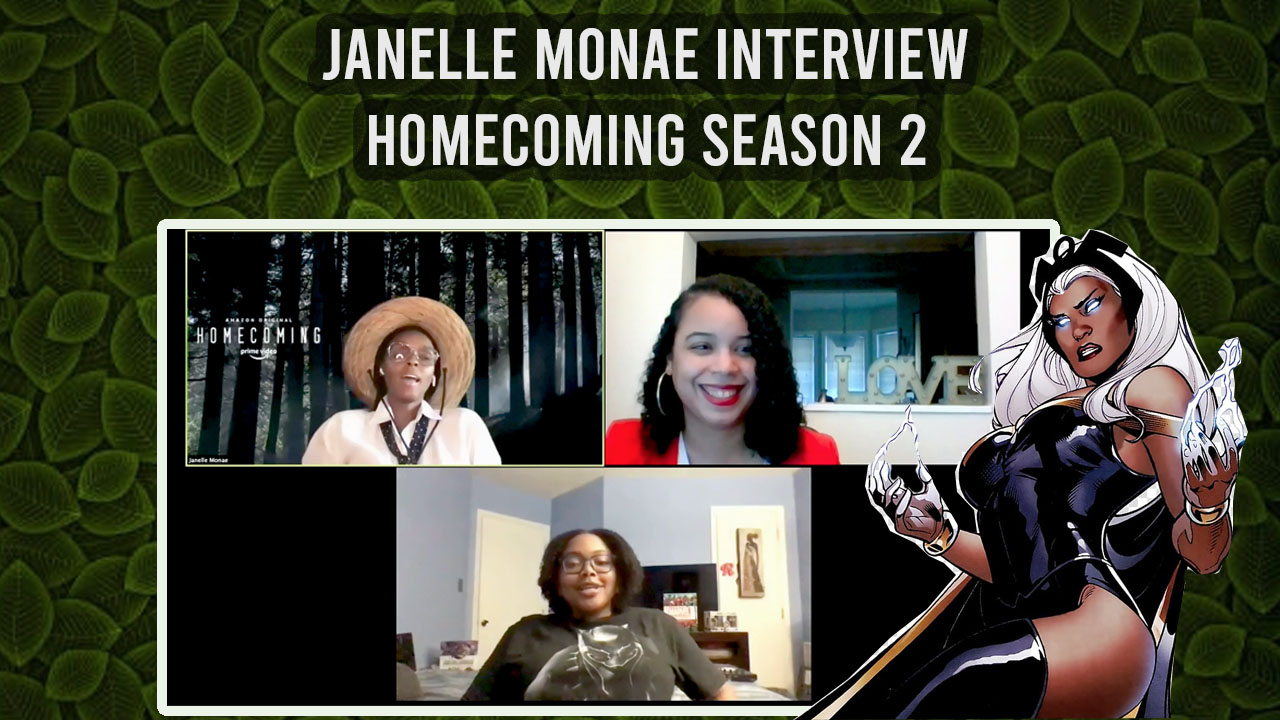 In an exclusive one-on-one interview with the incomparable Janelle Monáe, she discusses her new role in season 2 of the podcast turned TV series Homecoming.

She plays a mysterious woman named Jackie who encounters a more insidious version of the program underway. She co-stars with actor Stephan James who reprises his role as Walter Cruz. Janelle talks about how she approached playing this role and her interest in playing Storm if she could choose to play a superheroine.