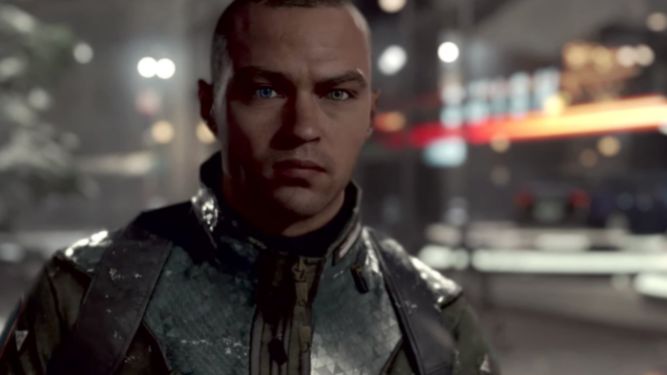 I cannot express how revitalizing E3 was this year! With impressive presentations, anticipated and unexpected game reveals, I feel my list of expectations was fully covered. However, what set apart E3 this year were a few unexpected moments that occurred throughout the conference, these two in particular. The first of the two unexpected moments were the appearance of Sleepy Hollow actress Janina Gavankar. She appeared during EA’s conference in which the show elevated to astronomical levels of excitement. I felt that same love went to Grey’s Anatomy actor Jesse Williams, the second unexpected moment for he appeared in the trailer of Detroit: Become Human by developer Quantum Dream.

I can confidently say that E3 splashed a bit of color upon us!

Actress Janina Gavankar appeared on stage with a group of Stormtroopers at her side. She wore a Galactic styled dress and represented her character in Star Wars Battlefront 2 whole-heartedly. I felt her enthusiasm, especially when she mentioned that her mother was present to share her grand moment at the conference. That moment alone touched the audience for it was followed by applause. 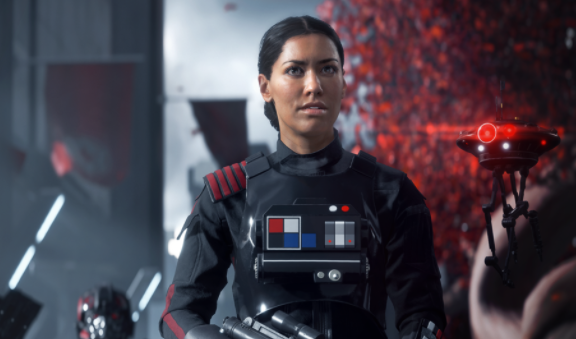 In Star Wars Battlefront 2 Gavankar plays Iden Versio, an Imperial Commander who was given the reigns over special tasks group, the Inferno Squadron. Gavankar is also known for voicing Agent Maya Sankar in Hunt the Truth, a Halo 5 podcast in 2015. Nerdy indeed, Battlefront was not her first whirl with video games for she’d gotten her foot in the door and made her way to the E3 stage. It was clear she owned her character, that she was genuinely proud of this role and even made an excellent host for EA’s presentation. Quite enjoyable.

Jesse Williams surprised me with his appearance in one of my most anticipated titles, Detroit: Become Human. Portraying a character by the name of Marcus, he drew me in with the newest trailer shown at E3. It revealed himself as a compassionate yet powerful protagonist, a character on a mission to free those androids from the hands of humans. When I saw that Williams was portraying a lead character in this title, I concluded it to be a refreshing change in the gaming community as it adds a dose of color to a character lead. According to IGN, Williams revealed that he is the game’s “third playable character” in a roster of many others.

So, let’s take a moment and celebrate diversity in gaming with Gavankar and Williams. I won’t lie that seeing more diverse characters is exciting, something I’d been looking forward to for the longest. Looking at the history of E3, the conference could use more moments where the developers and actors can smile upon their project and shine in their own spotlight, like something to proudly share with the audience before them. I feel those prideful moments this year are what made E3 2017 unexpected yet satisfying. I hope to see more moments like this in future gaming conferences.