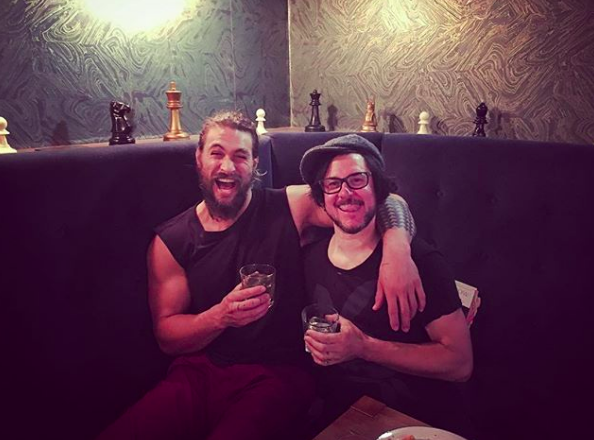 It was confirmed this morning through Deadline that actor Jason Momoa and filmmaker Corin Hardy has cut ties with the reboot of the iconic drama-fantasy film The Crow. Deadline’s Mike Fleming Jr. says the following:

“I’m told this has to do with creative and financial differences with Samuel Hadida, whose Davis Films holds underlying rights and who was financing the film. Production was gearing up to start within the next five weeks in Budapest, and the picture was in full pre-production with Hardy presiding.”

The film was due for an October 11th release date through a Sony Pictures distribution deal.  However, it’s been revealed that the deal was never finalized and the relationship with the major film distributor has already been compromised. It’s also believed because of the fact that Sony’s deal never closed — is what led to both Momoa and Hardy’s exit.

Relativity Studios is producing the film and brought in Corin Hardy to direct in 2014. However, now that both the film’s director and star have decided to call it quits on the remake, only time will tell if this movie will linger in production development hell for several years or if the studio can regroup quickly to find a new cast and crew for the picture.

Brandon Lee starred in the first of The Crow franchise in 1994.  The movie sparked controversy shortly after his tragic death in an accident where the actor was killed by a gunshot wound to his abdomen during filming. The film spawned sequels but never lived up to the brilliance of the first movie.

What is your opinion on a possible reboot of The Crow?  Good idea? Bad idea?  Should we just leave the franchise alone?  Sound off in the comments below!