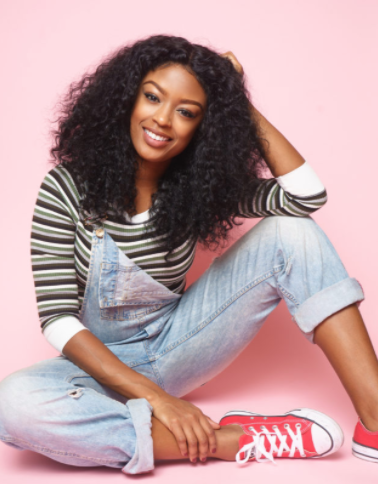 Last week was the historical premiere of CW’s Batwoman starring Javicia Leslie in the titular role.  Batwoman is currently the only series with a Black female superhero leading her own show. Season 1 of Batwoman starred Ruby Rose as Kate Kane and the episode “What Happened to Kate Kane?” answered some questions about her recent disappearance. Stepping into the spotlight and ready to take on Gotham City is Ryan Wilder, played by Javicia Leslie who is ready to take us on a new journey through her lens and this new season is about to get interesting.

BGN had the opportunity to speak with the actor in a phone interview to discuss the details of playing Ryan Wilder and what we can expect to see this sophomore season.  Javicia talks about doing her own stunts, the origin of Ryan Wilder/Batwoman, and how her hair will shape her identity this season.

Seeing you in action as Batwoman is exciting to see. Was it just as exciting for you to film those scenes, the moment you put on the suit?

Yeah, I think the moment you put on the suit you just become a superhero in your mind. You just feel a responsibility. So it was a lot of fun.

What were your favorite moments to shoot during filming?

Did you get a chance to do any of your own stunts?

I do most of my stunts.

Is that something that you chose to do on your own or did production encourage you to to do your own stunts?

It was something I wanted to do.

What kind of journey can we expect from Ryan Wilder this season of Batwoman?

Ryan is just like your girl next door. She’s this girl that is your everyday person and she had a rough upbringing. She had a rough beginning. Her mother died when giving birth, and then she went into the foster system. She finally was adopted by the woman she considers her mom now. She’s with her, and she’s built this beautiful relationship. She loved her dearly, and then her mother was killed in front of her. So she comes from this broken path built from a lot of hurt and pain after her mother died. She ended up trying to help a friend out, got caught up, and went to jail for a crime she didn’t commit. When she comes out of jail, she can’t get a job. She can’t get a home, and then she stumbles across the batsuit. She initially wants to use it for her own reasons. What she ends up finding is that the world sees the suit one way. She has to become a hero. What I connect so much with Ryan is that her journey shows anyone can be a hero. You usually see Batman and Batwoman coming from these wealthy families. And just to watch her become the superhero shows that she’s inside all of us.

Did you read any comic books to prepare for the role?

I’ve watched superhero movies, and I watch a lot of superhero TV shows. So if anything I brushed up on my whole Batman knowledge in the Batman world. It comes at full speed once you start filming, and there are little nuggets of things that I didn’t understand. I always forget the original names of a lot of these villains, and we drop them as little nuggets throughout the show. So I went back into the world of Batman and got acquainted with all superheroes, all the villains, all of the different characters so that I can be completely up to date with everything. I also find other elements of other superheroes that I connect to.  I love the Flash and how personable he is. I love him as an individual, not even just him as the Flash but him as Barry, being very kind and putting others before him. I think that that’s something that Ryan has accomplished. But then I look over at Black Lightning to see powerful Black superheroes and characters. That also is something that I think that I could gain knowledge and experience from.

So, it wasn’t like I did one specific comic or specific show or movie. It was a collaboration with everyone to see everyone’s take on this world. When you get cast as a superhero, you don’t go through superhero training. You don’t learn how to hold your hand, there’s no superhero coach here. I had to figure it out on my own, and I figured out what I wanted, what was classic to a superhero and what I thought was cliche. I wanted to try something different. That’s really the journey that I went on with this whole role.

You mentioned shows like The Flash. Will we see some cross-pollination happening between The Flash and Batwoman this season?

I don’t know. Right now I think with COVID, a lot of what we want to happen is on hold. So, it would just depend on what the regulations allow us to do.

So I’ve got to ask about the hair. I’ve seen Batwoman’s hairstyle differently on the show, and in the poster art. Will we see some hair changes throughout the season?

She’s going for her ideal look of what a Black superhero looks like. Yeah, it’s all connected. So, you have your original Kate Kane suit, which is how Ryan starts off, the straight red hair, and then when Ryan changes the suit to be her Batwoman, that’s when the hair is curly and that becomes what Batwoman’s hair looks like.

New episodes of Batwoman are available Sundays on The CW.