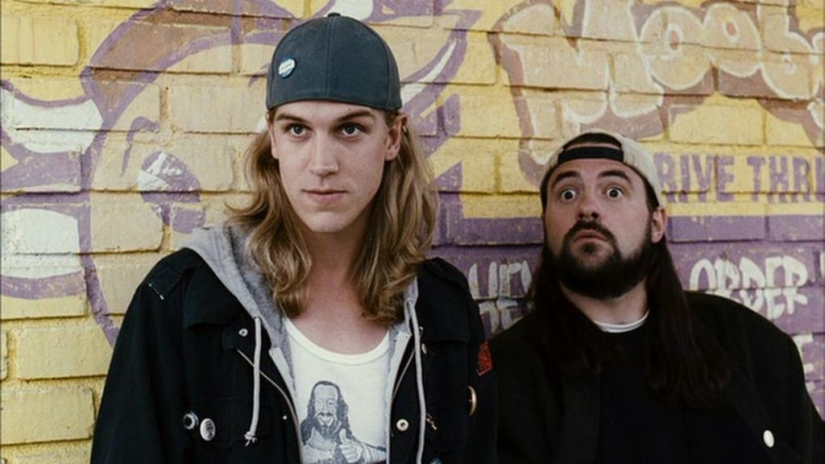 Kevin Smith confirmed via Twitter that the long-awaited Jay and Silent Bob reboot is officially in pre-production.

Smith, the writer and director who also plays Silent Bob, originally announced the project in 2017. The characters debuted in the 1994 cult classic comedy Clerks, with Jason Mewes playing Jay. Smith wrote, directed, co-produced, acted in, and even funded Clerks for $27,000 with credit cards.

Jay and Silent Bob went on to appear in Mallrats, Chasing Amy, Dogma, Jay and Silent Bob Strike Back, and — the last movie for the duo  — Clerks 2. The comedic duo also starred in the 2013 animated film Jay & Silent Bob’s Super Groovy Cartoon Movie. More recently, Smith has been dabbling in the TV superhero world with directing credits on The Flash and Supergirl. Jay and Silent Bob also cameoed in The Flash “Null and Annoyed” episode earlier last year. Expect some of The Flash cast to return the favor as one of the many cameos in this reboot.

Spent the first day of 2019 having a #JayAndSilentBobReboot pre-pre-production meeting at our holiday-roomy @WeWork office! @JayMewes took this pic of me and @JordanMonsanto to both mark the moment and to document that we were the only dopes in Hollywood working on the holiday. pic.twitter.com/xTNrpN6OF6

We’ll keep you up to date with the latest news on the Jay and Silent Bob reboot as we learn more.

Excelsior! Stan Lee will be Remembered, Celebrated and Honored in Hollywood