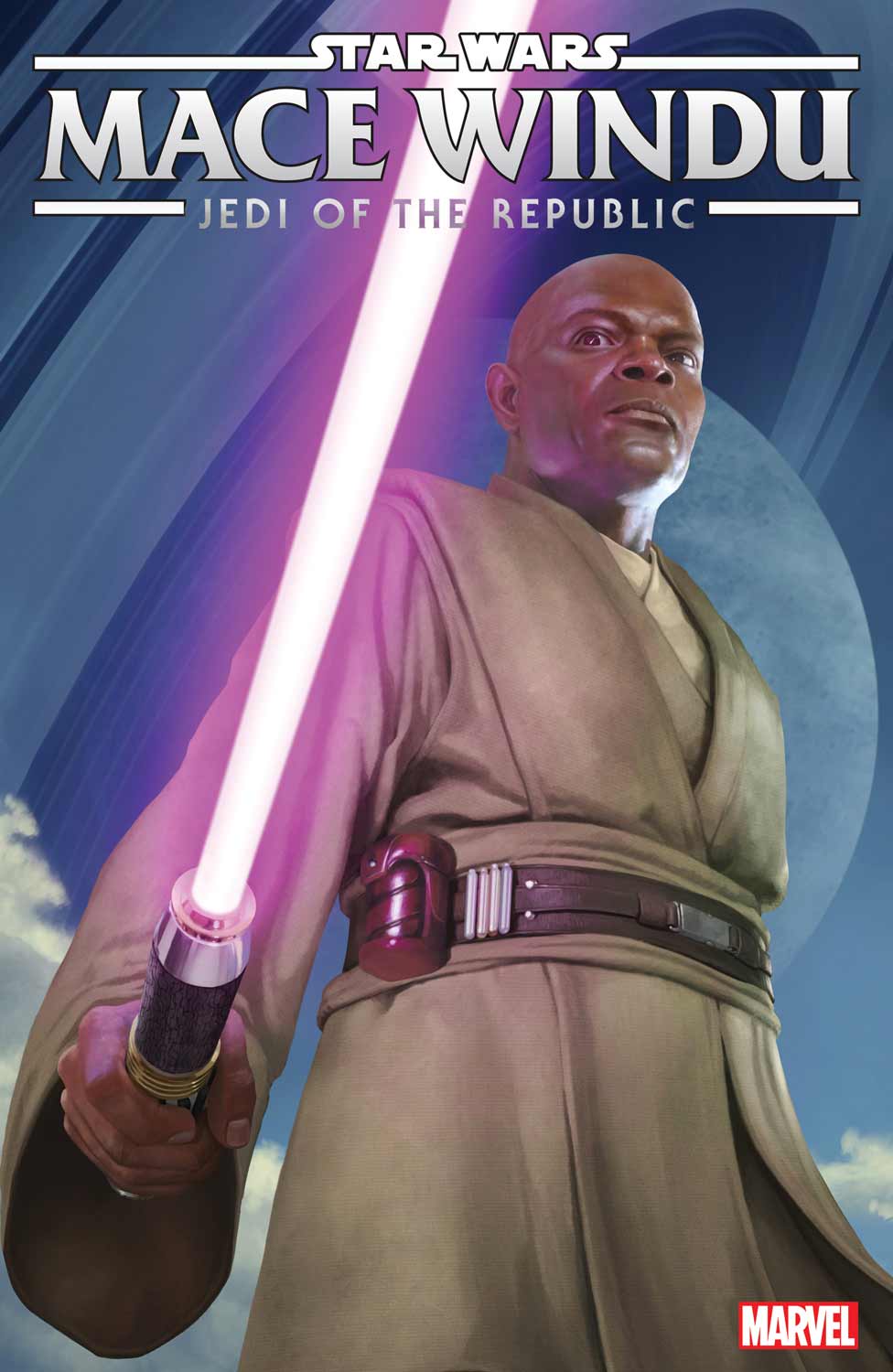 The Jedi have always been the galaxy’s peacekeepers…but with the Clone Wars on the horizon, all that is about to change. This August, writer Matt Owens (Elektra) will team with artist Denys Cowan (Nighthawk, Captain America/Black Panther: Flags of Our Fathers) to unveil the exciting story of one of the Jedi’s greatest warriors in STAR WARS: JEDI OF THE REPUBLIC – MACE WINDU #1!

One of the most accomplished and storied members of the Jedi High Council, his wisdom and combat prowess are legendary. Now, in this new story, readers will get to see Mace Windu lead his Jedi into battle…and face the ultimate test of leadership!

“No matter how well trained for battle the Jedi are, having to actually put those skills to use is another thing entirely. The preferred tools of the Jedi are diplomacy, harmony, education, peace. Now they find themselves leading troops on battlefields across the galaxy,” said series writer Matt Owens. “They’re going to have a lot of thoughts about this. Is this really the way to peace? Is this the position I should be taking? Is this really the path the Jedi should be walking down. Doubt is understandable, but what each individual does with that doubt is very telling of who they are and where they will end up.”

Don’t be surprised if you see familiar faces of fan favorites, which Owens promises “will feel like an organic part of the tapestry of the Star Wars universe.” This August, May the Force Be With You when Marvel releases STAR WARS: JEDI OF THE REPUBLIC – MACE WINDU #1, available wherever comics are sold!