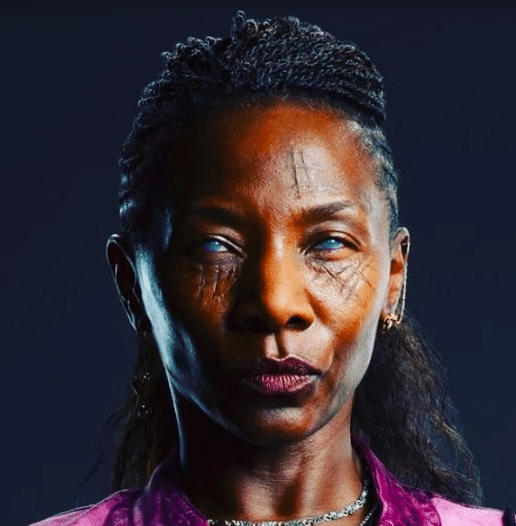 “If you loved her in the Walking Dead, you’ll love her in Swamp Thing.” That could be the slogan for Jeryl Prescott’s publicity billboard.

Prescott also may be familiar to readers as Cherry in Ray Donovan or Mama Cecile in The Skeleton Key or in slew of guest spots including Modern Family, Castle, Hawthorne, Parks and Recreation, etc.

That said, she’s hoping that fans will like DC Universe’s new streaming version of the classic comic (debuted May 31). For those who didn’t catch this comic back in the day, Swamp Thing is the story of a woman who discovers what she thinks is a swamp virus in a small Louisiana town — but it turns out that this “virus” is a being. Prescott plays Madame Xanadu, a supernatural fortune-telling mystic. 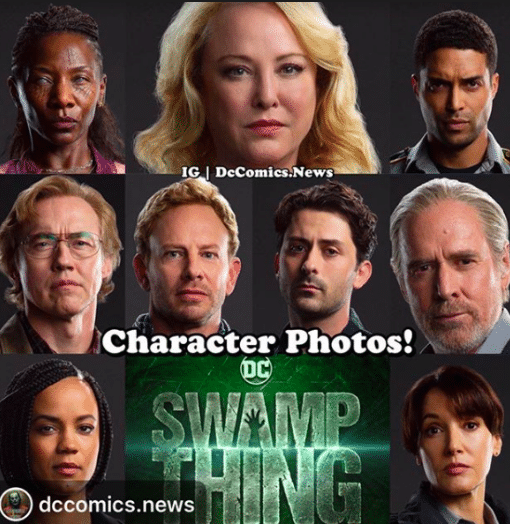 How much did you know about the origin of Swamp Thing?

I had heard of the name Xanadu out of context. As you know, Xanadu is love and partying and joy. Anything else I knew from my teenage boys. They are my resident experts on all things Marvel and DC. They even pulled up a cartoon — I think it was an old episode of Batman where Xanadu makes a brief appearance.

There are the comic books and they made another movie back in the 1980s, which was kind of cheesy. This show looks like it’s going to be a little more serious. What are your thoughts on that?

We are trying to do something very unique in that they are combining horror with heroes. You don’t see that a lot in Marvel or in DC. It’s fascinating and intriguing. There’s romance. There’s gore. There’s family drama. It’s really layered and very colorful. 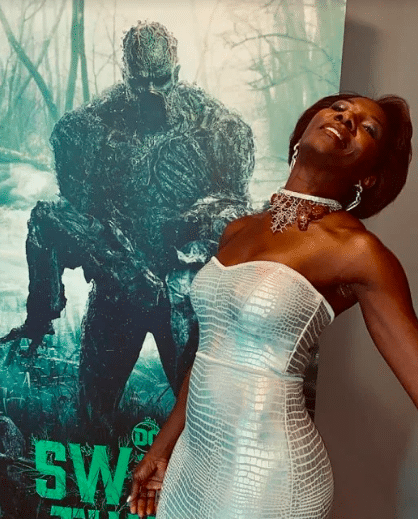 Swamp Thing is a superhero but very different. He is defending his territory. How do you think audiences will respond to him?

It seems like a contradiction, but he is a monster and a romantic hero at the same time. In a way, he’s this character that you are drawn to. This man aims to protect this woman, who he sees as being in danger. He aims to protect her. In that way, he’s attractive.

At the same time, he’s the monstrous, colored-in-green stuff that you would think would be very unattractive.

In that way, the show is doing something fantastic. Of course, we’ve had these “beauty and the beast” scenarios before with King Kong, but this [show] is very intimate. Some of the teasers show the woman’s head right beside his head turning to look at him.

It’s fascinating the way romance works. It’s all in the eyes of the beholder. He’s irresistible, but at the same time, he scares the hell out of you.

Tell about your character, Xanadu.

In my mind, she is wild. She is certainly more than just a tarot card reader. She is the keeper of this community’s history and the keeper of their conscience. She also knows much more than she thinks people can stand to know.

The kind of truths that [Xanadu] harbors are truths that she thinks they need to grow more to be able to handle. She is maternal and feels that she knows things that they are too young to handle. Remember, she is over 2,000 years old.

She gives them as much as they can stand, and sometimes holding onto these truths is a bit of a challenge for her.

How long does it take you in makeup each day?

It is such a village effort to get Madame Xanadu ready! The makeup chair is a couple of hours, and then the hair included getting a braider, sometimes even before I got to North Carolina.

After I got to set, I had wonderful prop masters who helped give Xanadu everything she needed, including some spectacular canes, just some really cool stuff — even my eyeglasses.

Our costume designer is also pretty awesome. Her name is Ms. Emmy [Holmes]. She and her team rocked Xanadu out in a way that is different than we see in the comic strip. [In the comic strip], we see a lot of lingerie-looking clothes for Xanadu. What they wanted to do for her [in the show] is a bit different. I think, a bit more fierce.

My main makeup guys were Jeff Goodwin and Jason Willis, who did all the prosthetics for the scars and the tattoos. These guys were all awesome and creative and perfectionists.

You’ve got a huge cast including Jennifer Beals, Virginia Madsen, and Ian Ziering. What’s it like working with them?

They are awesome and professional folk who have the best sense of humor. That’s what makes working fun and not feel like work.

Virginia: I just love her so much. I love her spirit and her badassness. Ian: I had a wonderful time working with him. I did scenes with both of them. I didn’t have any scenes with Jennifer, but everyone talks about how very lovely she is to work with. I didn’t get a chance to spend a lot of time with her.

We all had quite a good time after work, too; lots of eating because we were in North Carolina. We had a good time eating and drinking and just enjoying each other’s spirits.

What part of North Carolina?

Wilmington. I’d worked down there on a couple of projects before. The crew there was just spectacular. We enjoyed a lot of Southern hospitality.

What other projects do you have in the works?

High Flying Bird you can still see on Netflix. It’s Andre Holland from Moonlight and [Steven] Soderbergh; what a brilliant combination they make. It speaks to the power of relationships between NBA players and NBA owners. It’s an attempt to wrestle away some of that power.

Some people see that as somewhat of an allegory, like Soderbergh’s efforts to wrestle away some of the power from the powers that be in the film industry. He’s always been considered somewhat of a rebel or renegade in the way he tries to do independents. He shot the movie on his iPhone. Yeah, for real, a couple of iPhones.

The young, lovely Ms. Zazie Beetz is in it, and Bill Duke is hilarious and fabulous, too. Sonja Sohn [The Wire] is also in it. I loved every minute working on that. High Flying Bird is a joy, and I hope more people will keep watching it.

People know you from The Walking Dead. Do they still come up to you when they see you?

What a joy and a blessing this show has been in my life. We have the most dedicated, loyal fans ever. I know there is a lot of talk about Game of Thrones, but I’ve never seen fans so kind as they are for The Walking Dead.

I still have people who come up and hug me and spend a moment in grief for my character Jacqui, who died at the end of Season 1. It happens all the time and is the sweetest thing.

It encourages me as an actress to keep reaching for something deeper so people will be connected and affected by my work. I still stay in touch with a lot of castmates and, for me, there is a lot of joy around that.

Today it was announced that Swamp Thing has been canceled after one season.

How Strong Is Adam Brashear’s ‘Blue Marvel’ in the Comics 616 Continuity?