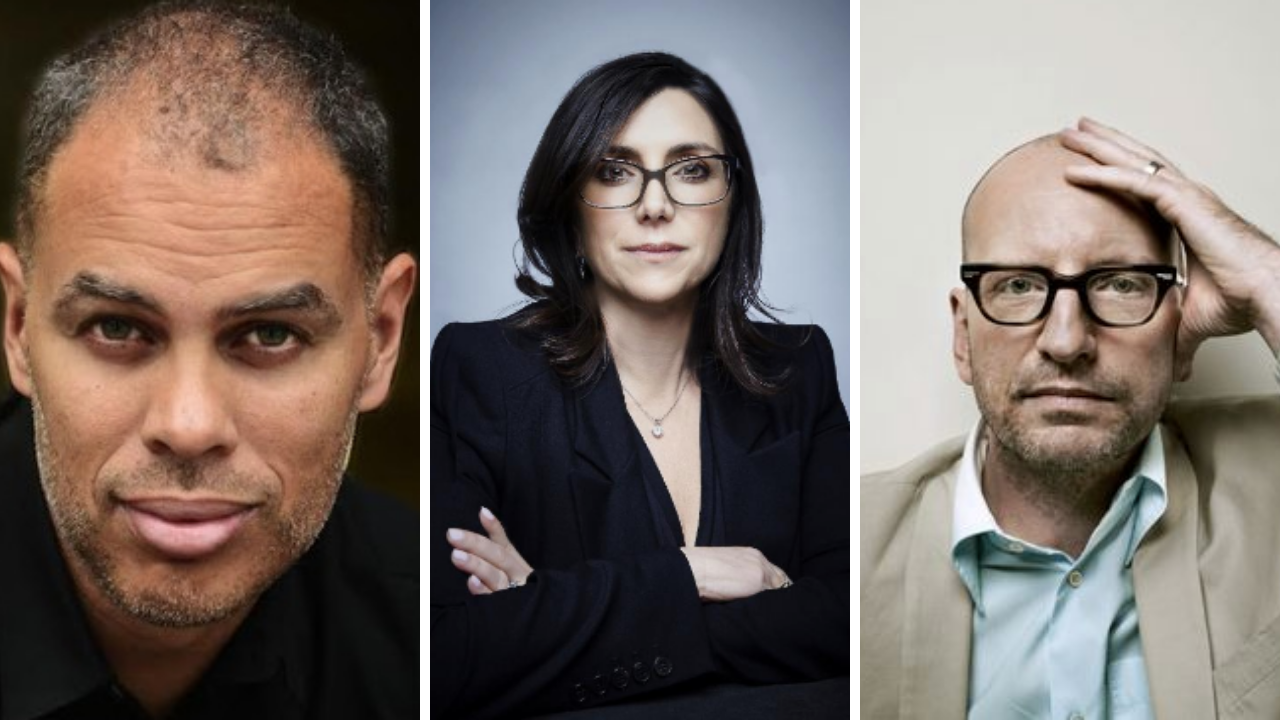 “The upcoming Oscars is the perfect occasion for innovation and for re-envisioning the possibilities for the awards show.  This is a dream team who will respond directly to these times,” said Academy President David Rubin and Academy CEO Dawn Hudson. “The Academy is excited to work with them to deliver an event that reflects the worldwide love of movies and how they connect us and entertain us when we need them the most.”

“We’re thrilled and terrified in equal measure. Because of the extraordinary situation we’re all in, there’s an opportunity to focus on the movies and the people who make them in a new way, and we hope to create a show that really FEELS like the movies we all love,” said Collins, Sher and Soderbergh.

“Jesse, Stacey and Steven are the ideal storytellers to harness the uniqueness of this moment and celebrate the artists who are dedicated to telling stories that stand the test of time,” said Craig Erwich, president of Hulu Originals and ABC Entertainment. “By enlisting this incredibly talented team of television and film producers, I’m confident we will deliver a prestigious event that will be remembered for years to come.”

Collins has produced numerous awards shows and events including the Grammy Awards®, BET Awards, UNCF An Evening of Stars®, Black Girls Rock! and Soul Train® Awards, and such television series and specials as “John Lewis: Celebrating a Hero,” “Bookmarks: Celebrating Black Voices,” “Change Together: From the March on Washington to Today,” “Sunday Best,” “American Soul,” “Rhythm + Flow” and “The New Edition Story.”  He earned an Emmy nomination for the 61st Grammy Awards in 2019.  Collins also has been tapped to co-executive produce the upcoming Grammy Awards and executive produce the Pepsi Super Bowl LV Halftime Show, both in early 2021.  He is the founder and CEO of Jesse Collins Entertainment, a full-service television and film entertainment production company.

Sher earned Best Picture Oscar nominations for Django Unchained (2012) and Erin Brockovich (2000).  She has produced or executive produced more than two dozen major motion pictures, including such notable films as Pulp Fiction, The Hateful Eight, Man on the Moon, Out of Sight, Gattaca, Get Shorty, and Reality Bites.  Her television credits include such series as Mrs. America, which earned 10 Emmy nominations, Reno 911!, Into the Badlands and Sweet/Vicious.  She also served as an executive producer on the Oscar-winning documentary short subject “Period. End of Sentence.” (2018).  Sher is currently a producer on the Aretha Franklin biographical film Respect, starring Jennifer Hudson, set for release in August of 2021.

Soderbergh won a Directing Oscar for Traffic in 2000 and earned a nomination for directing Erin Brockovich that same year.  He also earned a writing nomination for sex, lies, and videotape (1989), his feature film directorial debut.  A prolific writer, director, producer, cinematographer and editor, he has directed more than 30 films in a three-decade career, including Magic Mike, Ocean’s trilogy, and, most recently, Let Them All Talk, premiering this month.  He also has produced or executive produced a wide range of projects for both film and television, including Bill & Ted Face the Music, The Report, Michael Clayton, Good Night, and Good Luck. and two seasons of his own series, The Knick.

The 93rd Oscars will be held on Sunday, April 25, 2021, and will be televised live on ABC and in more than 225 countries and territories worldwide.

276 Films Are Competing In the 94th Annual Academy Awards