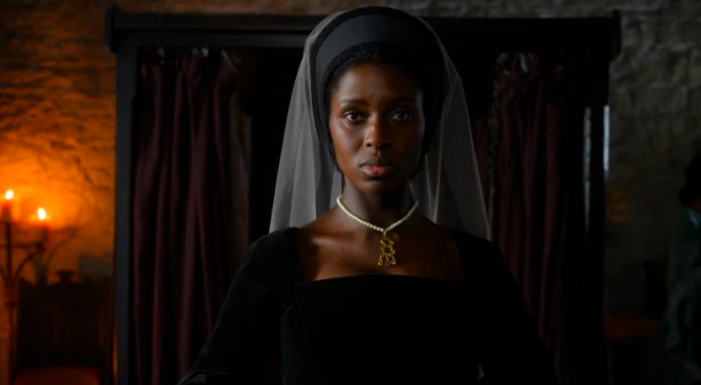 Today a photo was unveiled of actor Jodie Turner-Smith notably known for her role in the Universal Pictures film Queen & Slim.

The actor is slated to play Queen Anne Boleyn, one of the most infamous wives of Henry VIII’s who was tragically executed by him by guillotine. According to Variety, in the three-part psychological thriller Anne Boleyn for ViacomCBS-backed U.K. broadcaster Channel 5. The show will explore the final months of Boleyn’s life from her perspective, as she struggles to secure a future for her daughter and challenge the powerful patriarchy closing in around her. The series will depict the key moments that cause Anne to topple, reflecting her strength, fatal vulnerabilities, and determination to be an equal among men.

This is not the first time a member of the royal was racebent for TV. Sophie Okonedo played Queen of England Margaret, who was married to Henry VI, in the BBC’s The Hollow Crown. She starred opposite Benedict Cumberbatch.

Jodie Turner-Smith will also appear in the role of Éile in the upcoming series The Witcher: Blood Origin. Éile, an elite warrior blessed with the voice of a goddess, has left her clan and position as Queen’s guardian to follow her heart as a nomadic musician. A grand reckoning on the continent forces her to return to the way of the blade in her quest for vengeance and redemption. Blood Origin will be a six-part, live-action limited series, and a prequel to the hit Netflix series The Witcher.