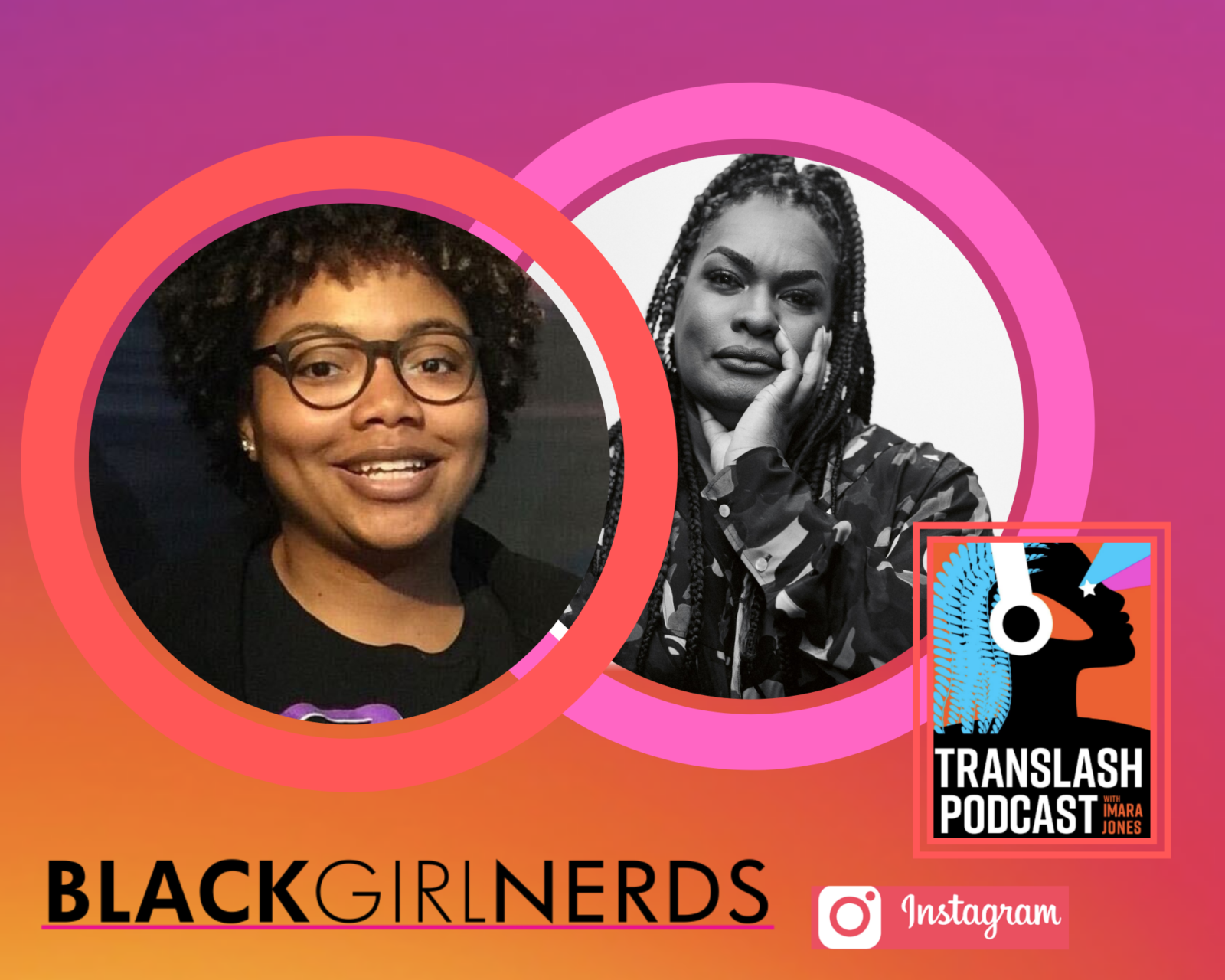 Today at 12:30pm ET / 9am PT on Instagram live, Black Girl Nerds host Ryanne Bennett is scheduled to speak with Imara Jones of the TransLash Podcast.

The Star Trek franchise just so happens to be a big part of Imara’s personality and helped her find expression as a Black trans woman before she could find it in the real world. She’s stopping by to chat about her experience talking to Ian Alexander, Star Trek: Discovery’s first-ever trans character, and how both TV and Hollywood is finally allowing more people in the LGBTQ community to feel inclusive.

Jones is the creator of TransLash Media, a cross-platform of journalism, personal storytelling, and narrative project. TransLash produces content in order to combat antagonism towards transgender people in the US. TransLash was nominated for a Queerty Award for Best Digital Series. Jones was also the host of The Last Sip, a weekly, half-hour news show which targeted Millennials of color, especially women and the LGBTQ community.

In 2019 she chaired the first-ever United Nations High Level Meeting on Gender Diversity with over 600 participants.

Jones’ work as a host, on-air news analyst, and writer focuses on social justice and equity issues. She has been featured in a number of news outlets such as The Guardian, The Nation, MSNBC, CNBC, NPR, Mic,The Grio, Colorlines and the In The Thick podcast. She was also interviewed for the New York City Trans Oral History Project in collaboration with the New York Public Library.

Jones has held economic policy posts in the Clinton White House and communications positions at Viacom where she led the award-winning Know HIV-AIDS campaign. She holds degrees from the London School of Economics and Columbia. Jones is currently a Soros Equality Fellow and on the board of the Anti-Violence Project and the New Pride Agenda.