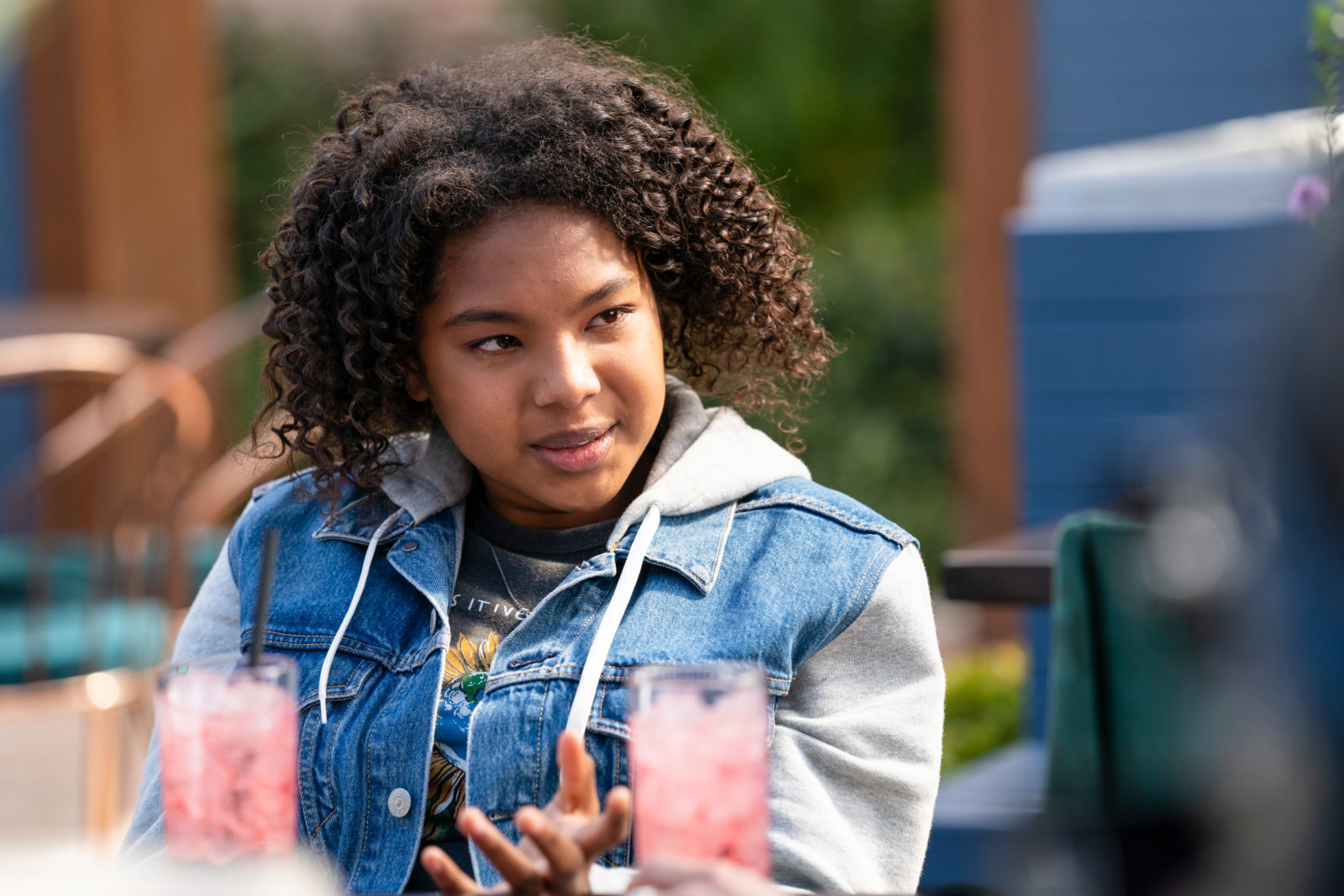 Whereas the original show The L Word in the early 2000s centered on lesbians and bisexuals in Los Angeles, The L Word: Generation Q is out with its second season this year centering on lesbians and bisexuals from the original cast and a younger crew of cast members who are young adults and youth. One of these younger cast members is Jordan Hull, who plays Bette Porter and Tina Kennard’s teenage daughter, Angie Porter-Kennard.

BGN had the lovely opportunity to speak with the actor about queer representation in her role and further upcoming projects.

Note: This interview contains SPOILERS and has been edited for time and clarity.

Your character grew so much in the first season, and now your character is navigating a whole other layer of herself, particularly when it comes to family dynamics and heritage. What was the prep work for your character development this current season?

One of the writers on Season 2, her name is Julia Hannafin, has two lesbian moms and a donor. She wanted to tell that story through Angie — specifically having a donor and what does that mean. We had a Zoom, I picked her brain, she shared with me her experience of having a donor and two lesbian moms. Julia is white, so another part of it was navigating what it would be like for a Black kid to not have a Black dad and all that stuff. It was just a lot of conversation with Marja [showrunner Marja Lewis-Ryan] and Jennifer [Beals, who plays Bette Porter]. I’m adopted, which is very different from having a donor, but there is still that element of mystery when it comes to your biological parents.

So many layers! What is the dynamic of working with older actors such as Jennifer Beals versus working with actors in your age range? Especially as your story continues to develop more and more?

Right! They’re very different. When starting out in acting classes and booking jobs, you’re always with your age demographic. So then going to The L Word: Generation Q, I love more than anything working with Jennifer, Leisha [Hailey, who plays Bette and Tina’s friend Alice Pieszecki], Katherine [Moennig, who plays Bette and Tina’s friend Shane McCutcheon], Laurel [Holloman, who plays Tina], and all those people. They’re older than me, so it always felt parental, like they’re my aunts. We’re learning from each other, but I’m mostly learning from them. Having that, and then going back to scenes with Sophie Giannamore who plays my girlfriend [Jordi Sonbolino], I switch that dynamic because they’re my age. It’s really cool, I like it a lot.

The thing for Jordi is I just love queer representation. The fact that it’s from two awesome young girls makes me really happy. What I love about what the original did was that it opened the doors. I feel that my responsibility in Generation Q is to paint in the details — make it more horizontal and fill in all the colors.

I hope what people take away in regards to the situation with Kayla is that grief is really complicated. We deal with that a lot this season, specifically with family. There’s a big difference between grieving for something you had and grieving something you never got to have in the first place. Angie grieves never having that attachment [to her donor]. I hope the grief that’s tapped into is the takeaway.

I want to go back to what you said about the responsibility you feel in this show. You’re a young actor playing a queer character, and you’ve mentioned how much you love queer representation. How have younger people reacted to your role, or young people with queer parents? Or has there been little reaction from young people given the fact it’s on Showtime?

The reaction has been really great far and wide. I’m from a very small town in Iowa, so that reaction is very different from where I now live in LA. I’m getting all the spectrums based on where I’m at. Mostly it’s been nice and really rewarding.

Have there been any reactions that stood out to you?

I was at the grocery store the other day. [A couple] came up to me and was like, “Oh my gosh, you play the mayor’s daughter in The L Word,” which I thought was very cute. They told me they’re from the Philippines, and they asked “Is there a Season 2?” I said, “Yeah, it just came out.” They reply, “Oh, so our country hid it. It’s banned, we can’t see it.”

It was an eye opener to [how] we [in the U.S.] have immense privilege. There’s a purpose to what we’re doing.

Do you mind comparing and contrasting your work in The L Word: Generation Q to your upcoming film Hustle?

To compare, [both projects] are amazing and I love the people on and off screen. Hustle is my first film, so to work with Adam Sandler and Queen Latifah is unlike anything. And to work on The L Word: Generation Q with Jennifer, Laurel, and Rosie O’Donnell [who plays Carrie, Tina’s fiance] is wild, and I love it so much!

To contrast, Hustle is this NBA basketball movie, and The L Word: Generation Q is about lesbians and bisexuals in LA. Both come from a really cool place, and I love them a lot.

What is your role in Hustle?

How does Alex differ from Angie?

Angie to me feels very introverted. She has this fire in her but is very ethereal in type to me. With Alex, she’s not. She’s very aggressive and will be the outlier. She pays attention to how she can get herself in the door, whatever that [may mean for her].

While Hustle’s release date is to be determined, for now, you can watch Jordan Hull’s performance in The L Word: Generation Q on Mondays on Showtime.

Getting to Know Rosanny Zayas on ‘The L Word: Generation Q’