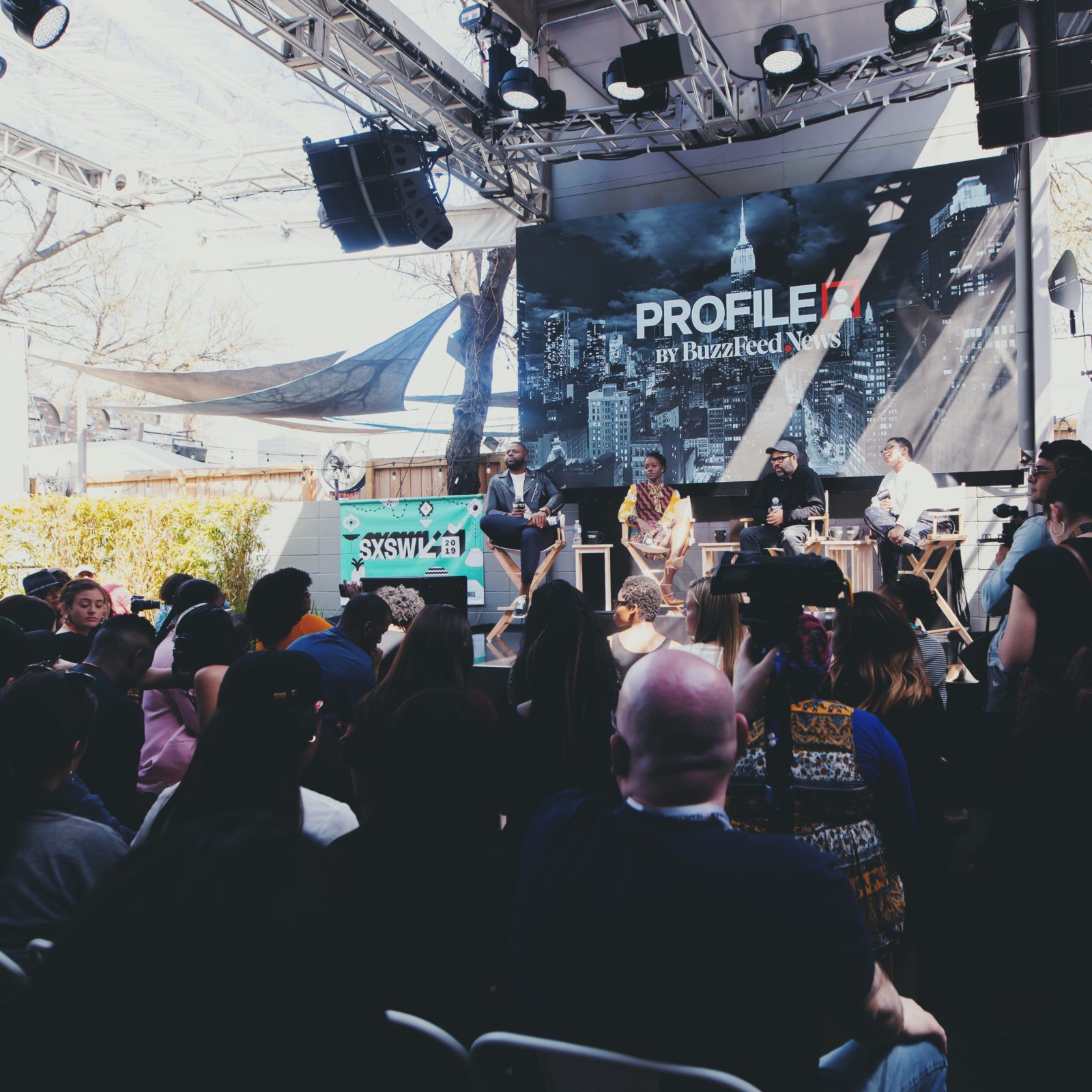 Today at SXSW 2019, the Jordan Peele along with Us cast members Lupita Nyong’o and Winston Duke chatted with Buzzfeed News host Ashley C. Ford about the new horror film. The cast reflected on their experiences of working on set, how fans received the premiere at SXSW, and how Jordan is using the film as a tool to be more inclusive and tell broader stories.

The film opened up at SXSW, and is PROFILE currently sitting at 100% on Rotten Tomatoes with over 20 reviews from critics. It appears that Peele’s sophomore effort in this genre has proved to be successful yet again.

When asked about how the audience received the film Jordan Peele says:

“It never ceases to amaze me that the final piece of creating this is watching it with an audience.”

Winston Duke joked that the fans say, “My thighs are a thing apparently”. One thing is for certain, as much as we love M’Baku in Black Panther, fans will grow to love his character Gabe in this role and Duke will be remembered for more than just one part.

Lupita Nyong’o says that Jordan layers his film with different themes, device, and goodies. The actress is right, the film has several plot devices and metaphors that will have you scratching your head.

Jordan Peele referred to both Winston and Lupita as the Yale Black Mafia. Both actors graduated from the Yale School of Drama. One of the most groundbreaking performances of Lupita’s career can be witnessed in this psychological thriller her Yale school training did her justice.

When asked about the character development of the tethered doppelgangers of Us Peele says:

“It’s a manifestation of our potential darkness — our guilt. The movie is about exploring the shadow faction of our self.”

Peele says, “It’s a dope time for horror”. He believes that as long as someone is basing a movie off a personal truth, that is what has meaning. Actress Lupita Nyong’o is a fan of Peele’s work and said she watched Get Out five times while she was filming Black Panther. Nyong’o also felt like she was auditioning herself while discussing potentially working with Peele before it was cast.

Michael Abels, the film composer for Us, is responsible for the quirky hip hop horror melody from Luniz’ song “I Got Five On It”. Peele says that Abels was incredible to work with and has created a new horror landscape with his sound. Peele also said he used music to help scenes become more iconic.

Diversity is a conversation that we are hearing often, and most especially in the entertainment industry. Peele is opening the door for more stories to be told featuring characters of color.

Winston Duke adds, “We are celebrating a female lead in this movie.”  The character of Adelaide Wilson is centered in this story, as a significant part of it takes place in her childhood. Duke also says, “It created a space where I felt Jordan was a listener and when it comes to being an ally, it’s an example of what the work is about.”

The event took place at the Comcast NBCUniversal House at SXSW.