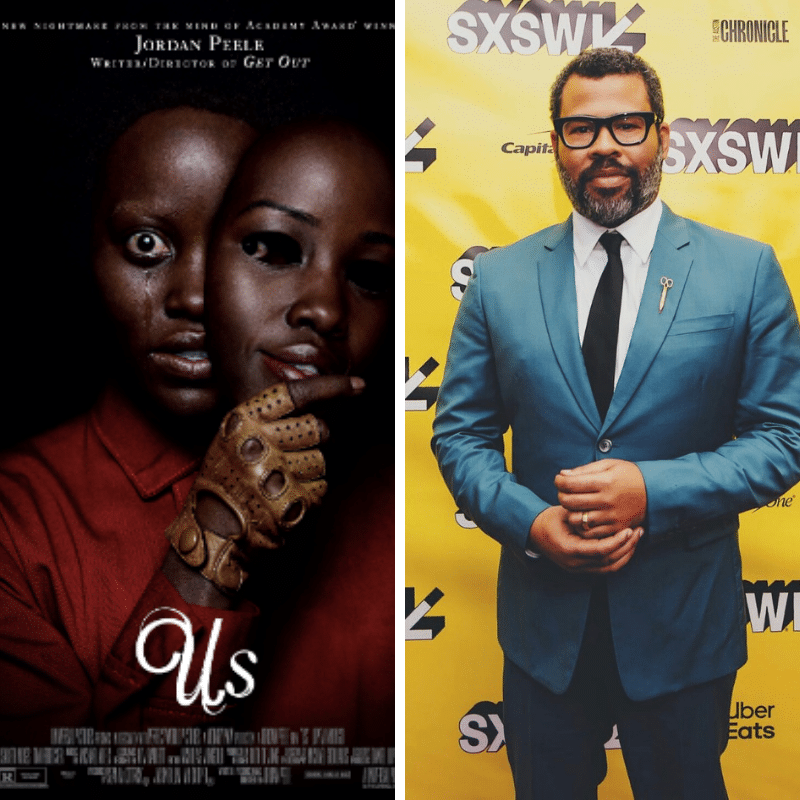 Director Jordan Peele is under fire after saying he didn’t see himself hiring white people as leads in his movies.

Speaking to the Hollywood Reporter Peele said, “I don’t see myself casting a white dude as the lead in my movie. It’s not that I don’t like white dudes. But I’ve seen that movie.” Preach Jordan, because we’ve all seen that movie. He continued, “The way I look at it, I get to cast Black people in my movies. I feel fortunate to be in this position where I can say to Universal, ‘I want to make a $20 million horror movie with a Black family.’ And they say yes.”

His latest movie, Us, a horror movie about a family who must fight off their evil doppelgangers blew up the box office last weekend. With making a total of over $100 million this weekend, it shows no signs of slowing down. Since making his breakout film Get Out, Peele has made it a point to cast Black actors in lead roles. While white actors play the supporting characters.

His comments caused some angry white people to say they were going to boycott his movies. I mean, they can. It’s not like it’s going to hurt Jordan financially or make his movies any less revolutionary. The guy made a movie that dealt with the horrors and complexities of the Black experience, it made $10.8 million on its release day and grossed $176 million in the United States. And showed white people that racism is more than just saying the n-word or walking around in pointed hoods.

@JordanPeele It is a sad day for me sir. I love your work. I appreciate what you do. However, your latest racist statement about never casting a white person for lead role is APPALLING. I will never spend another dime on your work.

What a racist statement from @JordanPeele and I liked this dude too! Imagine a white producer saying ‘he’d never cast a black man for a lead role!” #racist

Here’s the thing Mike and Don, white directors don’t need to say they aren’t going to cast a Black dude in the lead role. White CEOs and businessmen don’t have to say they aren’t going to hire a Black dude. They just do it anyway. I honestly can’t think of one white director who goes out of their way to make sure actors of color are cast in main character roles. And can y’all please stop using reverse racism as an argument? It’s not a thing. Plus, I have some disheartening news for those that are angry: 1) it’s not that deep and 2) white people are the main characters in damn near every book, movie and TV show. You’re just missing the bigger picture.

Hollywood only started getting better with diverse casting and people of color in above the line production positions,   in the last few years. But the horror genre has to be the worst when it comes to being PoC friendly. For decades, the horror genre has been dominated by white leads. There are usually one or two token Black people in horror movies. We provide comic relief and give the main characters some words of warning. And of course, we always die first. Which I never understood, because, at the first sign of any tomfoolery, we’d be gone.  Yes, we had horror movies like Blacula, Blakenstein, and Tales from the Hood. Those fall into the category of Blaxploitation films: movies made specifically for Black audiences, so they weren’t widely publicized for the mainstream. And no, the Scary Movie franchise doesn’t count.

For some reason, white people feel like they need to be included in everything. But when people of color want to be included in their narratives it’s a problem. And we’re expected to make our own space. Which is exactly what Jordan is doing. He’s using his platform to give lead protagonists roles to people that constantly get overlooked in the industry. It’s like they forget they have thousands upon thousands of movies where they can watch and see themselves in. If the movie industry was so diverse, movies like Black Panther and Crazy Rich Asians wouldn’t have been as groundbreaking as they were. Luckily, there are fans who understand Jordan’s point.

People of Color: Look, we just want more diversity in the entertainment industry. It’s not asking for mu-

Racists: iF yOu WanT tO sEe mInoRitIeS iN mOvieS, tHeN mAKe yOuR oWn.

Jordan Peele: *only wants to cast people of color as leads in his films*

Don’t call Jordan Peele racist for only wanting to cast black actors and actresses…he’s giving opportunities to  to the same actors that get overlooked by white producers simply because they are black.

It’s not racist for wanting to see your people win for once ?

I just can’t stand people that choose to put their energy in fake inequality. They didn’t care when people of color were asking for equality in the industry or decades. But now that a Black man is putting it out there that they don’t need to be the center of his narratives, all hell broke loose. Instead of getting angry at what Jordan said, they need to understand why he said it. And most importantly, look within themselves and try to figure out why they have such a deep-seated need to be a part of every narrative.