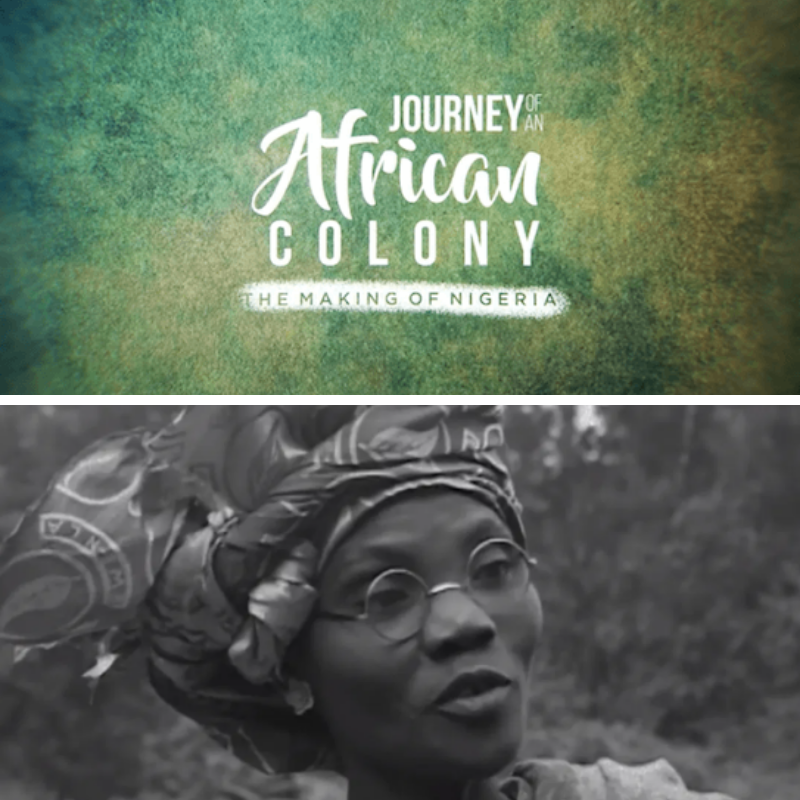 From a historical lens, a nation that is reborn is important because it signifies a new beginning or a rise from oppression. The concept of a nation’s rebirth tells the story of the people’s fight for freedom, establishing heritage, and most importantly, gives its citizens a sense of cultural identity after colonization and further outside influences attempting to diminish its footprint on the map.

One could propose that Nigeria today is a nation reborn after fighting through the years of the British Empire and gaining independence. Executive producer/narrator Olasupo Shasore’s documentary, Journey of an African Colony: The Making of Nigeria, is a rich retelling of Nigeria’s history and development after colonization. The narrator takes listeners through a powerful journey of the obstacles Nigeria’s leaders faced and the heroes who rose from beneath the surface of division and colonization to build a stronger nation.

Premiering on Netflix October 1, Nigeria’s Independence Day, Journey of an African Colony is a documentary series based on three international best-selling books (A Platter of Gold, The King and the Colony, and Possessed) by Olasupo Shasore. This story reveals the truths of slavery in Nigeria, overcoming colonization, and shedding light on the portions of Nigeria’s history that seemed to be forcibly put to an end as a result of colonization.

In this docuseries, several Nigerian eyewitnesses and historians recount their experience of seeing Nigeria become an independent nation through the course of history. Filmmaker Shasore, who is also a lawyer and historian, put forth an accurate portrayal of Nigeria’s past, present, and connection to other nations in the world.

In the eyes of the Western world and other nations, Africa as a continent is often overlooked as a lesser developed nation in need of aid, rather than for its riches in resources, the beauty of the land, and the history that make up the culture. Shasore proves that various aspects of Nigeria were thriving prior to colonization. Before colonization took over, Nigeria consisted of several powerful West African kingdoms and empires that exercised control in Nigeria. Research findings also hypothesize that the civilizations that existed at the time were experienced with tools like iron, which could be useful as weaponry.

This docuseries dives deep into the slave trade era of Nigeria’s past as well as unknown or suppressed portions of slavery that often go untaught. Historians and a team of researchers provide statistics detailing the number of Africans stolen from the lands of Nigeria and into slavery and how the people of Nigeria responded to these captures.

Large bodies of water were viewed as unsafe territories because enemy boats could easily sail through and therefore capture Nigerians into slavery. This can be seen as a vital element of survival for the citizens of Nigeria.

As the series delves further into Nigeria’s history, the narrator takes viewers on location to a village in the city of Kano. The narrator highlights elements like the growth of Islam and the significance of the many walls across the city and how they offer protection from the enemy. The narrator details the 20th-century war with the former governor-general of Nigeria Frederick Lugard and his army. One important concept the narrator discusses is the controversy as to how Nigeria got its name and how looking into the root of the name can give people an alternate perception of the level of respect that went into the naming convention.

The Lugard Monument at Mount Patti

It is evident that Shasore had a clear vision when making this docuseries. He takes the most complex of battles in Nigeria’s history and summarizes them in a timeline format.  He does not shy away from letting his audience learn about the evolution of even the simplest components that made up Nigeria. He ensures viewers that he will bring up the forgotten or avoided past and successively highlight the unknown.

Each episode in the series takes viewers to a different time in Nigeria and details the impact of the war and how powerful the reign of the British Empire was in contrast to other nations. Ruling for 300 years, the British Empire spanned well across the map covering a third of the world’s population.

Sharsore emphasizes that the point of going to war was protection against enemies. For each period, the narrator describes the battle that was taking place and how Nigerians responded to that battle. The narrator captivates his audience by physically visiting many of the locations discussed in the series.

Ultimately, with thorough research, on-location footage, and commentary from skilled experts, Shasore takes viewers on a mind-changing journey to reverse the way viewers understand how Nigeria as a nation came to be, as well as understand the African continent as a whole.

Viewers can come along this historical journey and catch Journey of an African Colony The Making of Nigeria, currently streaming on Netflix.