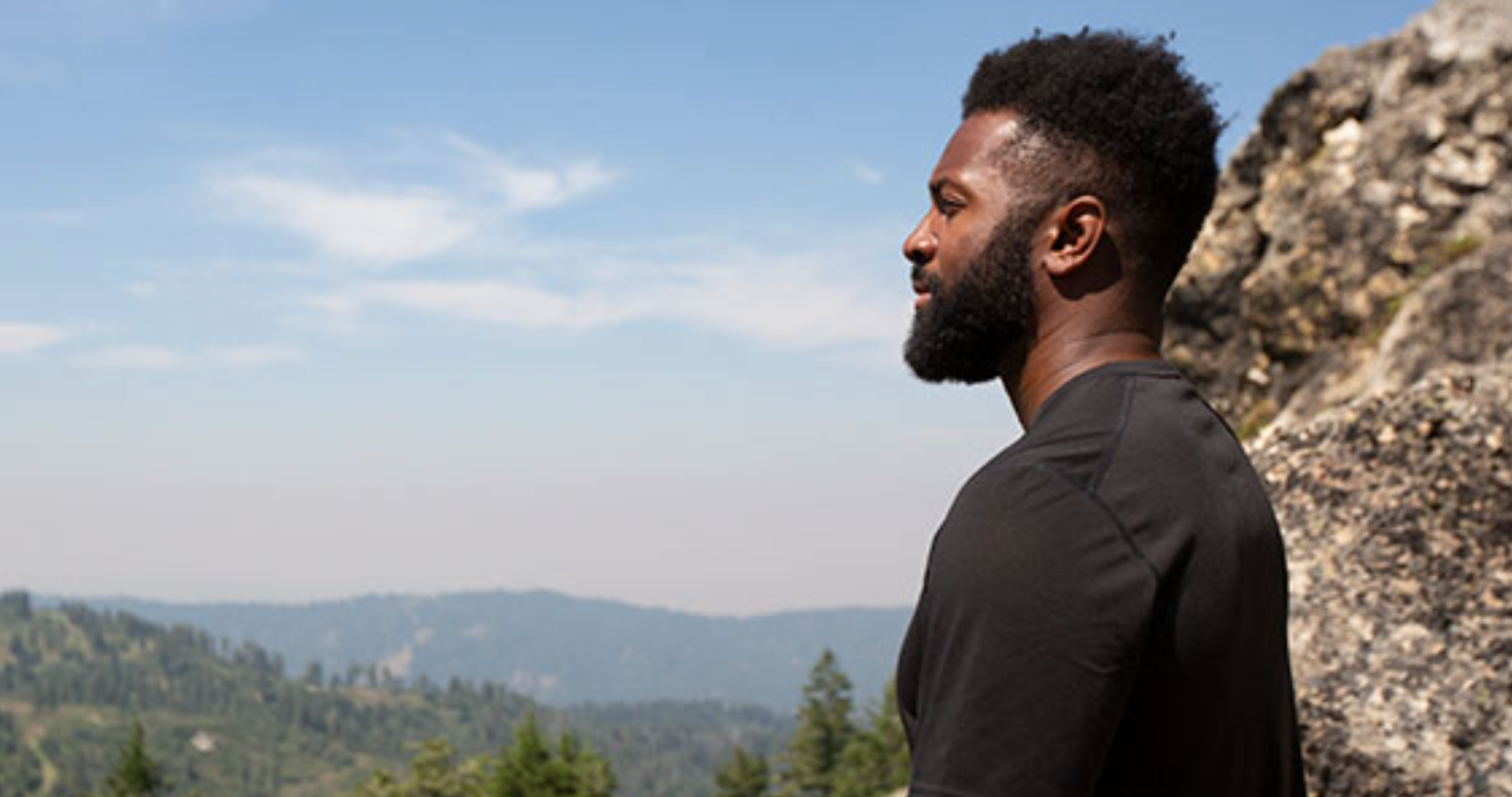 How does a New York Times best-selling author and comedian end up flying a replica of the Wright Brothers plane, running with a Black ultra-marathon runner in Death Valley, hiking through the Great Dismal Swamp, and catching waves on Long Island with a group of Black surfers? PBS. The inspiring new PBS series America Outdoors with Baratunde Thurston takes the thought leader on a fantastic voyage through the vibrant diversity of the American Outdoors. BGN spoke with Thurston earlier this month via Zoom about his mesmerizing new series.

The opening sequence of America Outdoors asks the audience the question, “How does our relationship with the outdoors define us as individuals and as a nation?” I ask you the same question.

I grew up in DC. and my mom always took us camping. It was fun, and in hindsight a lot of it was survival and just getting these kids out of the hood. Due to budgetary considerations, we would drive everywhere in the station wagon. By the time I was 12, I’d visited every state on the East Coast. We drove all the way up to Bar Harbor, Maine. It was the first time I ever left the country because we took a ferry into Canada.

I remember going to a bar with my mother and ordering root beer and a lobster roll sitting at a bar for the first time. My mother would organize adventures for me and my friends, and their parents were happy that there was one adventurous lady on the block who liked to take these boys, get them exhausted, and bring them back home ready to eat.

Thank you for mentioning that. That’s what I grew up with.

It’s complicated for us. Because people were like, “You want me to go back to the scene of a crime?” Living away from the earth was a sign of “making it” for so many of us. I’m lucky I had a softer exposure to what the outdoors would mean psychologically for me. But I didn’t grow up alone. There were a lot of people around me I would meet later in life who were like, “You do what now? Voluntarily? When your car didn’t break down, you were just walking outside?”

You visit the Great Dismal Swamp where over 50,000 runaway enslaved Africans passed through as a stop on the Underground Railroad. What was that experience like for you?

I grew up with an above-average knowledge of Black history because of my mom. I knew who the “Maroons” were. But when I found out we were going to this swamp, first of all, I was like, “Swamp? Really? North Carolina, Virginia, really?” Mosquitoes, bugs, leeches, and all that kind of stuff.

But on the long drive to North Carolina I listened to a lot of books. One book, Avengers of the New World: A History of the Haitian Revolution was the exact thing I needed to hear on the way. I listened to podcasts about Maroon settlements. I just wanted to go in with extra preparation because this is a special thing and I still wasn’t prepared.

The Great Dismal Swamp was the most moving part of making the whole show. I wasn’t prepared for the emotion—and to some degree, for the anger. What stands out to me from a historical perspective is you got this giant million-square mile swamp and literally descendants of founding fathers are members of a corporation trying to drain it. What do they want to replace it with? The great innovative imaginative democracy leaders of our time: cotton fields. That’s still the plan. That’s what George Washington wanted. “We want to drain the swamp so we can grow cotton there.” Of course. That’s all you got. You’re a one-trick pony.

I remember talking to Eric Shepphard about his ancestor who worked a boat on the canals in that swamp and in the end feeling so grateful. You hear the phrases of Black history, like, “We make a way out or no way.” Sometimes it’s just words, and I don’t feel a thing. I’m just like, “Oh, there goes the old-timers talking about what we’ve done back in the day.” But when you’re standing in a place that terrified the white land-owning power structure to the degree that they were defeated by the ecology. They condemned it. They called it the Great Dismal Swamp. Because there be dragons there and whatnot. Panthers and monsters and bugs and spikey things, and that was safe for us. We run toward the thing.

It was the one place for so many of us to go, and then we get there and we find other Indigenous peoples’ settlements. We’re building literally on the foundations of the original inhabitants, who we’ve been taught in many ways to fear and subjugate and vice versa.

So there’s a conversation that’s happening across time, in the same space, a level of intense interdependence with nature, and seeing refuge in a place that’s been condemned. And of course, if your master condemned it, it’s probably pretty good. Like reading. [Laughs.] Let me try this reading thing. Let me check out this swamp.

There was this magic moment where we’re hiking our way through. And it’s just so swampy. It feels like I’m in Yoda’s house in the Dagobah system. It is so mystical and every step is a trudge and I’m tired of sweating under all that rubber. And I set foot on this island, and the sun came out.

I dropped to one knee, cried, and said, “Thank you to the land, to the people. I’m here because of you and this swamp, if not literally, absolutely metaphorically.” We are here because they persevered. I want that kind of unbroken circle feeling for all of us. Nature was used against us. But we found a way to build a connection with it to save ourselves.

I’ve not been feeling particular joy for these past two and a half weeks but just this past Sunday, we had a cookout. We invited a bunch of people over, and it was so joyful. It wasn’t about shootings. Or white supremacy, or dying democracy. I didn’t overcook anything, and there was just time. We had the doors open and the wind was blowing and the drinks were flowing, and there were stories for hours and hours. I’m still living in that and I feel really grateful.

You can check out the podcast version of this interview below: