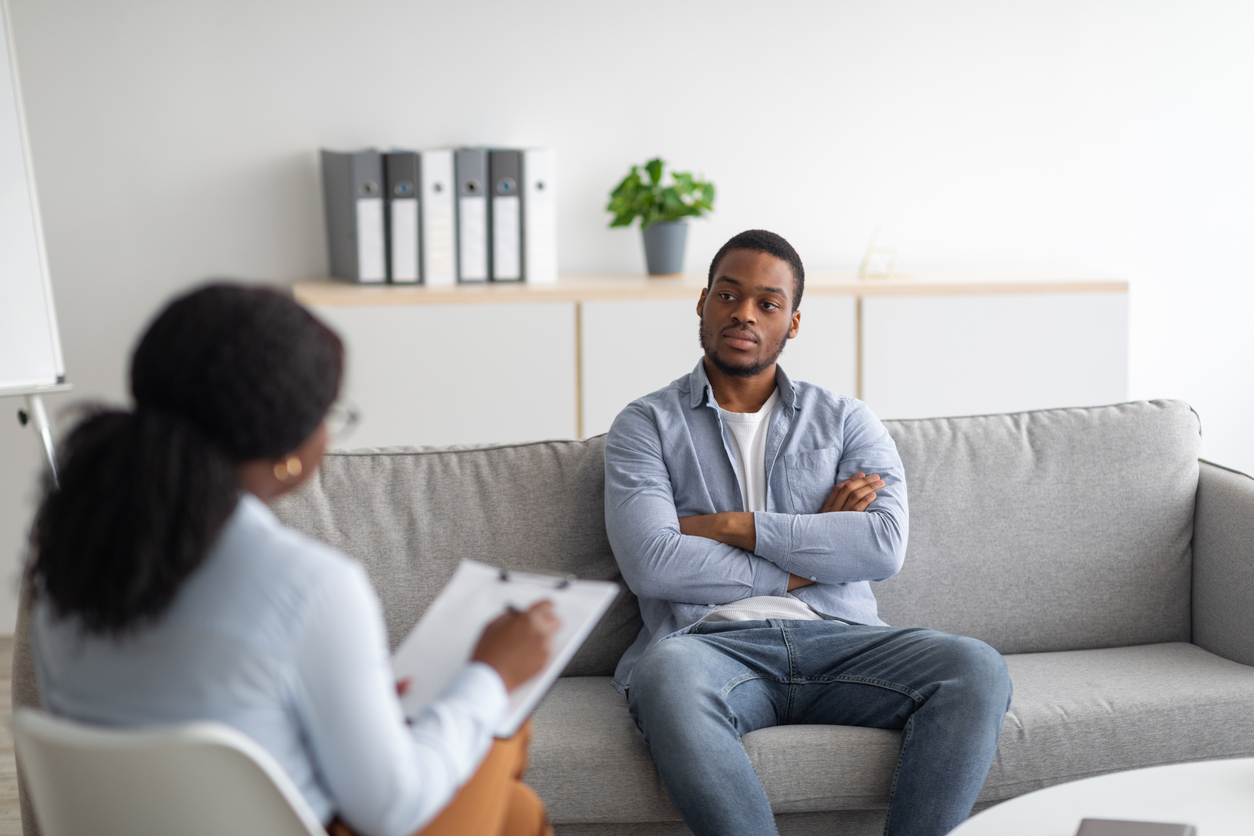 June is National Men’s Health Month. It is observed yearly to raise awareness about health care for men and encourage them to implement healthy living decisions, such as exercising and eating right. The official symbol for the month is a blue ribbon. The purpose is to heighten awareness of preventable health problems, including cancer, heart disease, and mental health issues.

According to the Centers for Disease Control and Prevention, men in the United States die five years earlier than women and die at higher rates from the three leading causes of death — heart disease, cancer, and accidental injuries.

For Black men, their health continues to be worse than that of nearly all other groups in the United States. On average, Black men die more than 7 years earlier than U.S. women of all races, and Black men die younger than all other groups of men, except Native Americans. There are many reasons for this, including racial discrimination, a lack of affordable health services, poor health education, cultural barriers, poverty, employment that does not carry health insurance, and insufficient medical and social services catering to Black men.

In 1952, writer Ralph Ellison published the novel, Invisible Man. Ellison tells the story of a Black man’s journey from the American south to the north and his experiences with racial discrimination during the Great Migration of southern Blacks to northern cities.

As a result of these experiences, the nameless character in the book realizes that he is socially and politically invisible — because the people he comes across only see him as a stereotype or caricature.

Invisible Man showed how society engaged with Black men according to their social identity rather than their personal attributes and identity as an individual. This is why the protagonist in the story does not have a name; it is irrelevant to the larger society, which universally categorizes him as just Black and male. With this categorization comes stereotypes about criminality and poor health behaviors. These place blame for poor health outcomes on the Black man. The book is a metaphor that shines a light on Black men’s health.

We are not so far removed from the 1950s, and there is an intersection between race, gender, and health. In the decades since Ellison’s novel, Black men’s health has focused on cultural traditions, victimization and systemic oppression, and racism. To fully understand and improve the health of Black men, there has to be a broader understanding of how social experiences and institutional forces influence outcomes.

More recently, we can see how discrimination leads to health disparities. All we have to do is watch the news every night to understand what society has done to Black men. The power of discrimination harms Black men’s lives — specifically their health and mental health.

COVID has contributed to this issue. Since April 2021, researchers noticed higher death and hospitalization rates for Black people. The pattern keeps on, with Black patients being nearly two times as likely as whites to die of the virus and Black men having the highest rates of COVID deaths. These COVID outcomes helped point out that the health and well-being of middle-class, educated Black men have been overlooked.

Truth is, higher education doesn’t improve health equity. While Black men have worse health than any other group if they are not educated, they can’t catch up to their white counterparts even when they are. Even with an education, Black men have less of a financial and social safety net than white men. Naturally, this brings about stress and isolation. Stress and isolation harm health.

Those of us with Black men in our lives can probably attest to one of them who is not willing to go to the doctor — for anything. Black men have a long-standing distrust of doctors and the medical system. Men typically go less frequently to the doctor than women — and this is especially common for Black men.

The indignity and pressure that Black men have to endure these days are more than anyone should bear. When that rage is not expressed, you start to internalize it. It’s no surprise that Black men struggle with high blood pressure and have higher stroke rates. Being constantly on alert is not a good feeling to carry in your mind and body. It’s like the writer James Baldwin described: “Being a relatively conscious Black man in America is to be in a rage almost all of the time.”

With Black men’s mental health, there is a stigma that asking for help is a sign of weakness. Black men are taught to be strong – for their women, their children, and in the face of white society. They can shield their emotions and mistake this for true masculinity.

My hope is that more Black men benefit from getting regular doctor check-ups and going to therapy. With that said, there has to be more acceptance in the Black community, as well as access and services available to do so. For Black men who find themselves conflicted, consider that you have nothing to prove to anyone but yourself. Of course, there are obligations to loved ones that must be fulfilled, but prioritizing mental and physical wellness so that you can be more present for those who love and depend on you is essential.