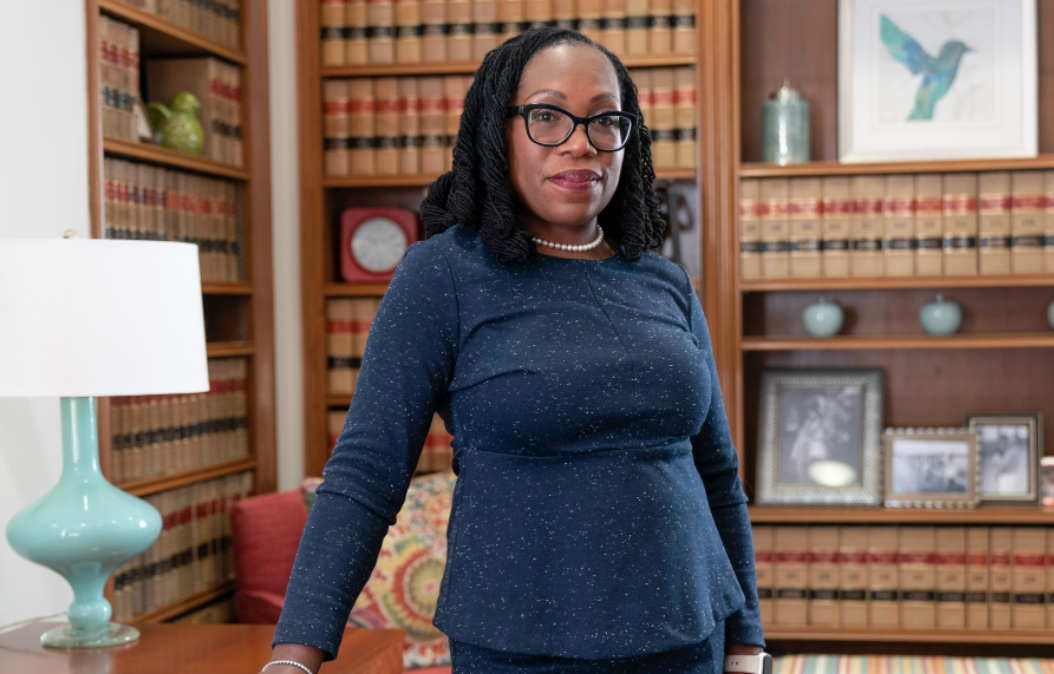 This date may not mean much to many Americans, but it is significant for one key demographic: Black women.

It was the first time in American history when women were a mere seat away from holding the majority in our Supreme Court. It was the first time that Black women across America would see a woman who mirrored their complexion, hair texture, and beautiful features in the highest court of the land.

It was indeed a historic day for all Americans, and it was an especially tender moment for Black women.

In a society where Black women are still discriminated against for their hairstyles, I think it is safe to say that this was ALL of us when Judge Ketanji Brown Jackson was officially confirmed…

At the same time, I couldn’t help but feel like this was me at work…

I was disappointed by the lack of acknowledgment and discussion regarding this historic decision as the day progressed.

But then I looked around my office and was quickly reminded that it really was JUST ME.

This should have been a day of celebration! Yet, yesterday felt a little underwhelming. It was as if Black women’s achievements and contributions were, once again, being undervalued. Jackson’s appointment meant that our Supreme Court would be represented by more people who could relate and speak to the everyday experiences faced by America’s most vulnerable.

To quote Judith Browne Davis, Executive Director of the Advancement Project: “The highest court in the land now will have a firsthand perspective of how the law impacts communities of color — via voting rights, police misconduct, abortion access, housing discrimination, or the criminal legal system, among other issues,” she said. “This will ultimately benefit all Americans.”

Although her journey with SCOTUS has just begun, it’s encouraging to know Jackson could bring more diverse perspectives to a court that remains the second least diverse branch of government (no shade, but all the shade to the executive branch).

Let’s explore one of the incredible opportunities that have opened up for Black women now that Judge Ketanji Brown Jackson has been confirmed: THE CROWN ACT!

The CROWN Act was inspired by decades, if not centuries, of discrimination that women of the African diaspora have experienced in Western societies. What started as a multigenerational, cultural movement evolved into the fruition of a law that would be responsible for “creating a respectful and open world for natural hair” — from which the acronym “CROWN” is derived.

This law “prohibits race-based hair discrimination, which is the denial of employment and educational opportunities because of hair texture or protective hairstyles including braids, locs, twists or bantu knots.” Now, pause and take a moment to think about what Jackson’s appointment symbolizes for millions of Black girls and women across the country and what it means for you.

For all the queens who have been told that their hair was “unfit” for the classroom or “unprofessional” for the workplace — those days are OVER! The next time someone approaches you and says your hair is unacceptable, you look them straight in the eye and say this WITH YOUR CHEST:

Progress has begun but is slowly churning in 29 other states where the legislation has been filed or pre-filed. Yet in the 7 remaining states, the legislation has not begun at all including: Alaska, Hawaii, Idaho, Montana, North Dakota, Ohio, and Wyoming. My hope is that Jackson’s confirmation was the final chess piece we needed to checkmate this outrageous, discriminating behavior that has hindered Black women for far too long.

I’ll never forget being in 6th grade when my school’s vice principal took me aside after lunch and told me that I would have to have my braids removed ENTIRELY due to a few streaks of blonde in my hair.

Strangely, my braids had never caused an issue with any faculty before. I had worn braids, twists, and several hairstyles for years. The only thing that changed that year was that we had a new vice-principal.

By chastising me in front of other classmates, I was made to feel like I was the problem even though other non-Black girls at school had dyed or added color to their hair before. Never mind the hundreds of dollars my mother spent to have my hair styled. Personally, braids helped me manage my hair during basketball or track practices after school.

You see  —  styling my hair wasn’t a luxury, it was a necessity. A necessity to adapt and survive in exclusive environments that lack understanding about Black women’s hair, which is exactly why we need more Black female professors.

My hair was relaxed when I was a child, and if you’ve ever seen relaxed hair after an extremely sweaty workout….you understand. When I went home that day and told my mother about the vice principal’s complaint, she responded as any Nigerian mother would:

“And who is she again? Is she going to refund me my money? Would she like to style your hair for me? Is she  —  ”

Gosh, I was so anxious! I couldn’t fathom what excuse I could give the next day if I ran into the vice-principal with no visible changes to my hairstyle. The next day I made it a mission to avoid making eye contact with the vice principal if she popped up again. But, with so many teachers and adults running around, it happened by accident!

Yet, something odd happened.

When we eventually locked eyes, I didn’t get a look of reproach. Instead, a weird smile appeared across her face. Actually, she looked kind of nervous…even a little guilty.

Whatever the reason was, I looked away as quickly as I could and dashed for my homeroom once lunch was over. When my mother picked me up from school, she asked if the vice-principal had mentioned anything about my hair again.

Well, that was that!

As relieved as I was, it never sat right with me that my mother and I had to deal with such demands in the first place. Growing up, I always wished there could’ve been more Black women I saw rocking natural hair in the media.

There was only a handful at the time: the Williams sisters, India Arie, Brandy, and Whoopi Goldberg. In retrospect, I know it would’ve meant the WORLD to me to see someone like Judge Ketanji Brown Jackson as a little girl.

I can’t count how many times I was pre-judged or discouraged from activities because of my hair’s “limitations”. From dance to swimming to theater auditions, it was only a matter of time before someone said, “Sorry, Christine. We’ll have to do something different with your hair.” Or, “Sorry, we don’t know how to work with your hair.”

That “sorry” always got to me because my hair was never something that someone should have to apologize for. I never apologized for it, why the heck should they? That’s why I’m so excited to share some good news with you today.

As of April 7, 2022, young Black girls and women everywhere will never have to accept another apology about our hair.

More importantly, the next generation of Black girls will be able to rest assured knowing that there are Black women in high places who are accepted for who they were, regardless of their hairstyles.

Judge Ketanji Brown Jackson’s confirmation as our next Supreme Court Justice has proven that we are more than acceptable  —  we are WORTHY.

Therefore, let’s use this momentum to spur our policymakers to action and finally enact The CROWN Act into law across all 50 states.

The highest court of the land clearly doesn’t deem natural hair as unfit or as a hindrance to professional success. Why should anyone else? Ladies, our time is now.