One of the most anticipated teams of metahumans, for DC fans everywhere, has finally arrived in the Warner Bros film Justice League. Fans will not be disappointed by this legion of superheroes recruited together to fight for one cause—to save the planet.

Directed by Zack Snyder and starring as the prolific roundup of DC characters: Ben Affleck as Batman, Henry Cavill as Superman, Gal Gadot as Wonder Woman, Ezra Miller as The Flash, Jason Momoa as Aquaman, and Ray Fisher as Cyborg.

The story kicks off with Bruce getting attacked by a monstrous Parademon which we learn later is one of many minions that belong to Steppenwolf’s army. The Parademons have mechanical wings that flutter like a housefly, beady red eyes like a T-1000, and an army like a swarm of ants that serve Steppenwolf.  He is the villain of this story, and ultimately the reason why the Justice League is formed. 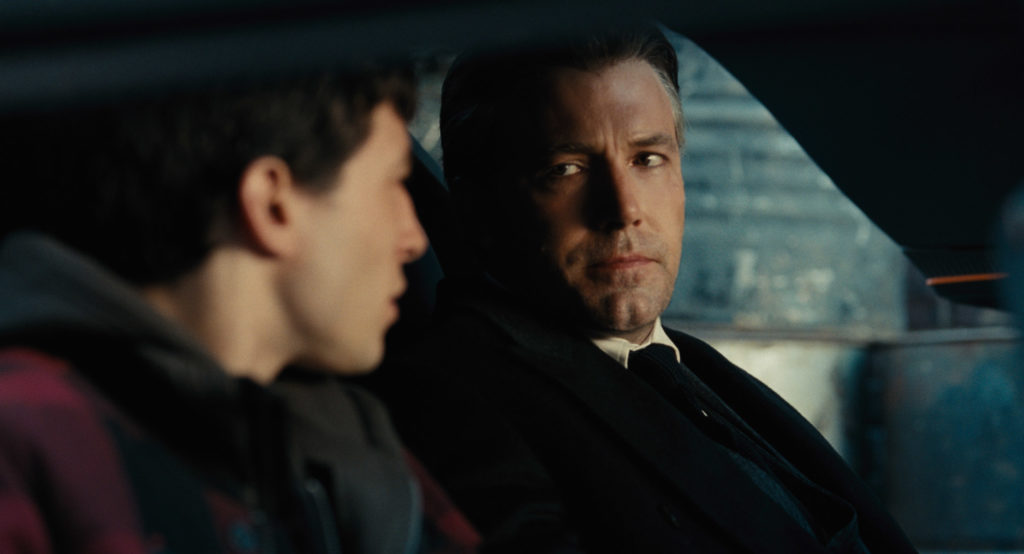 A defeated and downtrodden Bruce Wayne, with his peppered greyish mane more greyer than before, is still riddled with guilt over the death of Superman. He recruits a team along with his ally, Diana Prince, to face this new threat to mankind that could result in the extinction of a people and the destruction of the world. 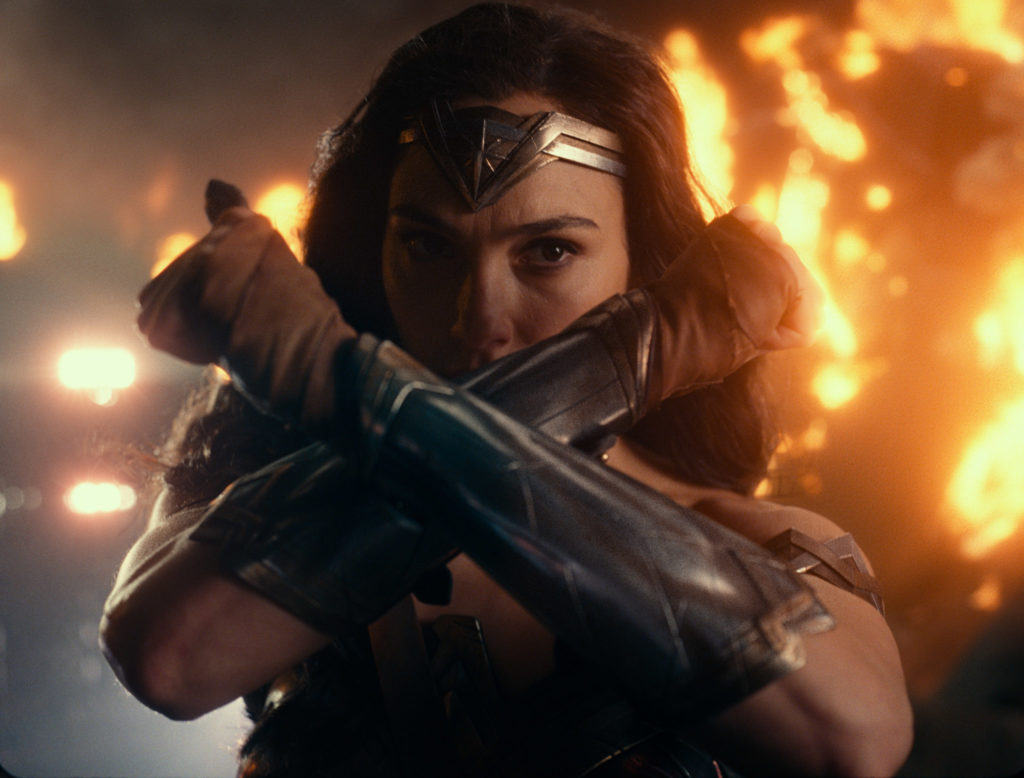 The film’s pacing maintains a steady momentum and is never too fast nor too slow. There’s a great setup of backstory given to Steppenwolf’s story arc delivered by Diana’s exposition to Bruce. There are three Mother Boxes that Steppenwolf must find, and if he brings all three together he will have an immortal supernatural strength and can conquer the world.  We see the history of what this nemesis of Diana’s did to her people in Themyscira as well as the Atlanteans which is what brings Arthur Curry aka Aquaman into the mix. The cause for these two characters to join in this fight is a plausible one and moves the story along well. In the story, Diana tells Bruce, one box is hidden with the Amazonians, one is in Atlantis, and one in planet Earth.

Victor Stone aka Cyborg has a significant role in this story since his powers are connected to the Mother Box hidden in Earth that his father Silas Stone (Joe Morton) has possession of. If you recall, in the film Batman v Superman: Dawn of Justice (or you may elect to forget everything about that film), the box is the final component that transforms Victor Stone into Cyborg, which ultimately saves his life. Cyborg is the lynchpin that the team needs to defeat Steppenwolf. Then there’s Barry Allen aka The Flash. He joins the league simply because he’s a fan of Batman.  There’s no real motive for him here and he’s just kind of there as a fanboy as opposed to a superhero. 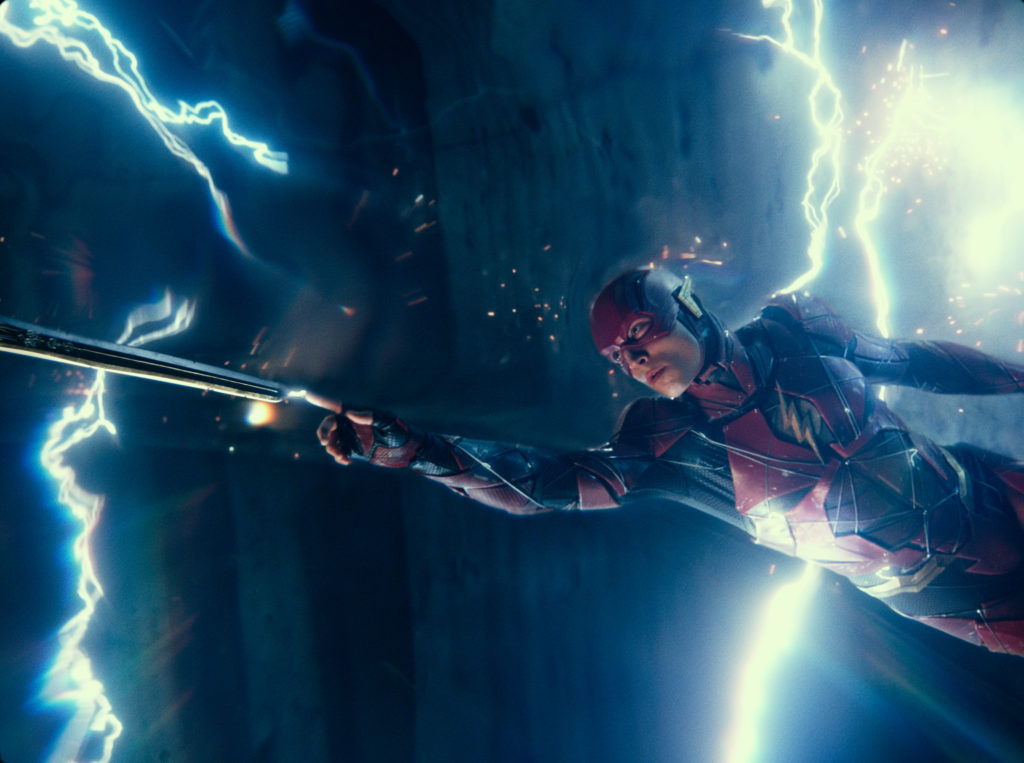 One of the biggest gripes I have about this film is how they failed Barry Allen. I’m a huge fan of CW’s hit series The Flash (and although I’m a few seasons behind) the best adaptation of Barry Allen is played by actor Grant Gustin.  This is no shade towards Ezra Miller because he’s a decent actor, but the dialogue he was given in this film was some of the corniest I have ever heard. I was surprised at how bad it was given the screenplay is by Chris Terrio and Joss Whedon. For example, when he checks out Bruce Wayne’s lair and says: “This is like a cave! A bat cave!” There are bromidic gags and several painfully obvious clichés that just makes Barry look more like an idiot trying to fit in rather than the awkward geek of a superhero that Gustin manages to pull off so well. I would attribute both poor writing and unconvincing delivery as the culprits to platitudes of Barry’s behavior.

Ray Fisher’s Cyborg needs a bit more seasoning. As we see The Flash and Aquaman already earning their solo movie stripes, the Cyborg film is still left in the shadows of project development hell for whatever reason.  It could be that Warner Bros wants to see how Fisher tests with audiences.  Cyborg is not a sidelined character in this film, and there are many moments we see him on screen.  However, most of the moments that we do watch aren’t exactly memorable.  I think this can be fixed since Fisher does well with being dramatic. One of his strongest scenes is when he interacts with Diana, and then there are moments where he can be funny—like when he says his toes hurt even though he technically doesn’t even have any! I would like the opportunity for a Cyborg film because his character is very important to this story and Victor’s origin does need to be told, but I hope we can get a little more charisma from Fisher. 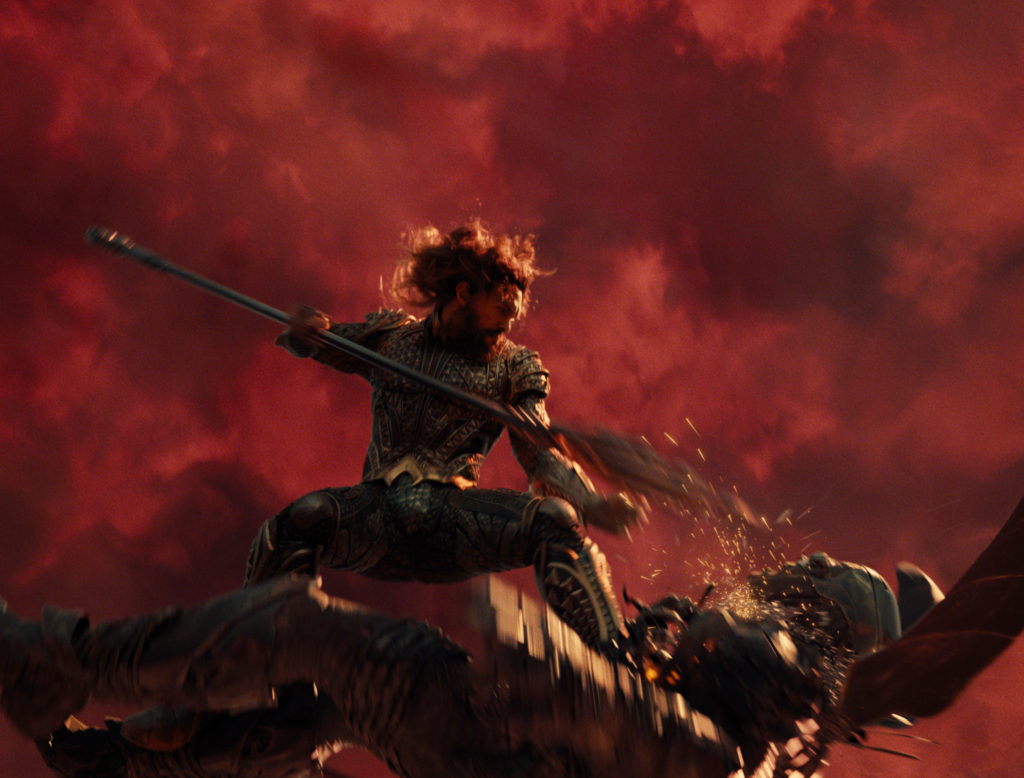 Speaking of charisma, Jason Momoa has a ton of it. It oozes and melts all over like hot maple syrup being poured over pancakes topped with butter. Momoa steals every scene as if he’s its rightful owner and if what we saw of Arthur in Justice League is some foreshadowing of what to expect to see in Aquaman, then let me tell you my body is ready. His abs and biceps are a character of their own and deserve a special Twitter account. His chemistry with every character is palpable too—he has great moments where he gets along with his colleagues and other moments where he bumps heads due to his stubborn nature. The underwater CGI effects were very well done and were beautiful and entertaining to watch.  Fans will be impressed with every Aquaman scene in this film for sure.

I will also add that Ben Affleck’s Bruce came off as perpetually exhausted and just bored. I’m not certain if Affleck himself just decided not to put 100% into his performance, or if he was intentionally trying to make Wayne seem distressed. If it was the latter, it seems to me Bruce would have rather bought a private island somewhere and spent time wallowing in self-pity than trying to save the world. 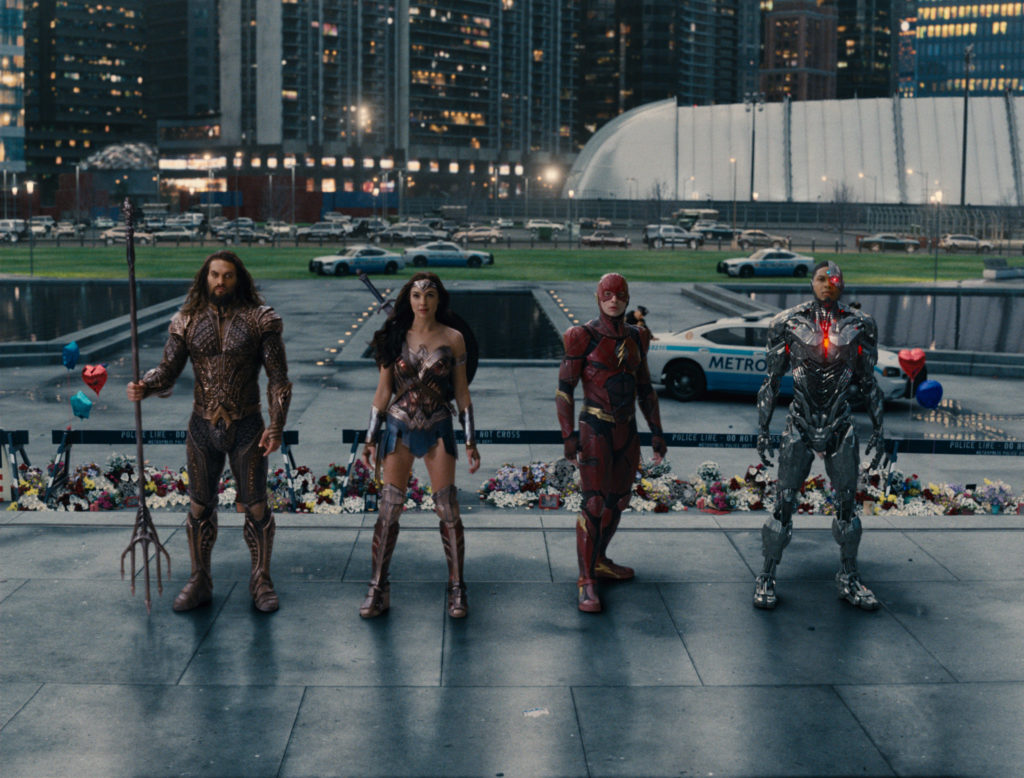 Overall Justice League is worth the price of admission.  And if you want to know the answer, YES it is waaaay better than Batman v Superman: Dawn of Justice.  It does, however, rank lower than Wonder Woman and I attribute that to the weak comic fodder they gave Barry and the need to give Victor some Mrs. Dash. I had low expectations for this movie and was pleasantly surprised. Justice League delivers on its action, special effects, performance, and story. It’s a pleasant surprise to see a film with both Batman and Superman that isn’t abominable, horrendous and dreadful.

There are more special appearances that happen in the film, and the post credit scene at the end (there are two) is definitely one you will have to stick around for!