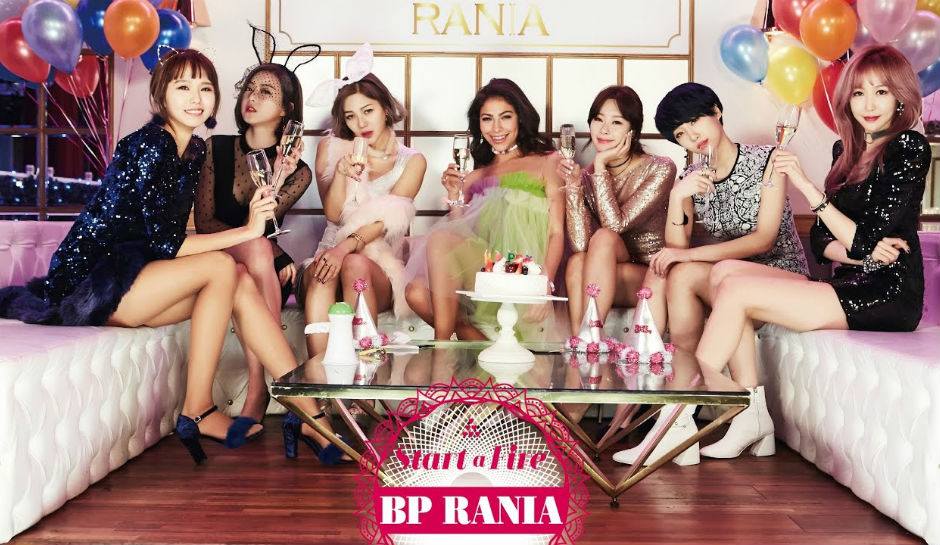 The first post of 2017 and there are already tons of things happening in the KPop world.

With a saddened heart, it was announced that the four remaining members of the Wonder Girls may be leaving JYPE and searching for other agencies to sign with. It was rather puzzling to me as they had one of the top singles of 2016 with “Why So Lonely?” but their 2015 return as a 4-member band was not a huge seller. JYPE has been focused on the newer generation of groups these days with JYP himself stating that he would no longer write music for his once beloved group.

Personally, I was okay with him not writing for them anymore as Reboot was a glorious album with or without “I Feel You,” but considering the Wonder Girls are synonymous with JYPE and the company was literally built on their success, it is sad that it has come to this.

The girls are currently active on social media while Yubin is dealing with the death of her father, so everything is still up in the air at this time. I do hope that they remain at JYPE, but get the support they need for work outside of singing if that is what they want. They need CF’s, the need to do variety work, they need to do more than sit in a basement until they’re allowed to release music.

AOA is back with a double release. While “Bing Bing” isn’t very memorable, “Excuse Me” is an addictive, mid-tempo pop single that I absolutely adore. The “excuse me excuse me” section in the chorus is especially catchy and though I’m not a huge fan of Jimin’s rap verses, they cut into the one tone nature of the single quite well shaking up the stability. Both videos are standard AOA fare. I did like the butt dancing in “Bing Bing” and the “excuse me excuse me” dance and I thought the girls looked great as usual. AOA and sexy concepts are well established by now, so I did not expect more than what they delivered. Apparently, they’re not doing so well on the charts and that’s a shame as I think they put out consistently good music. #JusticeforAOA

NCT 127 released Limitless and okay the single is fantastic. It sounds like an upgraded version of “Call You Baby,” but with better vocals. The major cringe is the hep hap concept they put these poor boys in. SME isn’t known for hip-hop and they’ve really put the work in with this group but I had hoped that they wouldn’t try to dress them like Chris Cross rejects. Just admit you don’t understand how black people dress and hire a black stylist. The clothes and hairstyles are straight up offensive and ugly. At this point, I can’t even watch the videos (either the regular video or the dance version) because my eyeballs and my brain hurt. It really says a lot about the song that I haven’t canceled them outright. Though I won’t link you a version of this song to watch because they’re all too terrible to look at.

Rania is back as Black Pearl (BP) Rania and it’s a hot mess. Alex is barely in the video and I was sure that she had filmed her parts separately if not for the group scenes at the end. She wasn’t in any of the choreography in the video and this honestly looks like another Rania single featuring Alex. The live performance is worse since Alex only comes on stage for the intro and her rap at the end. What is this group? Who are the members? What’s going on here?! The other let down is the song.

“Start A Fire” is basic fare that should have been a B-side. The video is pretty standard as well. I’m going to watch some more lives and hope it’s a grower because I really do want Alex (and Rania) to succeed.

In Shinhwa watch, the boys are back and I’m currently writing from the grave. The “Touch” music video is sleek and sexy with the perfect ambiance for the murder of changjo’s worldwide. This single is described as “Future Bass” and it’s definitely a departure from the music we’ve come to expect. “Touch” is instrumental heavy with shifts and changes that allow for the smooth inclusion of sporadic melodies that in no way distract from the jarring production. The vocals are stellar as usual.

The video has each member attached to a room number (that’s also their birthday, because why not?) and they’re facing danger from sand, fire, water, and a car crash! Trust me when I say it doesn’t make much sense, but looks lovely. The coloring for this video is stellar and the choreography is spectacular. It reminds me of “This Love” and “Sniper” with the unique key choreography that doesn’t rely on speed or energy, but intricate hand and feet movement. If we get to 5 million views by January 19th, we’ll get the dance version of this video so get to watching!

Ravi of Vixx released “Bomb” and while the song is great with its thundering beat and impressive rap, the video is a hot mess. He looks like a Joker cosplayer. He also has a line about Jesus and Justin Beiber but doesn’t use it as a joke. Netizens were upset that he had women surrounding him in the video and he did issue an apology. Unfortunately no apology for whatever concept he’s going for in this video.

SES returned with “Paradise” and “Remember,” two ‘90s-influenced singles which keep the women in their comfort zones. I wouldn’t consider myself an SES fan but I found their music pleasant and the videos show they are truly Kpop legends. Shoo and Eugene have kids and look better than most of the active idols today. What a good look.

Seohyun, formally known as my favorite member of what was left of Girl’s Generation, is dropping a solo later this month. While her colorful teaser picture looks spectacular, the black and white one’s have aged her incredibly and there’s way too much padding in her bra. Bae Suzy,Miss A’s breadwinner, is also releasing a solo project later this month. It’s going to be a battle of maknae’s! Suzy’s debut title is written by JYP but doesn’t look like his normal Lolita concepts, so I’m hoping it’s a solid start to her solo career.

In a weird twist, Krystal of F(x) is rumored to be releasing a solo in February. I’m surprised as Krystal isn’t known for being a strong vocalist, but I’m also pleased because I love baby Jung and I think she’ll promote her single while Taeyeon promotes her first full-length album. I am hoping for d-r-a-m-a. Seo in Guk’s “Bebe” is a smooth, solid R&B release. He sounds great and showcases the richness of his vocals while looking rather dapper in his red trench coat. Jooyoung is still the army. That’s not news, but I felt that it was something that people should know.

Nat’s Corner: I lurk around KPop communities all over the internet in a bid to get more news in a timely manner and also to meet other black KPop stans. That’s how I came across Hipployta, travel guru and KPop enthusiast. She’s traveled all over the world and is a fan of learning new languages. I asked her some questions about KPop and traveling from her experience as a black woman on her own and she was gracious enough to answer: