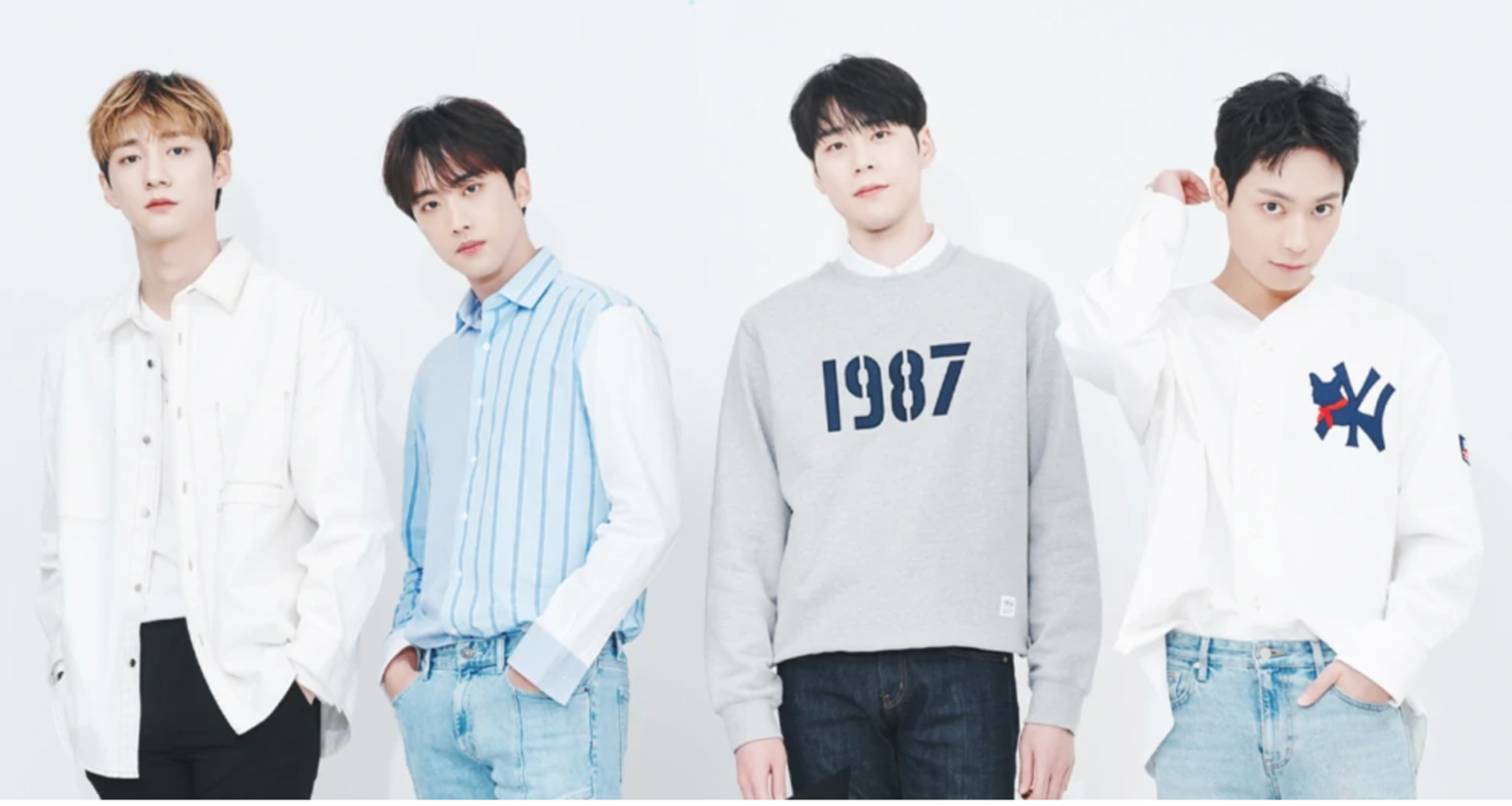 KNK (K-pop Knock) debuted this year with “Knock,” and like many new groups these days, they’ve packed in another comeback this year with U. What’s unusual with this comeback is that the video release was cancelled by their agency YNB (home of underrated girl group Bestie) due to it being poor quality. They have released the single digitally, a performance video, and are promoting U on music shows.

U is an up-tempo ode to a love they cannot let go of, and it’s a good start to what feels like a promising career. I enjoyed the singing and the “I need you u u u” section is the great kind of catchy. One does wonder if the single being well-received will warrant a delayed music video release, or if this unorthodox comeback will continue?

Another nugu group SF9 debuted recently with “FanFare,” a fast-paced, production-heavy single that is very much on trend with K-pop this year. I was not a huge fan of FanFare, but I thought it was very interesting in the pre-chorus break down, and the whisper rap worked for me, so I’ll keep an eye on this group.

One of the reasons I started writing about K-pop, was to force myself out of my K-pop bubble. That means giving all artists a chance whether they’re producing the types of music I’m into or not. That’s the only reason I listened to I.O.I’s “Very Very Very” and “Whatta Man (Good Man).“ “Very Very Very” is crack in music form, so I get its popularity. “Whatta Man” is a grown-up song by grown-ups from my childhood, while “Whatta Man (Good Man”) is performed by children who should run far far away from actual men who want to date them.

The Korean content ban in China has risen to pre-Saiyan levels, though the Chinese government is denying it. I’m glad in a way because of the Korean public’s xenophobia towards other Asian nations despite begging these “lower” people for their coinage. I find their garbage attitude towards Southeast Asians especially deplorable. The Chinese market is highly coveted, so they have the power to humble the ignorant, and I hope they do just that. That being said, I do feel a sense of trepidation for Tara and Jessica as they make a bulk of their money in China. Right now, there’s not much to do but wait and see how this unfolds, so I will do just that.

The 2016 Melon Music Awards happened, and people are outraged about all sorts of things. From what I can tell, fans are mostly upset BTS won Best Album and Blackpink won Best New Artist. It doesn’t matter to me who won what since none of my favorite groups won (and most weren’t even nominated), but I found it rather amusing that all this public outcry has been leveled at the winners when everyone knows these award shows are pre-determined by who shows up.

There’s a fantastic post which breaks down the behind-the-scenes drama of the 2015 MAMA’s and sheds a light on how unfair these award shows tend to be and also why. The author also mentions a serious trend continued this year with the treatment of female idols. Before Twice won the daesang for Song of the Year for their monster hit, “Cheer Up,” the last time a female idol or group won a daesang was in 2011.

Last week, I mentioned it was unfair that female artists were shut out of both the Best Rap Performance and Best Band Performance categories when the quality of their work has been on par or even better than the male artists in both categories. Then, while watching the award show, I noticed all the male idols were all positioned at the front with the female idols being placed behind them in the idol seating area and out of camera view for most of the show. But K-pop fans are too busy writing petitions about Exo not winning for Best Album to notice the male bias.

While I adore the members and tried to love the title track for their repackaged album 1 and 1, “Tell Me What To Do“ is dull, with a video that tries to take itself and the song more seriously than it needs to.

I wasn’t sure what a Snuper is, but their new single “It’s Raining” is catchy and continues this year’s rain theme in music. Check it out and let me know how it rates along with Taeyeon’s “Rain” and Ladies Code “The Rain.“ Chancellor has released “Murda,“ a song that screams The Weeknd in all the right places. One does wonder why Dok2 was even featured as the single doesn’t need him?

Mina from AOA was rumored to be engaged to some random Iranian actor, but both sides have denied the rumors. Jimin from AOA said the always popular N-word in a cover song, but apologized and deleted the offensive song after her fans let her know what was up. I’m glad she reacted quickly, but once again, K-pop idols need to be better educated on this basic stuff if they want to operate on a global stage. It takes like 5 minutes of research!

Shinhwa continues to come for my wallet with teasers for their comeback. Part 1: Unchanging will be released on November 29 with the title track “Orange,” and it feels like a huge departure from their incredible 12th album, WE, but I am sure to love whatever they release.

I mentioned above that Jimin from AOA said the N-word in a cover she posted to her Instagram before deleting it for all the right reasons. I think it’s great she acted swiftly and removed the song when informed of the offense she caused because that’s not always the case when it comes to non-Black people feeling justified with this type of behavior. I’m not going applaud her because she should know better, but I’m not going to drag her for taking accountability, apologizing, and doing the right thing.

However, there were quite a few Jimin fans who tried to come to her defense with the same tired excuses we see whenever a celebrity acts inappropriately. One responded to a post I’d made on Twitter by pointing out other people have said the word. I pointed out other people committing the same offense was not an excuse, but a distracting tactic. This led to a back-and-forth exchange that ended when I realized this fan didn’t want Jimin to take responsibility or accountability for her problematic behavior and instead felt justified in victimizing Jimin.

Now I do believe people sometimes need to screw up if it means they can grow from their actions and actively work to become better human beings. No one is perfect from the cradle, and honestly, that’s okay if we’re better now than we were in the past. But it does not mean we should be free from criticism, and it certainly doesn’t mean we forget and forgive easily. Yet, fans/stans tend to love their favorite celebrities with blinders forgetting these celebrities are human beings who make human mistakes and can commit bad behavior — and you don’t have to look far in the K-pop world to see examples of this.

What makes it even more frustrating is the more time people spend defending oppa or their girl crushes, the less focus gets placed on how to prevent these actions from occurring. As I mentioned, Jimin isn’t the first to say the N-word and she certainly won’t be the last. What we should be doing instead of protecting these people is to make sure they know how unacceptable their behavior is and urge them to let their friends know not to do them too.

When we start holding our favorite entertainers accountable for their actions, they tend to prove whether they’re worthy of our attention, time, and money. It is in our best interests that they be the best version of themselves. So, while I like Jimin and I want to continue liking her, I do hope she learns from this and becomes better — or else, I will move onto other idols/groups.