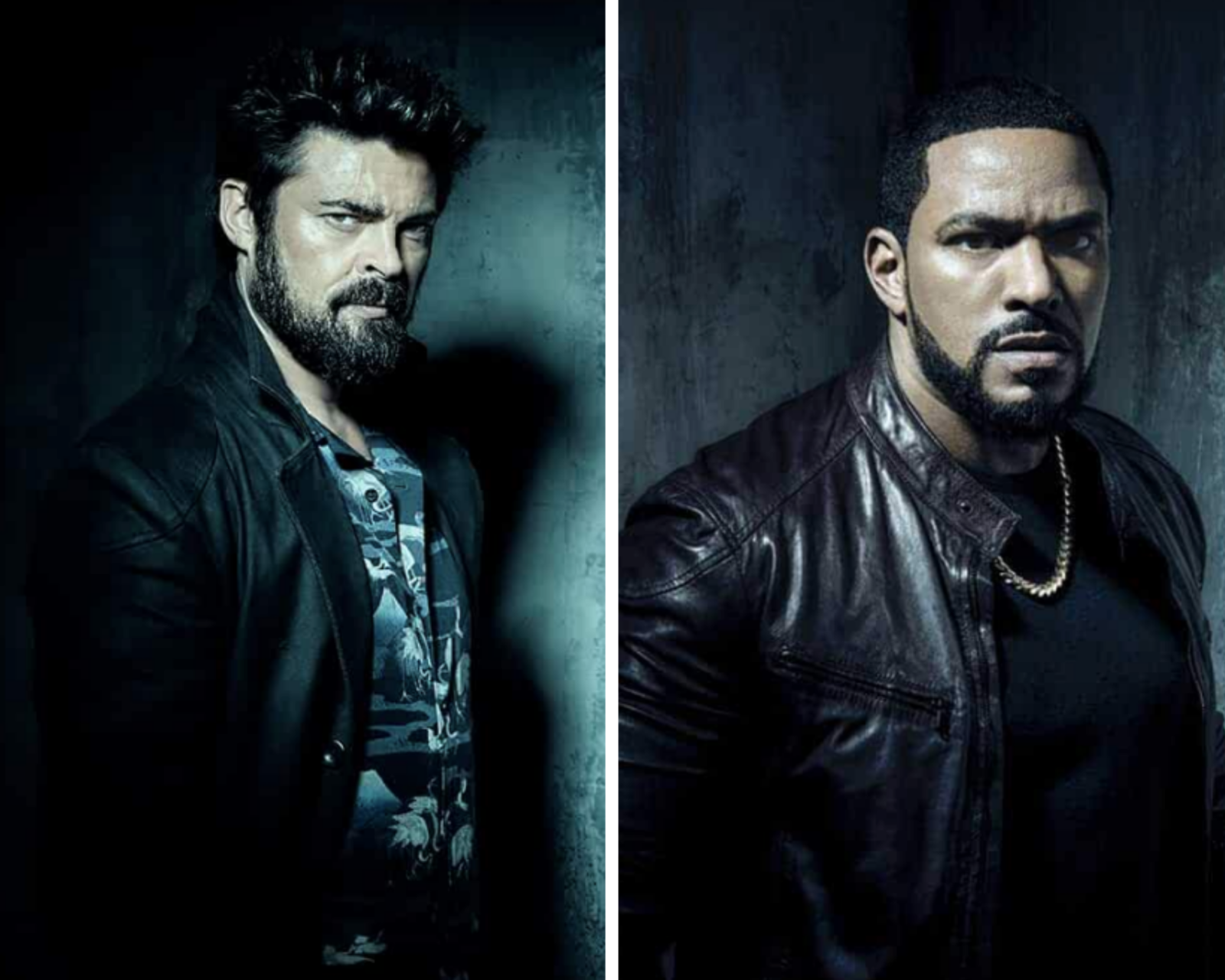 The Boys Season 2 is almost here. Amazon Prime has been teasing us for months about the new season of their hit show. Created by Erik Kripke (Supernatural, Boogeyman), The Boys follows a group of vigilantes looking for justice against the group of superheroes known as the Seven and the company that looks the other way, Vought. Two of the fan-favorite characters from The Boys are Billy Butcher and Mother’s Milk. The charming and cunning Butcher is played by Karl Urban (Star Trek, Lord of the Rings) and the skilled and loyal Mother’s Milk is played by Laz Alonso (L.A.’s Finest, Detroit). BGN got a chance to chat with the two handsome men about the new season and filming that epic boat scene we’ve seen floating around the teaser circuit.

What has this whole experience been like for you?

Karl: You know it’s been great. It’s always really lovely to discover that the project that you’re working on finds an audience that appreciates the work. The response to The Boys has been phenomenal. It’s more than a year since the show was released, and there’s this continuous [flow] of people who are discovering it. There’s great fan art that’s being produced. We’re all just super excited. When you work so hard on something, it’s a wonderful validation to have such great, loyal fans. We can’t wait for them to see Season 2 when it drops.

Laz: I’m humbled by the fan’s response. When we first started this endeavor, I thought how are we going to be able to compare, how are we going to be able to impress an audience that’s used to seeing a $200 million film in our genre? I was very pleasantly surprised and truly appreciative that people aren’t even trying to compare us to the genre, because we’ve almost developed a subculture within the genre. It’s a different take and a different ecosystem that doesn’t have to compete with what people’s expectations are when they go see these big summer blockbuster movies.

What can we expect for Season 2?

Karl: Well, Season 2, I think Laz will agree, was much more of a challenge on a multitude of levels. I think the material that we all got to work with was a lot more written with conflict, and the stakes for all of the characters are raised. Season 2 takes the asset that is most precious from all of the characters and rips it away from them. The characters are left struggling to deal with that. How they deal with it, or fail to deal with it, is a central part of the foregoing momentum of Season 2. Certainly, for Billy Butcher, it’s the revelation that his wife is alive. His main focus becomes about finding her, and, along the way, there’s a lot of collateral damage, which I guess is great entertainment.

Season 1 between Butcher and Huey reminded me of a big brother/little brother/taking him under his wing relationship. How will we see that relationship grow or be tested this season?

Karl: The relationship between Hugh Campbell and Billy Butcher is strained at the beginning of Season 2. On the back of Season 1, where they have a massive fallout and Butcher turns his back on Huey and The Boys and goes off on some hell-bent rampage of revenge, when they reunite in Season 2, it’s very difficult for Hughie to forgive Butcher for that. He sees the flaws in this man who he had, for the longest time, looked up to and revered. There’s an estrangement that’s going on. The wonderful thing about Season 2 is, thematically, it is about family. The Boys are a tight family, and they have to overcome their differences to work together to achieve their goals.

Mother’s Milk has proved to be a family man with the details we learn about the relationship he has with his wife. What is it about his relationship with Butcher that keeps him on the team?

Laz: The Boys is a family drama. We’re a dysfunctional family. Each one of us has lost something in the real world and has somehow found a commonality within each other. We’re all broken, and we’ve been broken by Vought. That common bond is what makes us strong. We all have our imperfections, but at the end of the day when it’s time to go to war, we’re fiercely loyal to each other. Mother’s Milk understands Butcher. He understands that in many ways Butcher brought him on board to be his conscience, because in this revenge business a conscience can get you killed. So Butcher has made it this long in life without having that as a crutch. But as the stakes get higher, I feel that Mother’s Milk’s main task is to remind him of his humanity. We have some really good moments in Season 2 where he does that, and, to everyone’s surprise, Butcher shows some of those more human moments and qualities. It sets up how close of a bond these two brothers have with each other.

How do you think viewers will feel about Season 2 overall?

Karl: Well, that’s a great question. We can only do the best job that we can do, then this thing that we’ve worked so very hard on, we hand it over to an audience, and they do with it what they will. They appreciate it the way they appreciate it. But, I can just say, we feel very humbled and very grateful for the response of Season 1, and we all worked our asses off to deliver an even better Season 2. Our show is about to become their show, and we look forward to handing it over September 4.

Laz: I love the fact that first of all, no stuntmen shot that scene. That was Karl, myself, Tomer, Karen, and Jack on the front of the boat eating all of those six-foot-high waves that we were catching air and slamming down on. It was just a really dope, 14 hours on the water. That sequence took about, I’d say at least 10 days. There were a few days that the water was just too choppy for us to work and we had to relocate to other lakes, to try to find the more smooth surface to glide on so we can get up to that top speed. Karl’s an expert boatsman; he lives on the water in New Zealand. We were in good hands.

Karl: You say that but the reality is, at the end of the day when Jack and I were doing the last shot, we’re trying to get the last shot and the f—king boat was sinking, man. We actually needed to evacuate the boat, because in true Boys fashion, whether it’s the cars—they’re always a piece of sh-t. Just the worst cars. The boat was the same. We literally had to jump off that speed boat as it was sinking.

What can you tell us about this Butcher short film we’ve heard about?

Karl: Ooo, yeah. There’s a little bit of a mystery about where Butcher has been since we last saw him at the end of Season 1, what happened to his face. There may or may not be a short film, a tiny little film in existence, which shows some of his struggles. So, you know, keep your eyes peeled. Might be dropping at some point after the release of the first episode.