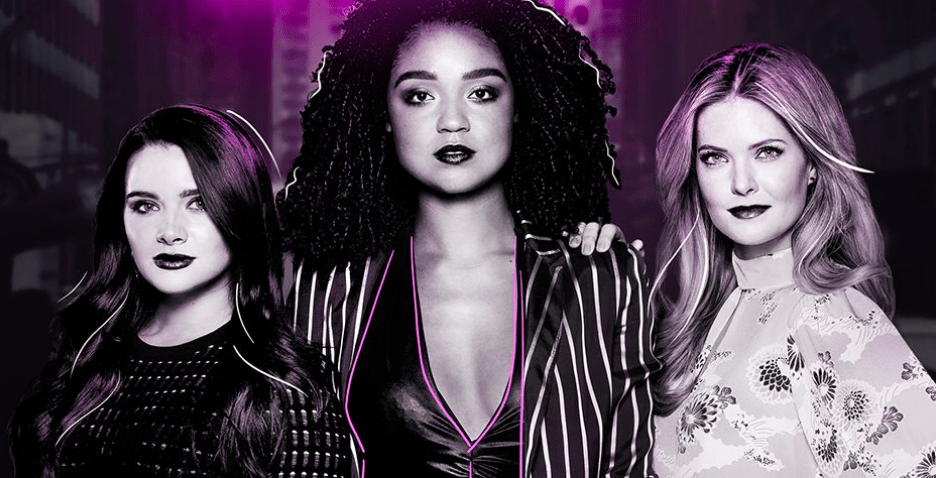 Freeform’s 2017 series The Bold Type (TBT) is much more than a show to watch, it’s an experience. For the past three years, the series has been a holy grail of diversity, my safe place for inclusion, and a refuge of comedy. When I watch TBT, I feel both seen and heard. I’ve witnessed the struggles, celebrations, tears, and laughter of the trio doing whatever it takes to truly live boldly and to stand in their truth. TBT ensures me that I can be and do anything I want, and if mistakes happen along the way, you can trust your people.

Encompassing all that it means to be bold, the boldest and most fearless of them all is Katherine “Kat” Edison, played by Australian actress Aisha Dee. Serving as one-third of our favorite gal-pal trio, Kat is a queer, biracial, privileged, yet very humble Black girl who does not subscribe to any labels. Kat lives her life as it comes but remains authentic and loyal. Both of Kat’s parents are therapists, which, to her own admission, made growing up an only child seem like an experiment. Kat admits to not knowing “the struggle.” Her college education was paid for, her first job following graduation was given to her by a friend of her father’s, and the flat that she currently lives in is one of her parent’s vacation homes. Cheers to living rent-free!

As a fellow media nerd, there is so much I admire about Kat Edison. Watching her tackle the newest social media uproar or celebrate a huge accomplishment, like getting 2 million Twitter followers to magazine Scarlett‘s account, is gratifying. This feat is monumental enough for editor-in-chief Jaqueline Carlyle to promote Kat to head of social media. Accepting this position forces Kat to deal with her racial identity. Choosing for her bio to read “first Black department head,” Kat accepts a label. But labels don’t just box us in; they give us a chance to accept the many parts of ourselves. 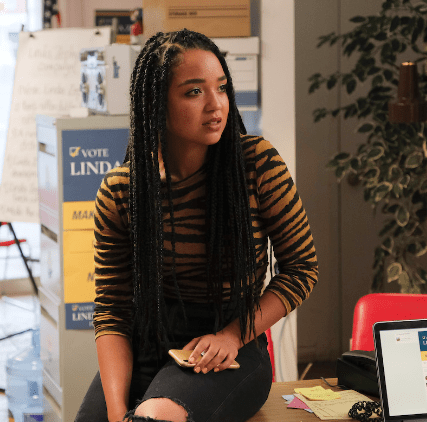 Kat’s passion for her job is rivaled only by her passion for human rights. Often taking on more than she should or is allowed to legally, Kat will not rest until she feels the job is done. In the pilot episode, we get a firsthand look into Kat’s tenacity as she chases the story of the “lesbian Muslim artist” Adena El Amin, who declined Scarlett for seeming too shallow. Kat makes it her mission to change her perception of Scarlett even if it costs her the job. Kat’s persistence is not in vain, and she lands the interview along with some brownie points at work. However, the tip of the iceberg was exposed. While Kat believes she opened a new door professionally, she in fact opens the door to confront her own sexual identity with guidance from Adena and support from family and friends. Viewers fell in love with the relationship better known as #kadena. True to Kat’s nature of wanting to help and problem solve the injustices she sees, Kat becomes a knight in shining armor for Adena whenever she can. This chance meeting blossoms into a hot and heavy romance. 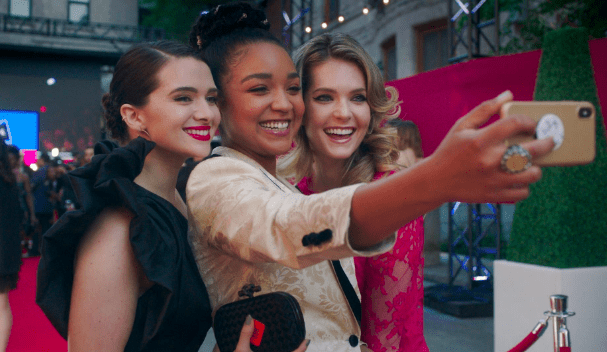 Season 2 is a lover’s kiss of death. Kat and Adena end the relationship in Episode 2, “We’ll always have Paris.” After your first real love ends, here comes your first real heartbreak. The couple needs to be better versions of themselves before they can truly love another person with such intensity.  So, in Season 3, with only a few shed tears, we see Kat starting to level back up professionally and personally. She starts a kickboxing class and runs for city council. Season 3 was full of “Kat Edison for City Council” and a sprinkle of new boo Tia Clayton, whom I love to call her “Kickstarter girl.” Tia is also Kat’s campaign manager. But what rang true over all of the noise Kat created was that nothing could fill the Adena-shaped hole in her heart. The election was lost by one percent of votes.

Season 4 saved the day giving us 18 episodes of bliss. Kat’s deep dive into dating is a wild ride, and the aesthetics, fashion, and writing has been paired like fine wine and dinner. After four seasons, we know that the music of every scene of TBT is just as important as the words, often saying what cannot be expressed. So far this season, love seems to be the theme. Love lost, found, and everlasting. Kat and Adena are now co-workers and exes. They try to be friendly but that doesn’t work out. Going the professional route was unsuccessful as well. It’s not until a common issue arises that the pair are able to coexist. When their work overlaps, Kat learns that Adena was sent to a conversion camp by her father when she came out, and the embers of fire in Kat’s eyes are once again lit for her ex-love. She takes the issue on like a dog with a bone. Kat does what she does best and shows up for the person she cares about. The writing of this series makes it clear that the love the girls have for each other is first, then comes the love they individually have for Scarlett magazine.

Teaming up to uncover the reason their artwork and story shaming conversion camps continued to be denied by legal, Kat discovers that the head of the publishing company for Scarlett, contributes to one of the camps. In many episodes before, the couple agreed that they never want to put the other in a position to risk their careers. Where Adena sees a dead end, Kat sees all the lives of kids who were like Adena who can be saved. This is the largest risk ever taken, the boldest move ever to be played. Much like when young Harry called his Knight to E4, Kat Edison exposed the head of Stafford Publishing effectively losing her beloved job at Scarlett magazine. 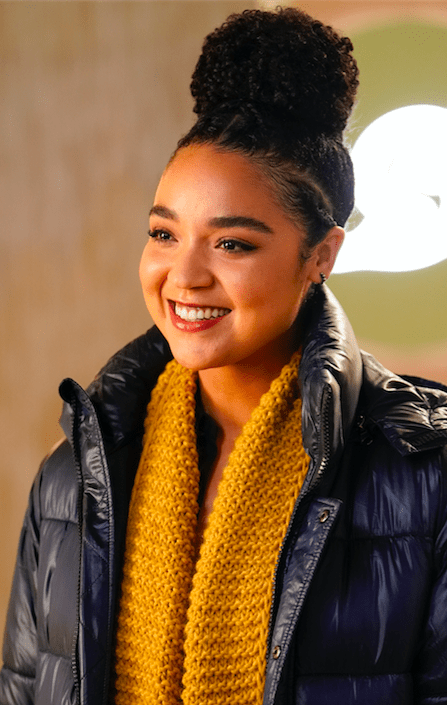 This was a serious blow and a calculated move on Kat’s part, one that I cannot wait to see unfold in the Season 4 premiere Thursday, June 11, 2020, on Freeform. As an employee of Scarlett, Kat knew that the sky was the limit. While pushing boundaries may make others uncomfortable, the end result is always worth the risk if you show up for the people who deserve it. Countless lives will be saved because of Kat’s boldness, and Adena may be truly inspired by Kat now. I never thought I would have to see Kat with no Scarlett or Adena. I know her intentions are honorable but this may be the beginning of a nasty downward spiral. I’m nervous to see how the next phase of Kat’s life will unfold, yet excited because Kat’s integrity and boldness always lands her on her feet.

When I find a TV series that I love, I hope the characters are so truthful that the chemistry bleeds through the camera and into my living room. I found that uniqueness in The Bold Type. I want them to achieve goals, root for the underdog, resist conformity, create friendships that turn into family, and look amazing while doing it. The Bold Type validates so many voices and shines a light on issues relentlessly. Kat Edison is a fictional character, but the beauty of her success is that nothing she does is impossible — just bold. I want to be Kat Edison. However, no matter how hard I close my eyes and click my heels, I never seem to land inside the fashion closet for a secretive meet-up or inside one of these cozy Manhattan studio flats. Maybe one day! I’ll settle for some good wine, a cozy couch, snacks, and the company of my tribe.

Nieema Williams is a 2019 graduate of Fayetteville State University, where she received her B.A. in mass communications. Her passion is journalism and creative writing. Nieema aspires to be a television screenwriter and change the way Black stories are told. A proud Black Girl Nerd! Follow on Twitter on @nieema_k