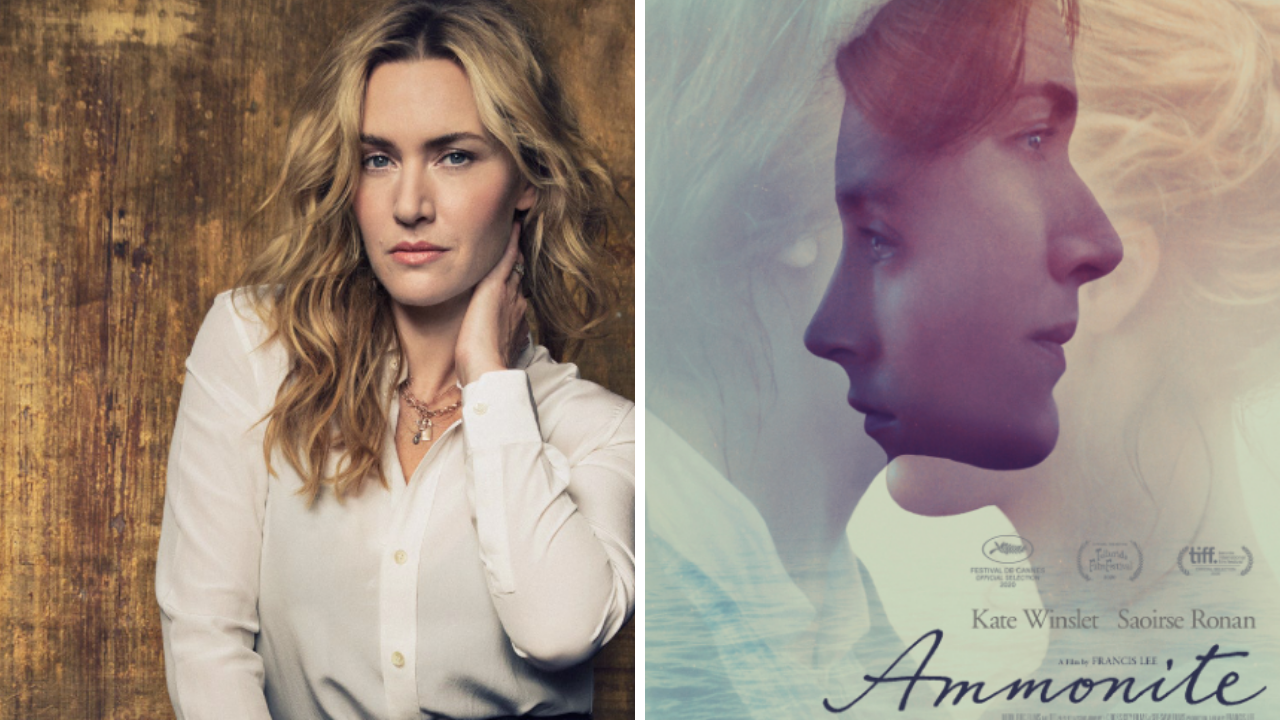 Ammonite is the new film from Neon coming out later this month. Set in 1840s England, the film tells the story of acclaimed but overlooked fossil collector, dealer, and paleontologist Mary Anning (Kate Winslet) and Charlotte Murchison (Saoirse Ronan), a woman sent to convalesce by the sea. The film showcases the intense relationship that developed and changed both of their lives. Known for her roles in films like Titanic, Revolutionary Road, and Eternal Sunshine of the Spotless Mind, Winslet introduces us to Mary in an unforgettable performance. The film is incredible. BGN got a chance to speak with Winslet about her new role and how different it was for her on set. Ammonite will be available on November 13.

I’m such an admirer of your work, and Ammonite is no exception. It’s a beautiful film, honestly.

Aw, thank you so much. It’s so nice to be in a film that people really like. The thing is, it’s actually such a strange time to be talking about a film because when we aren’t all able to sit in a junket room together or at a roundtable and experience connection with people where you can see the expression on their face when they’re asking a question, or why they might be asking that question, or even seeing what a person looks like. Those kinds of connections become so much a part of talking about the story and putting it into the world. It’s such a disjointed, strange thing. So it is lovely to get interesting and positive feedback. I’m grateful for that.

I agree. I was worried that I wouldn’t even get to talk about a film during this time. So, what was it about Ammonite that made you want to be a part of it?

I’ve always been very drawn to films that include LGBTQ relationships, simply because I don’t feel we have enough stories that contribute to the mainstream marketplace of that nature. And to me, Francis Lee has such a wonderfully delicate way of handling queer love stories, based on God’s Own Country, that I felt so excited when the script was sent to me directly from him. I felt that he had handled his interpretation of Mary Anning and this particular section of her life so well, and so beautifully, so subtly. With there being no historical evidence to suggest that she had relationships with either men or women, I also felt it was a very appropriate way of suggesting a certain life that she may have lived, and a certain way in which she may have loved. I thought that he had written about that very beautifully, but in a way that normalized same-sex love, without making a level of secrecy part of the narrative. I really appreciated that. I felt that was quite brave, given that we don’t see that aspect very often. So often, same-sex love stories feel the need to be a bit hidden in some way or justified or explained. There was nothing about the love between Mary and Charlotte that is explained or justified. It just is. I think it’s very pure, very loving, and very beautiful.

While watching the film I immediately thought, This is an ode to romanticism. It’s not even about who’s falling in love, it’s just the idea of love and what that means to one person or another. Is there something you learned about yourself after doing a film like this? Or is there a part of your character that stuck with you?

There are always parts of characters that stick with me, which is not necessarily great. You have a family you have to go home to, and they’re like, “Oh, Mom stop talking about Ammonite.” But there are always things that I can learn. I learned so much in playing Mary. I think it made me feel really grateful. Not just grateful, but respectful of the friendships that I have with my female friends. We have to hang on to the truth of the connection that we have with the people who get us through life.

For Mary, she had so few people like that in her world. And, in those days, you have to remember, relationships between women in particular, but very often between two women, even if they were just platonic friendships, would very often spill into the world of depth and poetry, and intimacy and physical connection, because so often, women were forced into marriages with men who they either didn’t know or who were older than them just because they had money. So, relationships that would fall under the terms of sisterhood became crucial as a means of survival.

The research that I did, a lot of it involved reading old letters. Wonderful love letters. Just general correspondence from one woman to another. But often in the correspondence, the language would spill into intimacy and love, physical connection and longing, and touch and affection in ways that I found so startlingly beautiful. It made me feel, maybe it is time to remember to be more open and more affectionate with one’s friends, especially now that we are in a time where we cannot touch one another. Thinking back to the time of making Ammonite, it made me feel that I want to be articulate with my friends about how much I love them and how much I value their friendship and the importance that they have in my life and with my family. It made me want to be integral, sincere, and open with my friends.

You mention connectivity, but the setting is such an isolated place. What was it like filming in Lyme Regis with the disconnect from the bustle of the city to play this role?

There are times when you will go to work as an actor and you will actually feel like shit, or something will have happened in your own life, or you’ll be worried about one of the children, and there’ll be something going on at home, and sometimes you have to say to yourself, “Okay, this is happening for a reason. What bit of this can I use today? How can I somehow channel this painful thing into this painful scene?” Sometimes that happens. I would say, 70% of the time that actually is happening to me.

So I found myself being in Lyme Regis and going, “Oh my god,” like I’ve been handed a golden ticket. I walked those beaches every damn day, and they were the beaches where Mary was finding fossils. Charmouth Beach, where she found her first ichthyosaur at the age of 11, we worked on that beach; we filmed right there. But the other thing too is Lyme Regis is just two hours from where I live. So, I would get in my car and just drive to work. I would be there from Monday to Friday, by myself, which was hard, but I did it because I knew I had to occupy the lonely space that she lived in. It was lonely, and it was hard. Sometimes you have to do that.

I’ve very rarely had to put myself in a position I did not want to be in, but that this was one of them, living separately, being alone. I did not want to live in a crew hotel with everybody else and be sociable. I was gravitating towards living alone and being in Mary’s space as much as I could. I was able to stay in a cottage that was completely exposed to the sea, to the point that when the weather was rough and the sea was wild, the waves hit the front windows of the house. I was alone in there, you know, and a section of the cliff, 200 meters away from where the house was, where I was staying, collapsed one day. A massive section of the cliff collapsed onto the beach.

That happens a lot in my region, and it happened a lot to Mary. That was how her father died; by falling down a cliff. That was also how her beloved dog died before her very eyes. A section of the cliff fell on him. So, just as much as I could, I embraced every aspect of the circumstances that I was in and was able to channel them as much as I could into who Mary was. It made the weekends necessary that way.

That is amazing. Thank you for this opportunity. And again, best of luck with the film.

Thank you so much. Take care.

‘Ammonite’ is an Ode to the Era of Romanticism