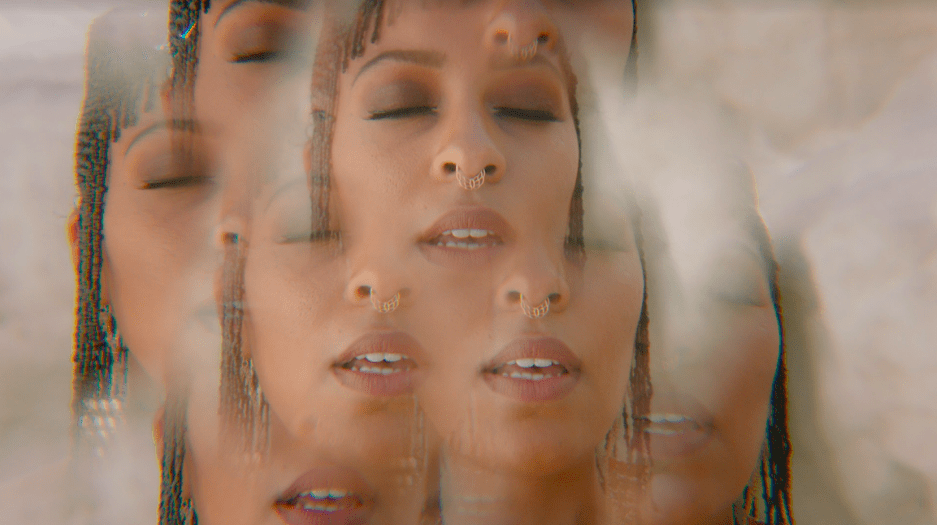 Between the global pandemic and civil unrest we’re seeing worldwide it’s all taking a toll on many of us. Denver singer-songwriter Kayla Marque is no different, having been hit hard with a series of losses over the past few years and now, this. “I am a Black woman living through a global pandemic and revolution,” Marque stated.

“My voice and my story matters.” Using her accumulation of grief and turmoil as pure fuel, Marque has poured her emotions, growth, and experiences into the highly anticipated dual album Brain Chemistry. This exploration of music and mental illness couldn’t be more timely as Marque releases the first half of the album, Right Brain due out July 6.

“This album is a testament to my personal growth as a human and as an artist,” Marque explained. “Though it was bred from darkness, it truly embraces the light, which is not something I have shown before.” We’ve seen glimpses of this ethereal balance in “Love Should Be” (official selection, 2019 Denver Film Festival) and “Copyrights” — an animated epic on romance and self-realization, both of which were released over the past year. Now, Marque is back with three previously unheard songs — ”Mercy,” “Hurricane” and “Dancing.”

“Mercy” kicks off the album as Marque takes command in a percussion fueled, anthemic opening. Right away you get the feeling that this isn’t going to be like anything you’ve heard before… a feeling that only grows as the track evolves. “Hurricane” is no different, transforming itself brilliantly during its over-five-minute runtime. It’s an emotional ballad that you’ll find yourself utterly immersed in before you know it. “Dancing” rounds out Right Brain by provoking a range of emotions that you have no choice but to face as you listen along.

While we anticipate the release of Left Brain, the artist hopes we all let Right Brain take us inward. “Brain Chemistry, as a whole, is about exploring one’s mental health, which is one of the most important things you can do — especially right now,” the musician said. “This music is for reflection, introspection and dreaming. If my fans are able to witness my brain chemistry, that’s cool. But if they can start to see their own… that is the goal.”