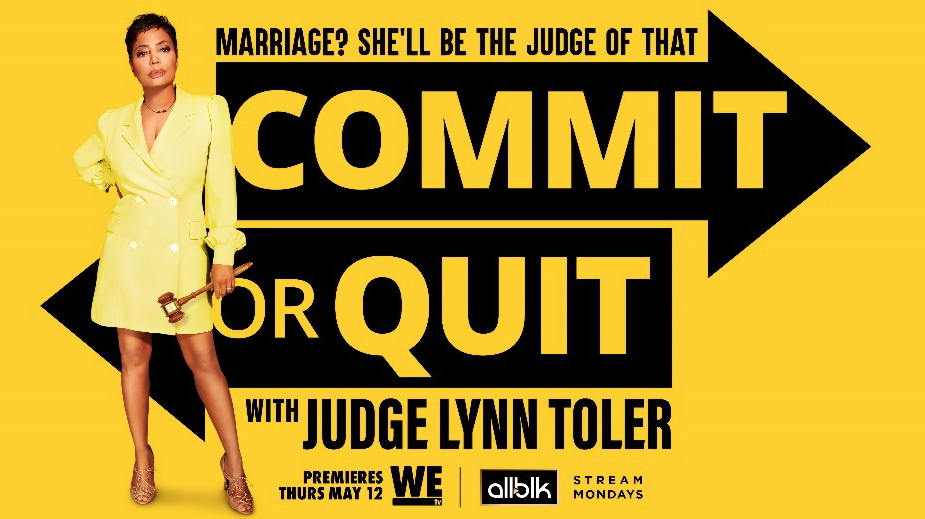 Judge Toler, we’re so excited to connect with you for this interview. After all, you are a TV legend! So many of us have grown up with you and remember you as one of the most real judges on television!

[Laughs] Why, thank you!

Our audience remembers your tenure as the arbitrator on the hit show Divorce Court, where you always issued your verdicts with love. That’s why you resonate so well with people. You’re so kind, but you also know how to keep it real and keep people in line!

[Laughs] I can fuss at you in a manner that’ll make you still want to hug me when I’m done!

Absolutely, and that’s what being a good judge is all about! In our community, you’re seen as a strong role model. Not only as a woman who can hold her own opinion, but who is capable of having people respect her judgment as well. That’s why it’s great to see more female judges of color emerge in this space because that perspective is needed.

We’re excited to let our audience know that you’re back with your TV series Commit or Quit with Judge Lynn Toler! You’ve been in the game for a long time. What is this generation missing when it comes to relationships? What’s the disconnect you’re seeing nowadays in comparison to Divorce Court?

Well, I think several things are different. Technology has really put love on some roller skates!

It’s easy to cheat. It’s also easy to find people, but you don’t really know them. People live out their romantic lives online, which makes them behave in a manner that they wouldn’t otherwise.

I also think that back in the day, marriage was seen as a must, and now, it’s a maybe. Women still enjoy the institution a great deal. Men still benefit from it a great deal since they live, on average, three years longer once they’re married. [Laughs] Now, WE don’t live any longer, but they do because we take such good care of them! So, I think couples have to learn how to navigate what’s new to where they want to go.

That’s spot on! Another thing that’s starting to play a big role in relationships is how we prioritize mental health, which is a beautiful thing to see evolving! Yet, this question comes up at times: how does one put themself first without neglecting their partner? How can we show up better for one another?

I think that, and this is just a personal opinion, the internet sells you all this “self-care is wonderful,” and “self-care is good.” But if everybody is putting themselves first, then everybody’s fighting and jockeying for that one position. So, everything needs to be in moderation — as Maya Angelou said, “everything in moderation.”

In the trailer for your new show, you said something truly powerful: “I’m not for you. I’m for Black love.” In our culture today, it seems like Black love is something we’re constantly redefining to bring us back to our core. In your experience, what should Black love be rooted in?

It should be rooted in the belief that we have to make it together or we won’t make it at all. In this society where everybody tribes up; i.e., “I feel this way about that group” or “that group feels this way about this group,” we end up on a battlefield that separates us. Instead of pointing the finger at the other side, we need to point the same finger at ourselves because we have a lot of ground to make up for! We can’t do it by screaming and fighting with each other. Just can’t.

With that said, do you think there is a cultural shift going on currently? If so, do you think we’re heading in the right direction?

I think we’re heading in the wrong direction. I think that a lot of people do well on social media by causing chaos. I mean, and that’s not just in the love field, it’s everywhere. Politically, everybody says the most outrageous thing they can to get a reaction. I think it is killing us as a people, as humans, in our community, and for our love lives.

Wow! And the key purpose of your new show is that couples turn to you to determine whether it’s time to get married or end things for good. What are some of the things that couples today should be mindful of? What’s the first piece of the conversation that should be had?

The first piece of the conversation that should be had is where you’re going and where you want to go? What is your intended purpose? What is your destination? Are you just goofing around? Or are you really you know. Then we all have to tell the truth to one or another once we do that.

Then once we get into a relationship, we have to sit down and talk about what we expect from the relationship. For women, we have to be very cognizant of what they’re delivering, and is it what we want? Think about your life in terms of how much you’ve done, what you’ve experienced, and how much it’s added to you. You know, the only thing worse than being with an idiot for five years is being with an idiot for six!

[Laughs] Exactly! No one wants their time wasted! You’re an amazing example of navigating the ins and outs of marriage: 30+ years! Congratulations!

Aww, thank you so much!

If there is one thing that you wish you knew before you got married, what would it be?

Talk about how you’re going to talk to one another! Have a game plan, maybe every Friday night at seven o’clock, to sit down and discuss what went on each week. Manage your marriage, don’t just be married — manage it! Be consciously married and pay attention to how you’re going to deal with things. If you hone your communication skills, everything else becomes easier. Not perfect, but easier.

That is phenomenal advice! Thank you so much for giving us the scoop, Judge Toler!

Happy to be here!

Commit or Quit with Judge Lynn Toler airs at 10 PM (ET) after Marriage Boot Camp. Get ready to watch her in action on Thursday nights and, on Mondays, streaming on ALLBLK.