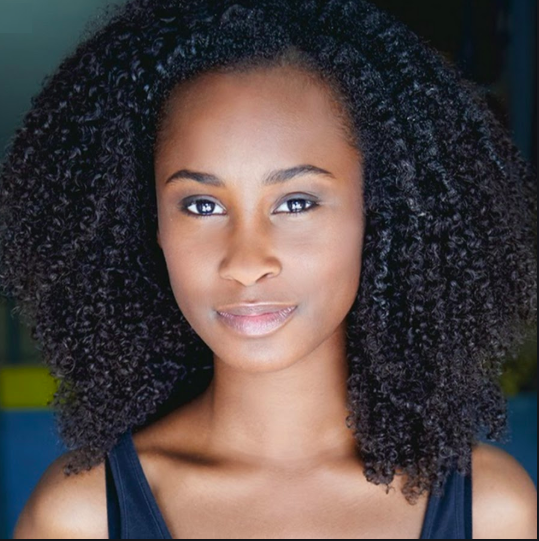 Self Made: Inspired by the Life of Madam C.J. Walker is a recent miniseries on Netflix that shares an in-depth look on how Black millionaire and entrepreneur Madam CJ Walker (played by Octavia Spencer) makes her way up by supporting the visibility and treatment of Black women’s hair, even while she faces hardship and doubt from members of her own community.

The series is inspired by the biography on her life On Her Own Ground by A’Lelia Bundles.

**WARNING: The following interview does contain one specific spoiler between King and Haddish’s characters.

What interested you in being involved in this project?

There are so many aspects that interested me when I learned I was going to be involved in this series. At first, Self Made seems to be chiefly about Black hair, but it’s also a story about empowerment, beauty, and Black women carving out a lane for themselves in a society that barricades them. Not only will you find those sentiments while watching the series, but also behind the scenes. Self Made was also one of the first projects that I’ve worked where the cast and crew were predominately Black women.

What was it like working with Tiffany Haddish, Octavia Spencer, and other actors on set?

Working with Ms. Octavia, oh my! She is so warm and the most hardworking woman out there! Her charm and work ethic is incomparable. To me, as an actor at the beginning of my journey, she is everything I aspire to be. There isn’t anything better than when she greets you in the morning with a hug and says, “How you doin’, baby?”

Tiffany — obviously is hilarious — that is just a fact! But what I discovered while working with her is her generosity and willingness to be so open about her life journey. That was something I admired deeply and will implement in the future. DeMane Davis is just the coolest director out there! Self Made was one of the most warm, intelligent, and encouraging sets I’ve ever worked on, and I hope to continue to work in such environments.

There is a narrative in regards to the competition between dark-skinned women and light-skinned women and the necessity to work together rather than tear each other down. As Lelia states, “All of us in the same boat.” How has that conversation been for you as an actress while working on this project or your experience in past and current projects?

Black women are stronger together. Always. Period. I’m part of several film and acting groups specifically created to give space for Black women of all shades and diasporas. In these groups, we share news about job opportunities in the industry, we ask each other questions like, “Girl, how do you do this?” “How do you accomplish that?” We provide space for our mental health. It’s important that we have each other’s backs. I encourage all of us to create spaces to uplift each other to where we can express our fullest selves.

Another thing I appreciate about Self Made is its willingness to address sexism within the Black community. In my experience, Black women and other Black gender minorities are often pressured to educate cis Black men on how to not take up space. What is your hope for Black men watching this series?

In all honesty, it’s hard being a Black person in America. It’s hard out here for us, and we need to be able to rely and lean on each other. I hope the Black men who watch the series are inspired to help the women in their lives and communities and continue to raise them up into all they are meant to be.

This series takes a fascinating approach to Black queer narratives, particularly in a context that takes place in the past. Tiffany Haddish’s character doesn’t cheat on her husband (a common trope in films and television shows with queer female characters), but waits until her divorce to live her romantic life the way she wants. Your character is the reason for one of the biggest financial opportunities Madam C.J. Walker has ever wanted; you’re not reduced to solely being Lelia’s friend and lover. What has been your approach in portraying Peaches and her interaction with Lelia during the time this story takes place? Has there been dialogue in regards to erasure of not only Black queer history, but Black queer women in general in the media during the process of making this series?

In the series, I love that we see Lelia asking questions and being interested in the “free” life that people live in Harlem. The real Lelia Walker was known for her opulent parties in Harlem, which created a safe space for Queer people of the time. Artist’s like Mabel Hampton and Bessie Smith spoke of highly of her gatherings.

When preparing to portray Peaches, I wanted there to be visible affection between them on screen. However, the two characters are out in public during the 1920s, so we had to be mindful of the era. Unfortunately, we never get to see them in private. I was extremely mindful and wanted Peaches to come from a warm and caring place, helping Lelia come out to her mother and stand with pride. We only see a glimpse of the Lelia and Peaches story; we all wanted to explore more but there wasn’t enough time.

In my research, I found that the real Lelia Walker dated a woman after her third marriage. There’s evidence to support that. There are so many untold Queer stories that aren’t fully documented and not being shared. We need to do the work to uncover them and bring them to light.

In terms of cinema and television, I don’t think we are doing enough to share the stories of Black Queer women. There are some here and there, like Queen Sugar, the Loraine Hansberry documentary Sighted Eyes/Feeling Heart, but it’s not enough. We need more.

Is there anything you’ll take from this experience into your upcoming work in Van Helsing? What excites you about working on that project?

Self Made and Van Helsing are two completely different worlds; but I think I’ll bring the love and warmth I felt on Self Made everywhere I go. It was truly a memorable experience. I’m really looking forward to slaying some vampires while filming Season 5 on Van Helsing.