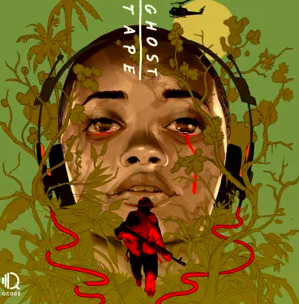 The series trailer is available HERE.

GHOST TAPE is a serialized horror series that follows new recruit Tessa Dixon (Kiersey Clemons) at a remote army base in Texas as she deals with the psychological and physical trauma of basic training. When she finds a tape of her grandfather’s labeled “GHOST TAPE” and plays the haunting audio, she unknowingly unleashes a deadly manifestation of her own family’s horrible misdeeds.

The Woman Behind the Voice: Kiersey Clemons Hopes That Black Girls Everywhere Will Laugh