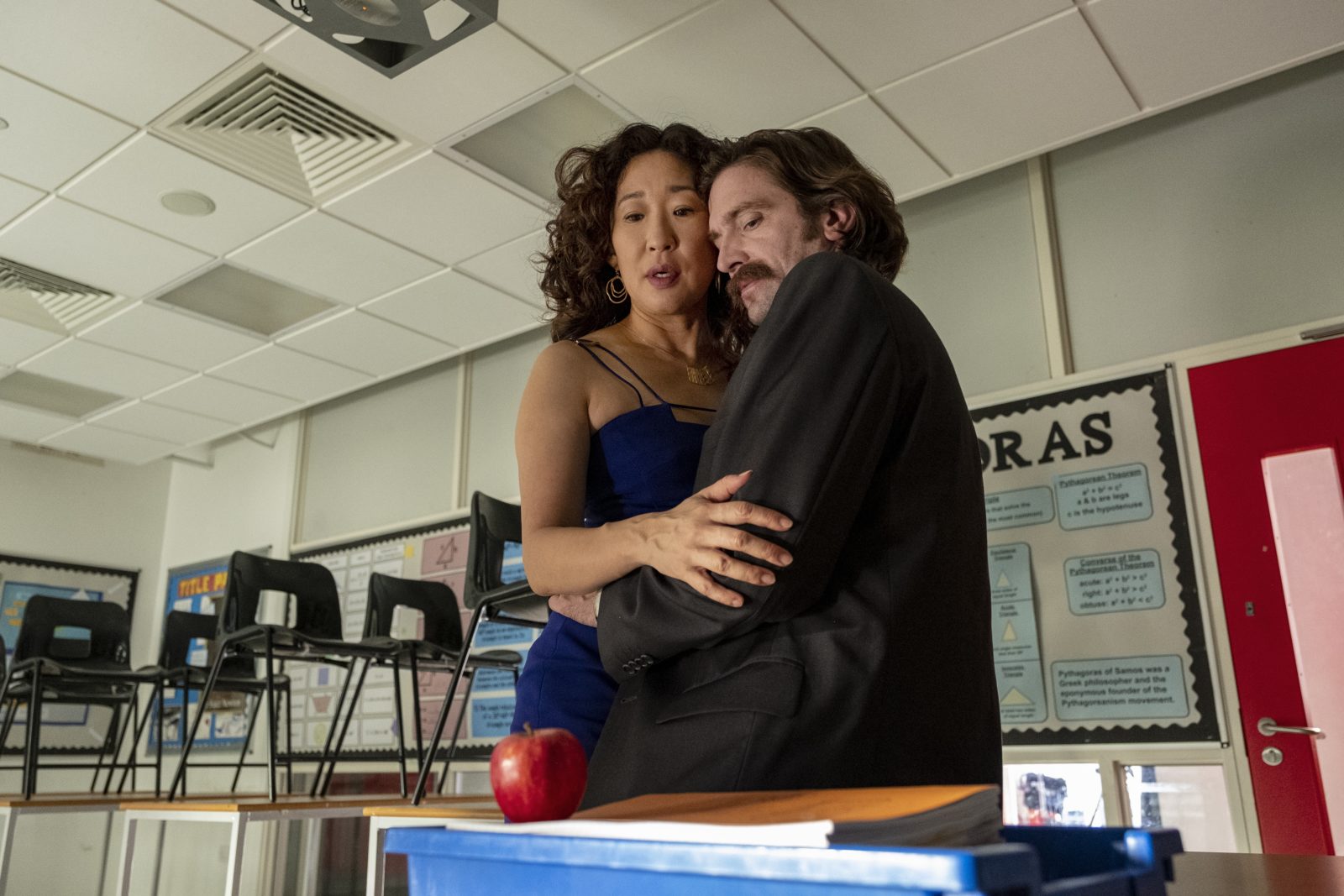 Eve’s portrayer, the Emmy-winning, Sag Award-winning, Golden Globe-winning, seemingly everything-winning actress recently discussed the dynamic between Eve and Villanelle methodically with the press but it’s BGN’s guess that the roles are so much fun to play — like cat and mouse. Below is a summary of the actress’ opinions on her character, her own career and of course that nasty/crazy Villanelle.

On The Sexual Chemistry of Eve and Villanelle

On Eve’s Cliff-Hanger Stabbing of Villanelle

“You know, they’ve crossed the line. Because they’ve crossed a line and there’s kind of no going back, and I think we have a lot of energy at the beginning of the series, and that pushes both of them into a different place of vulnerability.”

On Humor In the Middle of the Gore

“… the humor is the open door. It’s how people think that—if you’re fooling people into like going, ‘I’m gonna just relax and have a good time.’ Absolutely. And then hopefully all these other things, these undercurrents, will slip in as well. I think humor with comedy is just the door that is easier for people to pass through.”

On The Predictability of C-List Male Characters Getting the Knife

“Yes, yes. I feel like immediately from the pilot, that’s not the world that we were in. You know, and if anything it’s exciting because that first, not so much Kasia’s death but Bill’s death, is the one that is like, ‘oh no, this is the world that you’re in is unpredictable.’”

On Really Being On Location for the Show in Rome

“The one part of the show that I think that we all delight in — from the writing to the acting, is that our show has an international feel and flavor to it, and it’s exciting to not only shoot and work on and be on those locations, but it gives such a deep flavor.

It just gives a flavor and a depth to the show and originality to the show, because, that’s another way that I think the audience can lean in. Hopefully, every couple of episodes, you’re going to have a boom, a banner of another country and I love that about the show.

On A Set of Mostly Women

“There’s still work to be done in front and behind the camera.

I’m always encouraging that we’re still developing women and I know that’s a part of how we’re still definitely trying to go forward. It’s about setting the tone. You know, and the fact that you get a chance to set the tone. Having worked in television for a long time, to be able to be one of the people who can set the tone means a lot to me because I’ve seen how things run and there are some ways where I thought I would love it to be different.”

On Getting Into Character

On Her Parents Fears for Her Acting Career

“I think every parent wants their child to be secure and I think if you are an immigrant (Oh’s parents immigrated to Canada from Korea) and your child is wanting to be an artist, unless you yourself are an artist, I think it’s very challenging to let your child go into a potentially unstable life.”

On Going Back to Grey’s’ Anatomy

Oh no, no, here we are on Killing Eve and (executive producer) here’s my partner in crime and that’s who I think about.

“My socially conscious choice is to at all times be present and exercise mindfulness.”