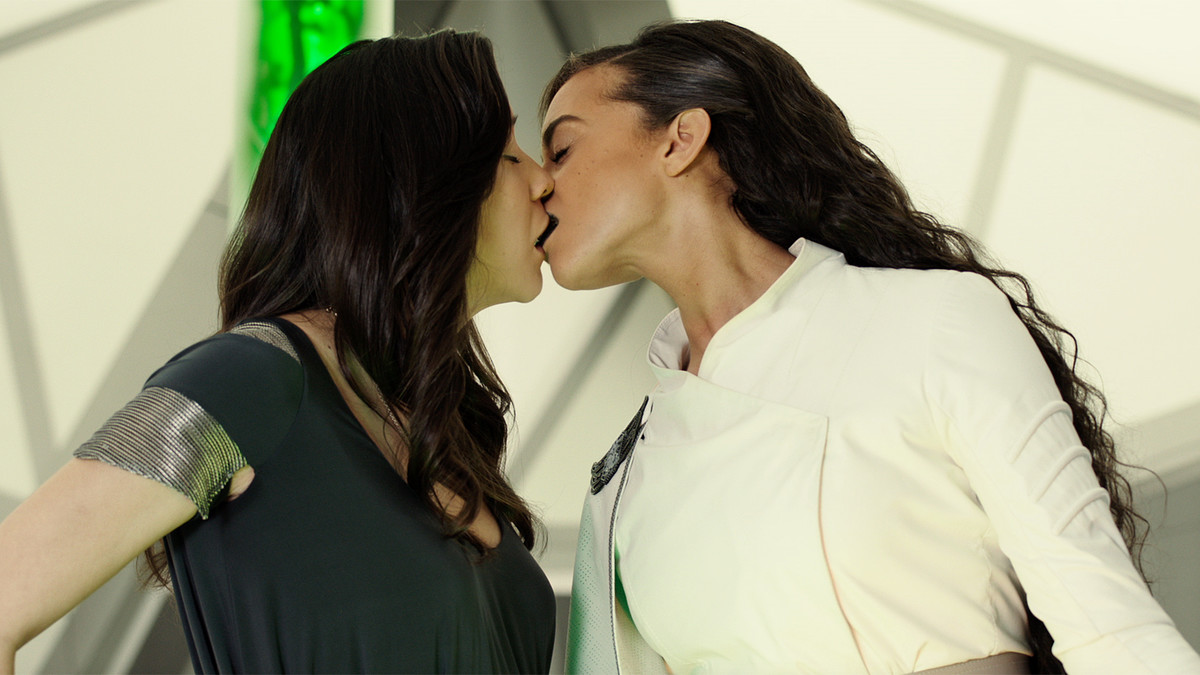 It’s striking to see the inspired confidence Dutch feels at the beginning of the episode compared to how she is at the end. A demoralizing defeat will do that to you, I suppose. As CryhavocDOW on Twitter concisely put it, “They playing checkers and Aneela playing chess.” I knew the moment Dutch promised Baby Moynihan that she would get him out, he was going to wind up dead. When it was later revealed that Art Student Haircut was the mole in Dutch’s ranks, I had to give a sarcastic salute and “Way to go, big guy” to Turin since both of them were his picks to join the team.

Speaking of Turin, I enjoy how his relationship with TAF has evolved over time. Giving half-assed and ornery pep talks, building them black sites, and procuring troops and resources behind the scenes seems to be his forte and he’s been doing it well. What he’s not doing so well is dealing with Fancy. I’ve missed the character these past weeks, but Sean Baek, the actor who plays Fancy tweeted about why he wasn’t around much during these episodes. Apparently, he got into a car accident early in the production of season 3, and while he wasn’t hurt too badly, he was injured enough that fight scenes and action were difficult.

Every episode brings us more context and lore. I love it. Ex-hullen call themselves “the cleansed” but they aren’t trusted, a fact Fancy learns the hard way when Turin is easily dissuaded from helping him in an impromptu cage match with a captive hullen.

As much as I feel for Fancy both as a character I’ve always liked and one who has been violated, I too am a bit nervous about the cleansed and the danger they might pose for our heroes. Time will tell if Turin’s (and my) fears are warranted. Hell, the person who sold them out was a human with dreams of eternal life dancing in his head, so it’s not like humans are inherently trustworthy. I guess TAF needs to hope for the best and prepare for the worst, which is why I can’t even take a side between Turin and Fancy in this episode. They’re both right.
ALSO READ
#SDCC Exclusive: The Cast and Crew of She-Hulk Makes Waves at San Diego Comic Con

Whereas Turin’s sin is inaction at a crucial moment, Dutch’s sin is indulging in a rash action which leads to catastrophic consequences. There has never been a doubt in her mind that Banyon is hullen, and when she finds out she’s human, the tragedy is compounded by the fact that Banyon could have been an ally from the start. She was an intrepid “Level 6” chaser at one time, so her superiors sent her out to chase ghosts in a sector they had already given up on. Seeing Banyon lying there lifeless was a huge bummer for the episode. Dutch lost so much, and Johnny’s drugged out predictions of crushing defeat from their last adventure seem even more prescient.

Seyah Kendry and Gander’s hate-apalooza continues to be delightful. Kendry better watch herself. He’s been around a lot longer than her and something tells me that old dog still has a few tricks. She can keep baiting him if she wants to but I’d advise against it.

Kendry is getting a galaxy class education from Aneela isn’t she? “True power is direct,” indeed. With a push of a few buttons, Aneela wipes out the bulk of her enemies even before they have a chance to form. Kendry seems completely intoxicated by Aneela’s power and willingness to be as extra as human–uh hullenly possible, so I it’s no surprise when she makes a romantic move.

We start off with a dude taking a strap like a champ and end with two lady-folk kissing? Way to go, show. And, I mean that.  All I can do is thank the trees and wait impatiently for our next installment.