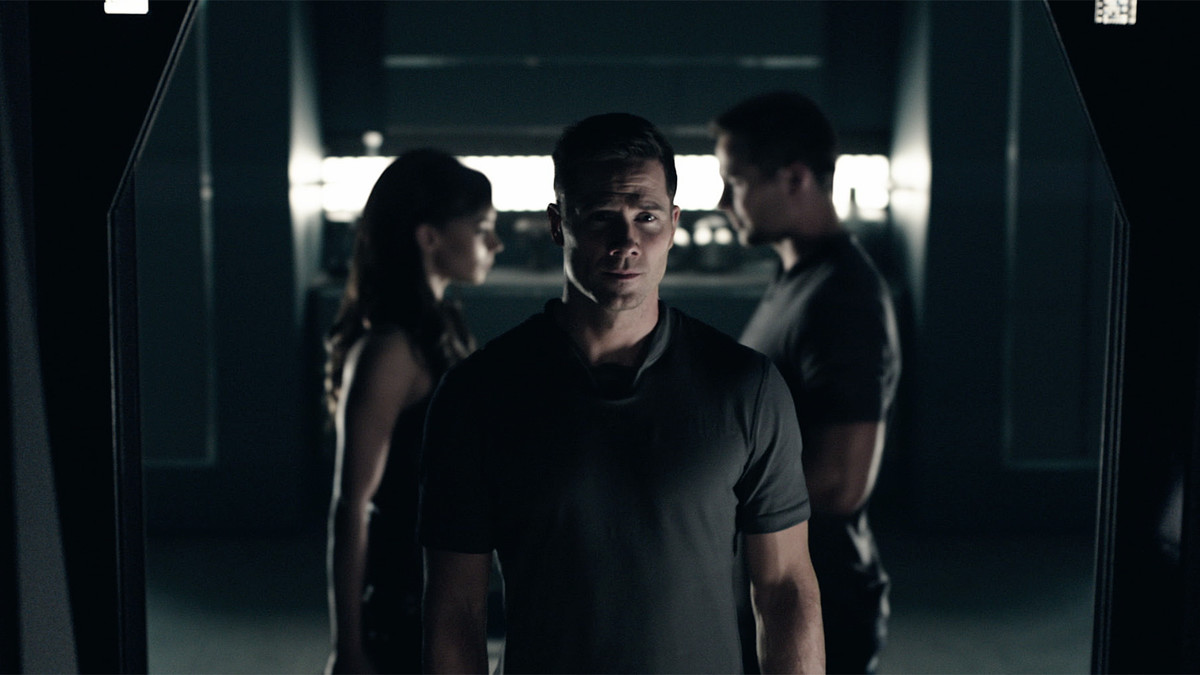 Last week we got a visit from Jelco. This week we have two familiar faces returning. We start off with Quin, the Unseeing child from “The Hullen Have Eyes” playing apprentice to Alvis bringing him his knives for a sacrament called Reckoning Night. This was a lovely bit of lore in which to wrap the episode’s themes and plot. I’m trying to remember if something awful happened to his monastery that I’m forgetting. Either way, the Necropolis is actually a pretty good set so I’m not complaining.

Whereas Jelco, the reptilian scoundrel from last season, came back a hilarious and smitten desert urchin, Kitaan returns pretty much as crafty and murdery as we last saw her. To be fair, it’s only been a few episodes.

So, everyone is reckoning and getting ready for the final battle. Alvis reckons with a skeptical Fancy, which awakens something in him so he reckons with Turin. In a lighthearted and romantic turn, Gared invites his mom to the bar so that he can get her approval about his relationship with Pree. Luckily Pree has been letting her cup runneth over and as Gared cheerfully states, she’s a drunk so Pree was already in her good books before he broke down a simple truth: he doesn’t need to ‘reckon’ with Gared because he has every intention of surviving the battle ahead and coming home to him. (Aww!) I really enjoyed that story. It was such a light and pleasant contrast to the heaviness of the rest of the narrative.

The main reckonings are not consensual. All participants would rather be dealing with anything else. D’avin and Dutch need to reckon with Dutch’s impending fate and Johnny needs to reckon with Delle Seyah at least long enough to give their side some time to get ready for the adversary at their door.

When Delle Seyah’s ship showed up uninvited and blew through their defenses like they were nothing, I wanted to sit everyone down and come up with an evac strategy for the Quad. But instead, this scrappy bunch pressed on. Speaking of pressing on, D’av and Zeph have been working to come up with ways to defeat Aneela without harming Dutch. It was a beautiful sentiment, but it never felt like it had any chance of succeeding.
ALSO READ
Celia Rose Gooding Continues Nyota Uhura’s Legacy in ‘Star Trek: Strange New Worlds’

I really enjoyed Kataan as an adversary. She’s a coiled snake for much of her time on screen. She started the mind games early just as she did with Fancy, hitting Dutch where she lives by comparing her to Aneela and finding her wanting. Then she employed good old fisticuffs and threats to bring it all home. I love that she kept her smug superiority until the very last second. It takes a certain level of density to antagonize someone while you’re stood in an airlock.

As heartbreaking as the final D’av and Dutch scene in “Heist, Heist Baby” was, this one blew that one out of the water. The way that he says “can” in “Why does everybody always think that I can,” gives me goosebumps as I type it. Ironic that he was demanding not to be shielded from the “ugly shit” in “Heist” and in “Reckoning” he’s pleading for a respite. Luke McFarlane broke my heart in that scene. It allowed Hannah to do some beautifully intuitive work, absorbing his pain and turning the mood from that to camaraderie then to mutual comfort. They both deserved gold stars.

The last order of business is Alvis. I’m sad to see him go. I liked Morgan Kelly a great deal, and wish he’d been used a bit more this season, but of the ensemble, he was the one I was most ready to lose. So let’s raise a glass of hock for the “creepy little dude” who was good for some soft-spoken philosophy, a toned, sexy torso, and periodic rolls in the hay with Dutch. 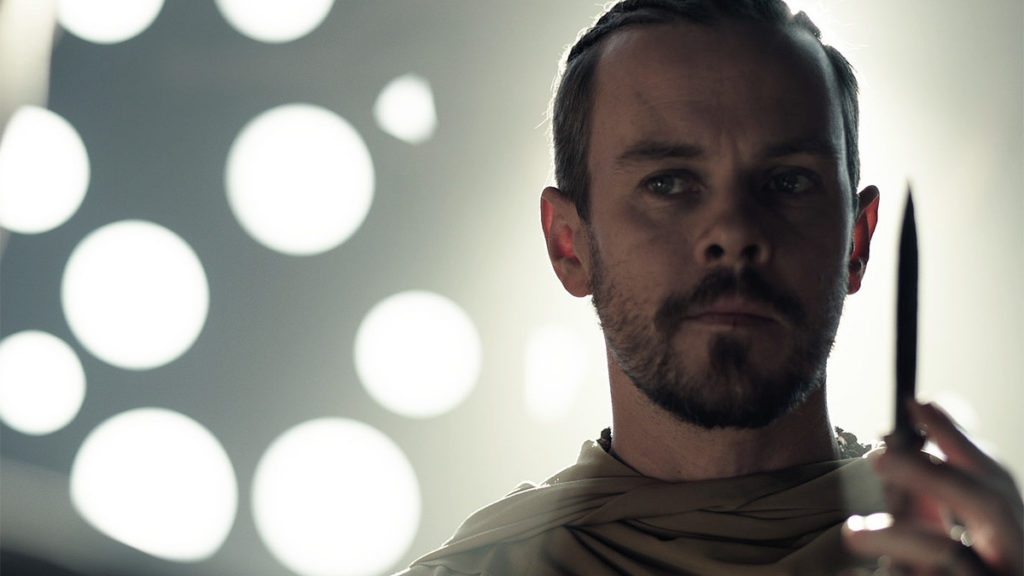