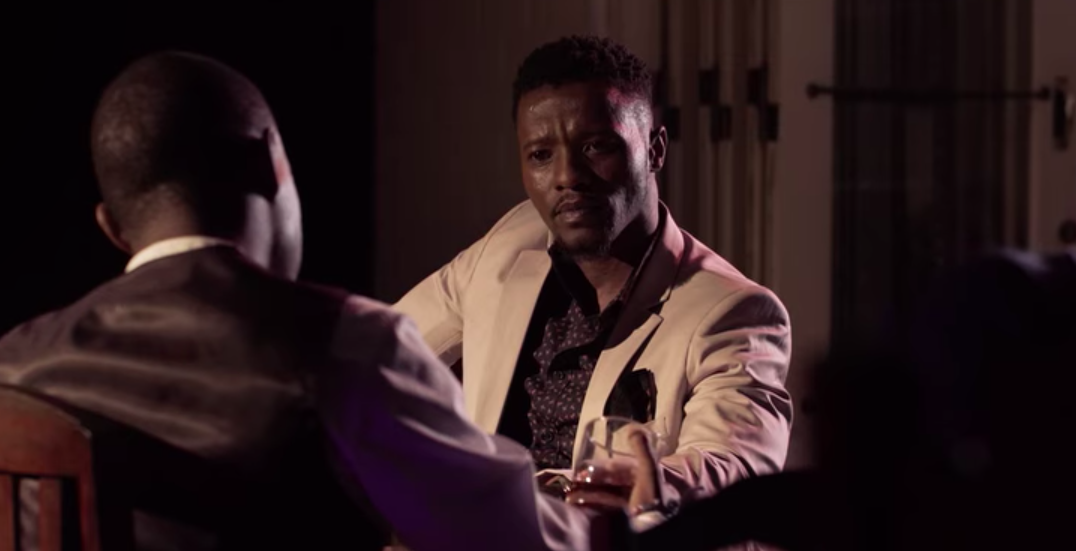 The brothers leave in Mo’s car, but a woman checks on what is happening. On their way home, there is a roadblock up ahead. I hate those things; they are so unnecessary. The cops request a driving license, which Mo doesn’t have. Mo is asked to step out the car to talk to the cop, while Simon begs the mermaid for assistance. A car speeds on by, which gets Mo out of the bad situation. Magic Turner arrives in South Africa. Angela is instructed by Simon to make sure that Phumzi keeps Mo happy. Simon is tortured by the mermaid, demanding for sacrifice.

Zaza continues to push Mimi to get ahold of Tlotlo, but Mimi refuses, which means more torture. I guess Zaza has learned quite a bit from her dad. Aliko Bajo (Enyinna Nwigwe) gets out of prison, stating he has someone to visit. Not sure how he is relevant. Captain Stan is introduced to undercover Special Ops Agent Sonia Themba, aka Phumzi. It would seem that Aliko will be coming after Sonia, and Stan thinks that Jazmine was killed by the brothers. They want to pull Sonia from the case, but she is able to get one more week after Mo calls her. Aliko bumps into Mo at “Phumzi’s” shop with a mysterious message about seeing her soon. Come on Mo, that was hella sus. Aliko trails Mo when he leaves.

Keneilwe wants Lester to tell Simon about them, and the girl informs him that Simon gets his powers from a dark place. I thought she was smarter than that. Magic buys guns from a guy who demands more money than agreed, so Magic takes the dealer out along with the man who was helping him, grabs the merchandise, then texts Sam about seeing him. Why is everyone making rookie mistakes here? I get moving the plot along but geez. When Mo arrives home, he nervously tells Simon that he is going to propose to “Phumzi.” Simon encourages him before driving off. Inside, “Phumzi” is searching through items frantically when Mo walks in. His speech brings her to tears but when he officially asks she declines the proposal, stating she needs time then walks off. Mo, suspicious, goes through her suitcase and finds a gun.

Sting is unable to find Sam and Robin, which he tells Simon. He goes in a shop to question a woman who claims she hasn’t seen Sam or Robin but picks up the phone to make a call when Sting leaves the shop. Captain Stan is visited by a woman who knows who killed Jazmine. Looks like the woman who was watching the brothers. Tlotlo is planning something with Thuso and Nonzi when he is visited by Lester. Why can’t people learn from their mistakes? Tlotlo opens up about Mimi and his love for her. When Mo comes to talk to Tlotlo, he ignores his father again and walks away. I’m so bored over this kid. Lester gives Mo unwarranted advice on Tlotlo, then provokes Mo about the fact he was in jail. It is at this point that both brothers are taken in for questioning about the murder for Jazmine. As the two are placed in a line up, Stan receives an urgent call that allows Lester the opportunity to sneak in to talk to the witness, Faith Mzakhle, about her decisions and how they will affect the safety of her kids and family.

Stan becomes frustrated when Faith refuses to look at the men in the lineup. Mo thinks that they should pull out of the job but Simon wants to take the risk. Aliko pulls up to “Phumzi’s” apartment. Lester is working with Zaza to take over Simon’s empire, but her goal is to kill Tlotlo, who happens to call while the two talk. Everyone is a backstabber I see. Mo pulls up to “Phumzi’s” apartment, gets into a fight with Aliko’s men, then shoots Aliko, who informs Mo that “Phumzi” is a cop. At least he got that out. Sting finds Sam and Robin and calls Simon who leaves Lester and Cyrus at the club where Tlotlo is mulling over things. “Phumzi” is at the mansion looking at positive pregnancy tests when Mo walks in. Sting watches as a man takes two bodies into a car.

Mo questions where “Phumzi” has been, then pulls a gun on her to question who she is. Her only response is that she is pregnant. Even so, he wants answers on who she is. Her tears mean nothing to me. Sting calls up Mo about the situation then later follows Magic to a location that he shares. Magic has weapons and plastic laid out to kill Robin and Sam. Sting walks in to save the two but ends up getting shot in the process. Magic shoots Robin in front of Sam then turns to pull the gun on Sam. Simon pulls up to the place on his bike but is disturbed by the mermaid demanding a sacrifice. He walks in, not seeing Magic, who pulls a gun on Simon but is quickly disarmed as they fight. The mermaid repeatedly demands a sacrifice, which prompts Simon to choke Sam to death. Magic walks away during the situation. Mo shows up to find Simon crying over his son’s body, then realizes that Simon has killed Sam and has never left the mermaid. He pulls a gun out on Simon, closes his eyes, then pulls the trigger.

These last two episodes hit the climax pretty quickly with the different shots of characters and what they are going through. I wish that we could have gotten more when Aliko showed up. I think that he would have been fun for Mo to hang out with. South Africa and Nigeria working illegally together would have been the ultimate gang plot. I was pleasantly surprised by Phumzi’s reveal. I can’t believe that I didn’t see it coming. The family should have worked together but due to their issues, they are the very reasons as to why their empire will fall. There are so many backstabbers. I do hope that the family grows. I need more character development instead of beating the same drum. The show could have gone into more detail on the lore that they mentioned. It could really have been fun. This show has some of South Africa’s heavy actors who have been around for decades. Enyinna Nwigwe making an appearance was a delight for me.