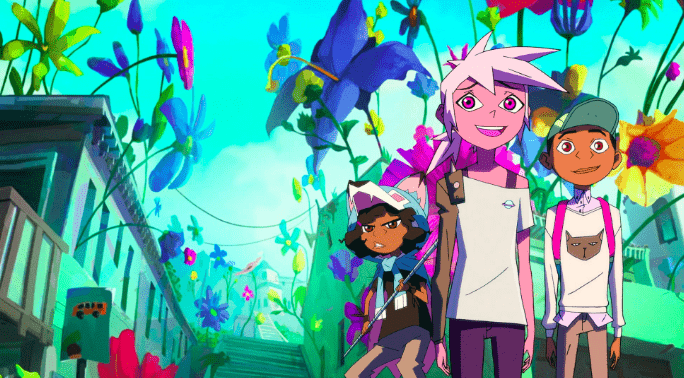 Kipo and the Age of Wonderbeasts is a delightful series that the whole family can enjoy. The combination of a hopeful character with her knowledgeable sidekicks and a mystery about Kipo’s family make for an exciting series. This animation on Netflix is an original production by Dreamworks, who notably finished their recent successful run of She-Ra and the Princesses of Power. Like She-Ra, this new show features diverse characters who ultimately prove that despite our differences, we truly are more alike than not.

The story takes place in an apocalyptic world where the last of humanity attempts to survive in an almost hopeless environment. The surface of the world is covered with overgrown plants and creatures. This danger is magnified by the addition of mutant creatures, referred to as “mutes,” fiercely territorial anthropomorphized animals who almost universally have an innate hatred of humans. Although the most dangerous ones typically lack intelligence (but are also the cutest!), many are sentient with their own unique group identity. This world provides a never-ending source of creativity as the titular character and her friends explore on their adventure together.

Kipo Oak, voiced by Karen Fukuhara, is a human teenage girl who has lived her whole life in an underground burrow hidden away from the rest of the world. This all changes, however, when she finds herself suddenly separated from her family and forced above ground. She is now trying to find her way home. Fukuhara is memorable for her role as fan favorite Glimmer in the inclusive and gay positive series She-Ra and the Princesses of Power. Much like Glimmer, The character of Kipo always remains positive and excited about the new world she is exploring after her unfortunate separation. 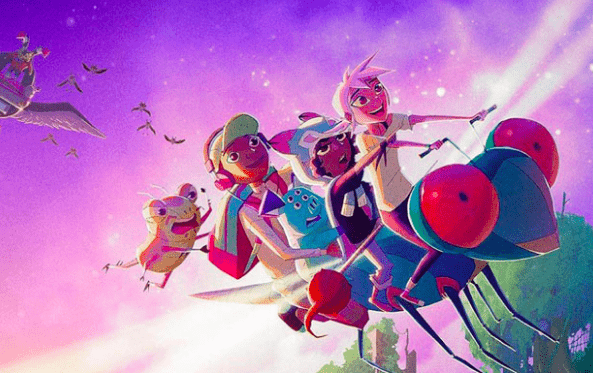 In this world, Kipo quickly meets up with Wolf, voiced by Sydney Mikayla. Wolf is a no-nonsense girl who has struggled to survive and in many ways is Kipo’s opposite, completely jaded to the wonders of the world around her. These two are soon after joined by Benson (Coy Stewart) and a bug mutant named Dave (Deon Cole), who like Wolf are equally surviving together in the apocalyptic world but are choosing instead to enjoy the adventure every new day brings. Together, these four journey throughout the world encountering misunderstood groups of mutants, who through Kipo’s insistence are aided and befriended. The journey becomes complicated by the self-appointed ruler of mutants named Scarlemagne, voiced by Dan Stevens, whose unmatched hatred of humanity drives him to enslave and control every living human.

This animated series blends music, colorful creatures, with lighthearted situations and meaningful dialogue. Season 1 can be best described as an exploration of the world Kipo wishes to inhabit. In a way, it’s a world she was a part of but was brushed underneath. Season 2 starts off where Season 1 ended, and the theme of the story changes with it. In Season 2, Kipo attempts to gain a better understanding of herself, where she comes from, and how she can help the world and the people she loves.

Many of the humans who live on the surface have struggled to survive, and in doing so, they have lived a life of solitude. Wolf, being a prime example, learns through the first season what it means to be part of a pack that truly cares. Her story is developed in the first season and we gain a better understanding as to why she has chosen to live alone. Her past is heartbreaking. Her decision to leave her pack is upsetting enough to make anyone less trusting of those around them. Wolf does have a strong sense of friendship and loyalty to those who she feels connected to. 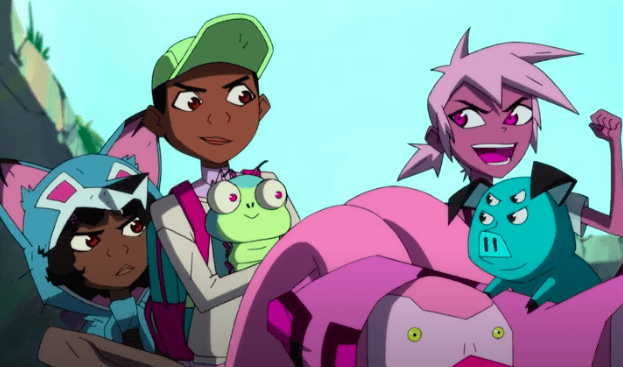 Benson, in Season 1, has come out as gay. This was positively received by both viewers and Kipo, since there were moments of a deeper relationship between them. His story arc becomes ever more fleshed out in Season 2. Benson might just be the hidden star many gay viewers have been hoping for. Far too often, gay characters are portrayed as effeminate or drag. Benson is portrayed as an average teen boy. There are no embellishments or exaggerations needed for him to be fully understood as gay — he is just a gay character who has a crush.

While there is still much to find out and discover about Kipo and the world of wonderbeasts, the series will keep you entertained. The series has strong representation, diversity, and an interesting narrative for young and older audiences alike. While the story alone is enough to keep you watching, the acceptance of the beauty of the biosphere’s diversity will keep you coming back for the rest of the seasons.

The seasons of Kipo and the Age of Wonderbeasts are now available to stream on Netflix.