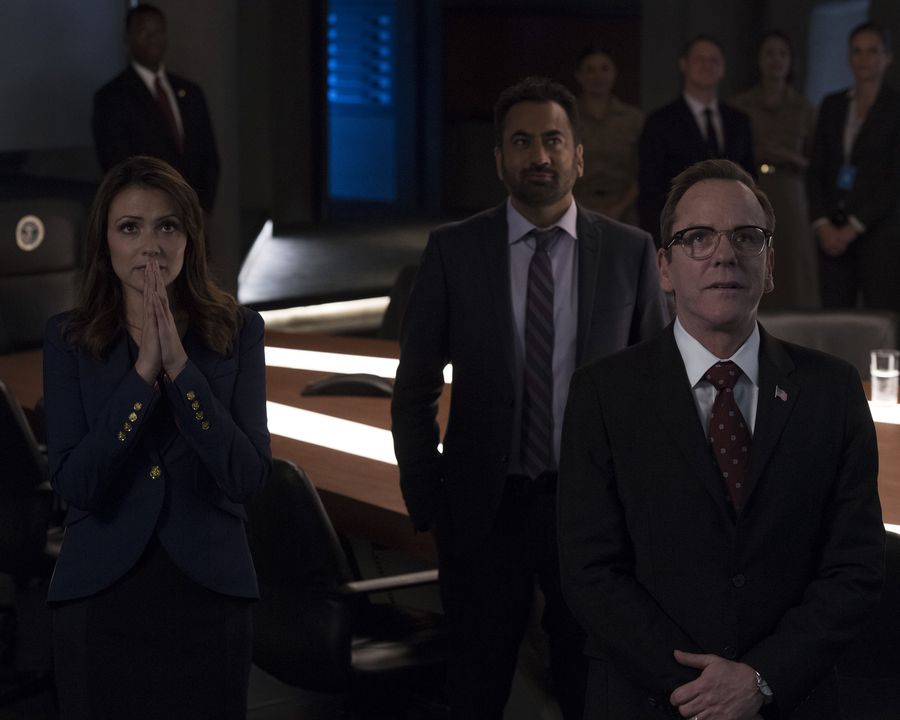 Before breaking for the holidays, Designated Survivor ended on an expected sad note. Finally, the case against Alex got some closure when she and Kendra went court and got the charges dismissed. Sadly on her way back from the closed hearing, her car was T-boned by another vehicle. The crash was fatal for Alex and rocked Kirkman to his core as he felt that he and his wife had finally put their issues behind them. We were then left wondering what could this mean for Kirkman and Designated Survivor?

This episode drops us in on Kirkman and his staff at the White House 10 weeks later. A few minutes in, I realized all was the opposite of what I expected. Instead of the badass Kirkman that had developed, we were left with the Kirkman from the first few episodes of season 1, a man lacking confidence and afraid to take risks. In his personal grief, he was MIA, and as President, he hadn’t made any decisions on any pending issues. Clearly, others saw this change and Kirkman was ordered to see a therapist for his grief.

Kirkman grieving isn’t a pretty picture. He is shut off, not paying attention and snippy in conversation. Luckily the therapist assigned to him cuts right through all the walls Kirkman has thrown up and gets to business. It is revealed that Kirkman blames himself for Alex’s death, but as the therapist gets Kirkman to realize it is his anger at the driver that is truly eating him up. He encourages Kirkman to let that anger out, which he does when he visits the man in jail. I enjoyed that moment as Kirkman practically said he is keeping him well fed and unharmed just so that he can reflect on what he did as he spends his days in jail. Mr. Therapist, thank you for bringing Kirkman back to us.

In the cliffhanger moment from the last episode, Hannah put a bullet in Damien’s chest and didn’t check to see if he was actually killed. The first time we see Hannah, she is in Aaron’s office, being told she is on probation for her actions against Damien, who is still missing. I was let down I can’t lie; I really wanted to know where the heck was Damien?

The storyline moves along and Kirkman’s delegation of a trader’s group trip to Cuba gets hijacked when a rogue anti-government group Liberation of the People takes them all hostage. As expected things escalated quickly and there was *gasp* a member of the trader group in on the whole thing. Hannah even though a hostage, manages to escape and get intel. She got recaptured again but manages to alert the White House that Cross is behind it all. After further investigation, they discover the conspiracy between Cross and the President of Cuba. They get the hostages back, pay no ransom and then Kirkman is back in full force as he tells the President of Cuba he’s been caught red-handed.

We get back to the drama of the other White House staff and see that Emily and Seth went from discussing taking a baecation, to Emily fessing up and saying she’s not even sure she wants to keep dating Seth. I saw this coming; Seth is real sweet and he will be good for someone but I don’t think its Emily. Emily is in love with Aaron, but I don’t think she’s ready for any relationship right now because she’s married to the White House. Then in the last scene, we see Hannah putting on her night cream before crawling into bed. A shadow emerges with a gun and finally, Damien appears. He says that they have a lot to talk about and couldn’t agree more. I really want to know if Damien will be the key to the villain that this show needs. Kirkman solving international/domestic dramas each week is cool and all but someone trying to bring down the White House is way more entertaining.