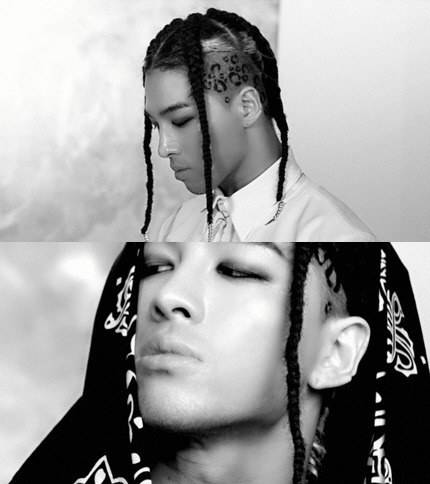 My latest Kpop Roundup addressed scans from Bigbang10 The Collection From A to Z photobook where Taeyang was quoted romanticizing the pain and suffering of black people as a reason that our music was so soulful. He muses that he needs to suffer more to better display this music. The scans were in English and as it’s a Big Bang photobook with quotes from all the members it did not require a source. The scans exist (even though many Big Bang fans have not uploaded this particular page) and you can see them here and here at the 12:08-12:10 mark.

A Taeyang fan sent this explanation about the quote/interview being wrong and incorrect. The report goes on to state:

If this is, in fact, the case than I will post a retraction and amend my feelings about Big Bang but I will wait for an official statement from either Taeyang or YGE.

What I won’t do, is take these giant leaps as facts. The photobook includes words that are presented as quotes from the members of Big Bang. Why would YGE and the members greenlight this product if it was not authentically them? Big Bang is an older group, and the members are very hands on when it comes to their image so they could have asked for an edit if they felt that they were being misrepresented in any way.

My criticism is not out of hate, as I was a huge Big Bang fan before seeing his quote. And it’s not for clicks since you would have to read the entire article to get to the part where I speak about him, and I do not mention Taeyang in the title.

What I feel this does comes down to is blind stanning. These fans feel that they know Taeyang and that he would never say these words, even though it’s not the first time he’s been accused of being problematic towards black people and black culture. The past interviews they’re referencing are similar, but celebrities get asked the same question ALL THE TIME so it’s not out of the ordinary for him to be asked these questions on multiple occasions. They have no real excuse for the discrepancies between the old interviews and new quote, so, of course, it must be edited for dramatic reasons. Though, keep in mind that this is a photobook that fans will buy out of love, so there’s no need to spice it up for sales. And if the quotes are old, that doesn’t make them any less truthful and honest.

I’ll certainly keep an open mind if this quote was taken out of context, edited or mistranslated but I also ask that Taeyang/Big Bang fans keep an open mind that their idols are just as flawed and problematic as the rest of us.

Natandy lives in the 6 but has regrettably never met Drake. She loves Kpop, comic book, movies, and her favorite genre to read, write and watch is fantasy. You can find her on Twitter (@ashleyt17) where she is constantly confused about How To Get Away With Murder and gushing about Kpop at the Music Mind (themusicmind.com).