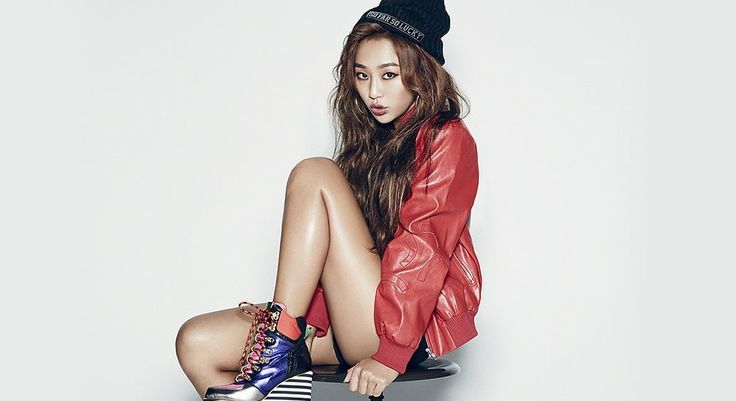 How’s January treating you so far? I feel like we’ve had so many comebacks and OST releases that I can’t keep up! Maybe it’s due to writing these posts but I hadn’t realized how fast paced the Kpop world was before. Are you liking to January releases so far? I’ve been blown away by some and bored to tears by others. So, let’s get into it!

Day6 (not to be confused with Diddy’s group Day26 or maybe that was just me) is back with a pretty neat concept. They’re releasing a single every month and I think it’s a great way to keep themselves relevant in an already oversaturated market while also giving them the freedom to try diverse music styles within the year. As a band, they’re expected to have more freedom with their music but they also need a fan base to make money so this allows them to feed their artistic sides while also giving the public what they want to hear from time to time instead of being stuck with one or two concepts per year. The first release this year is the anxious single I Wait. The laid-back verses and bridge make way for a rock heavy chorus that includes anthem like singing. I like what they do with the instrumental in the verses more than the chorus but as a whole the song is one that sticks with you. I especially enjoy the falsetto echo’s.

Hyolyn and Hyuna are coming to North America! Tickets for Hyuna’s shows have already gone on sale and they seem to be selling well from what I’ve checked with the Canadian dates. I’m not a fan of Hyuna but I do love some of her singles and I adored the back half of 4Minute’s career. It’s my hope that her solo tour goes very well so that other Kpop artists come to Canada in the future. Now, I do like Hyolyn and I’m waiting for more information to decide if it’s worth going to the US to see her. I’ve seen many male artists and groups tour North America so I was quite surprised to find out that two relatively successful female solo acts (that weren’t Taeyeon) would be performing here. If you’re interested in either artists, check out these pages for more information on both Hyuna and Hyolyn’s solo shows. If I go, I may see some of you there!

Rookie group Pentagon are back with Pretty Pretty and they continue to release solid music with entertaining music videos. What I like about their music is that they incorporate elements of hip hop but it isn’t a concept for them. Pretty Pretty’s instrumental is trumpet heavy and that adds a cool distinctness to the song. The music video has the common underdog story but I am a sucker for them so of course I loved it.

Girls Generation maknae, Seohyun has finally released her debut solo single and mini album. The title is Don’t Say No and while it was a solid single to promote, I was far more impressed with the rest of the songs on her mini. Magic and Hello (featuring Eric Nam) are stand outs but Love & Affection is the single that caused me to stop what I was doing and hunt down a translation right away. It reminds me of something Christina Aguilera would have released in her debut album and the chorus is stunning. The upbeat tempo builds to it perfectly and her vocals rise to the challenge. I have been hit or miss with the solo work from members of Girls Generation’s but I would rate Seohyun highly with what she’s offered so far. I’d also like to note that she wrote or co-wrote 6 tracks on this mini. She put in the work and it shows. Seohyun FIGHTING!

The farewell song for 2NE1 was released and Goodbye is a fitting choice for the end of their story due to its melancholy and sadness dripping throughout it. I’m still upset and bitter about how things fell apart last year and this video doesn’t help me feel better about any of it. The song was written by CL for Minzy but they did not include Minzy in making the song so I’m not completely buying it. The single also highlights how much of a dependence they had on Minzy’s vocals. That being said, I did love the song. The lyrics are beautiful in their sorrow and nostalgia while the video pays homage to the years the girls spent together. I will always miss 2NE1.

Luna [F(x)], Solar (Mamamoo) and Hani (Exid) released Honey Bee and it’s a cute bop. The girls sound great, they look great and it’s continuing the trend of artists coming together to collaborate regardless of what agency they are with. I was worried that Hani would be out of her depth vocally but she held her own. Rain released The Best Present and then gave the best present to Kim Tae-hee by marrying her. The Best Present was produced by Psy and is a slow, melodic track with slick dance moves. It would have been disappointing with anyone less talented and charismatic than Rain. 4Minute CLC released Hobgoblin and it is a clear departure from their usual concepts. Hobgoblin was guided by Hyuna and you can hear her influence and voice within it. I didn’t like it but I can see how they’ve gained new international fans with this new direction. The only part of the single that stood out to me was the bridge but everything else felt like a cheap costume that didn’t quite fit. Hello Venus came back with the theatrical Mysterious and there were aspects of the song that worked very well. The piano and whistling were especially captivating and the music video fits with the mood of the single. This group has been around for 5 years but they don’t appear to be very popular. I’ll keep an eye on them in the next 2 years but I can see them going the route of Rainbow.

Nat’s Corner: The drama of 2016, Goblin, may have come to an end (cries) but I still have the Original Soundtrack (OST) to keep it in my memories. I used to believe that OST’s were nothing more than a conspiracy to sell music by forcing you to listen to the song over and over again in a drama but there are some OST’s that can stand on their own as fantastic singles in their own right. Then there are some songs that bring you back to a scene, character or relationship every time you hear it. Whatever the case, OST’s are both popular and lucrative within Korea and abroad.

OST’s tend to be ballads about love but they embrace the full spectrum of that emotion and that’s why they’re the perfect fit for the rather melodramatic nature of Korean drama’s. I love me some emotional ballads so they’ve always been right up my alley. Here are my favourite OST songs:

Ailee – I Will Go To You Like The First Snow (Goblin)

Taeyeon – Can You Hear Me? (Beethoven Virus)

Taeyeon – I Love You (Athena: Goddess of War)

Heize and Han Soo-Ji – Round and Round (Goblin)

Soyou – I Miss You (Goblin)

Davichi – Because It’s You (Big)

Some of these songs became favourites after watching their respective dramas while others were favourites that I randomly stumbled across. For example, whenever I listen to Round and Round, I can envision the scene when Grim and Goblin appear to save Eun-tak. Their side by side gait while bathed in darkness added an extra dimension to what is already a fantastic song. Then there’s If It Was You which brings back the memories of Hae-young’s yearning for Do-kyung and the feelings of being second best that plagued her throughout most of the drama’s run.

Other songs are just great songs with no ties to the drama because I either couldn’t get into the drama or I just never bothered to watch it. Tears Falling and Can You Hear Me? Would fall into that category. Both are great songs from experienced vocalists and stand alone very well.