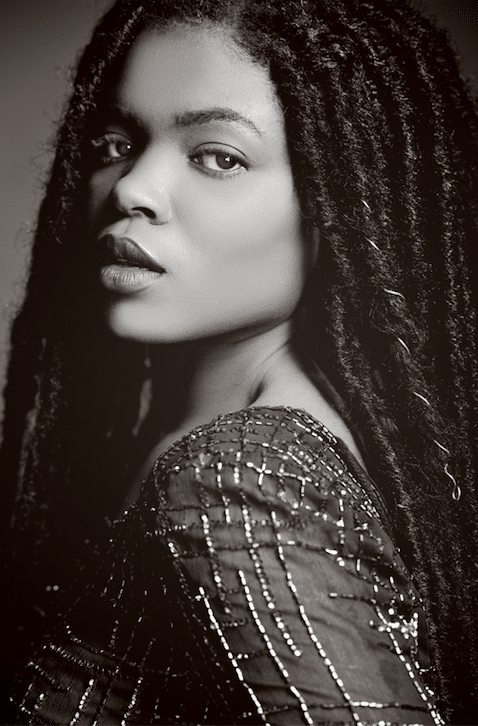 In her fourth year at the University of Georgia, Kyanna is majoring in entertainment and media studies. “I just finished my final oral presentation, and I have a final next week. You caught me at the right time!”

I talked with Kyanna about Chambers, math — she’s a true Black Girl Nerd — and having Oprah as a mentor who wants the budding actress to play her in a biopic. 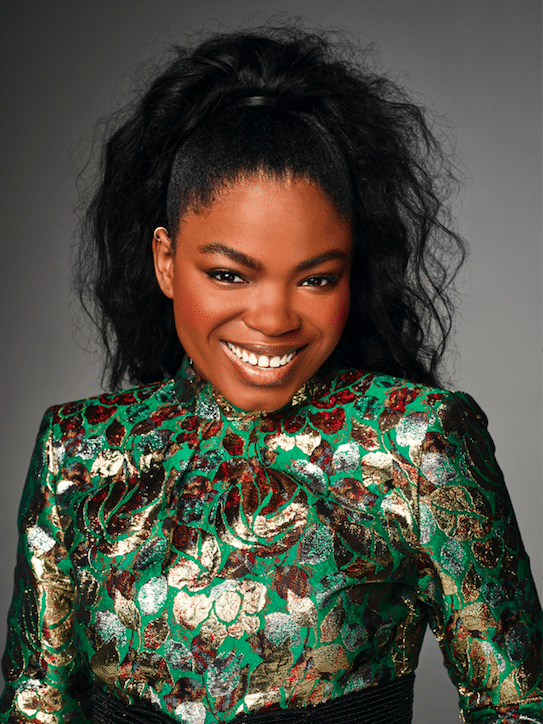 I see that you are a busy person. I will try not to keep you on the phone too long!

[Laughs.] No problem, I’m excited to talk with you!

That’s good to hear! Congratulations on the new Netflix series! Tell me about Chambers and your character.

The show centers around a 17-year-old girl named Sasha, who has a freak heart attack. She gets a heart transplant, and things start getting really creepy. Sasha sees, hears, and does things that she can’t control. I play Yvonne, Sasha’s best friend. I help her along the way in trying to figure out what’s going on with her body, her life, and her mind.

Yvonne is a super-intelligent Black girl. I am so happy to play a character like Yvonne because she’s a tech geek and she loves math. She is a true Black Girl Nerd! I love how the creators wrote and developed Yvonne as an intelligent Black girl. I can relate to Yvonne because, as a college student, I take a lot of classes where you are pushed above and beyond your goals. Math and science are my forte. If I wasn’t acting, I would’ve majored in mathematics.

Yeah. I took a calculus class a couple summers ago, just for fun. I got an A! [Laughs.] I’ve always been in love with math.

How did you fall in love with acting?

Well, when I was a kid, I was into math and acting. My mother noticed that I was doing very well in math classes, and, my teachers would reward me. The first thing I wanted to be was an astronaut. My mother would take me to space camp and the Georgia State Science Fair. I won so many prizes there, like microscopes. I changed my mind and wanted to be a microbiologist, then a chemist, a lawyer. I eventually started pretending to be these professions and realized that I could be an actress and play these people. I’ve always kept math and my imagination close to my heart.

How did you get the role of Yvonne?

I was filming a Lifetime movie titled, Three’s Complicated, with Shanola Hampton (Shameless) and Tyler Lepley (Tyler Perry’s The Haves and Have Nots) and got an audition for Chambers. When I saw that it was for Netflix, I said, “Whoa!” When I finished a scene, I ran to my trailer and had my mom tape me reading the part. I was so excited about playing Yvonne, I think it showed on my tapes. I got the callback to meet for a test, and I gave my all. When I got the call that I nailed it, I was screaming, “I’m going to be on Netflix!”

You attend the University of Georgia. Are you on campus or do you take some online courses?

I am a full-blown college student! I ride the UGA bus, go to my classes, eat cafeteria food, and hang out with my friends.

Do other students recognize you? Especially as Kiesha from the CW’s Black Lightning?

Yes! It’s so cool! I’m not always wearing makeup, and I wear the usual college student attire sometimes. If someone notices me, I’ll say, “Hi! I’m sorry that I don’t have a completely made-up face today!”

Don’t apologize for that! Just say, “What’s up” and keep moving!

It’s so much fun, though. I like meeting new people. If they bring up Black Lightning, I thank them and ask what they think about the show.

Getting back to Black Lightning, your character Kiesha is BFF with Jennifer Pierce (China Anne McClain), daughter of Jefferson Pierce in the show. Kiesha’s a bad girl who pushes Jennifer to do bad things.

Kiesha likes to party, but she’s a smart girl, too. She ran for student government president. I’m just loving that the Black girls I portray are also intelligent.

Was there a favorite movie or TV show with an intelligent Black girl that you loved watching?

Yes. My favorite movie was, Akeelah and the Bee. I loved how far she’d gotten in the spelling bee. That movie made me enter my school’s science fair. When films like that are made, there are little girls watching and becoming inspired. I hope to do a film where my character inspires Black girls to do great things. 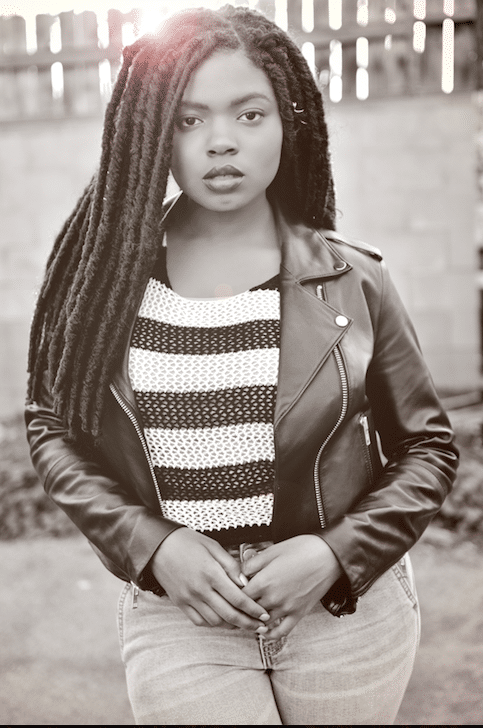 Let’s talk about you playing teenage versions of adult characters played by Oprah and Octavia Spencer, especially Octavia’s role in the horror movie, Ma. That trailer!

[Laughs.] It’s a good horror film. I’m so happy to be a part of it. I was called to audition for it. I loved how director Tate Taylor (The Help) guided me during the audition. I told myself that one day, I was going to work for him, and I got the role in Ma.

Oprah Winfrey calls you KeeKee and told Vanity Fair she wants you to play her in a biopic. How does that feel?

When I did my scenes as a younger Deborah Lacks, Miss Winfrey would be on the set watching. We’d talk and laugh a lot. She gave me so much knowledge and advice. I am happy to have her as mentor. I don’t have the words to describe [what it’s like to have] Miss Winfrey wanting me to play her in a biopic! I spoke it into existence —as a teenager I always told my family and friends that I was going to play Oprah Winfrey and work with her. When I got the part in The Immortal Life of Henrietta Lacks, I cried. It was a blessing.

I look forward to seeing you star in that Oprah biopic!

Chambers is currently streaming on Netflix. Ma opens in theaters on May 31.