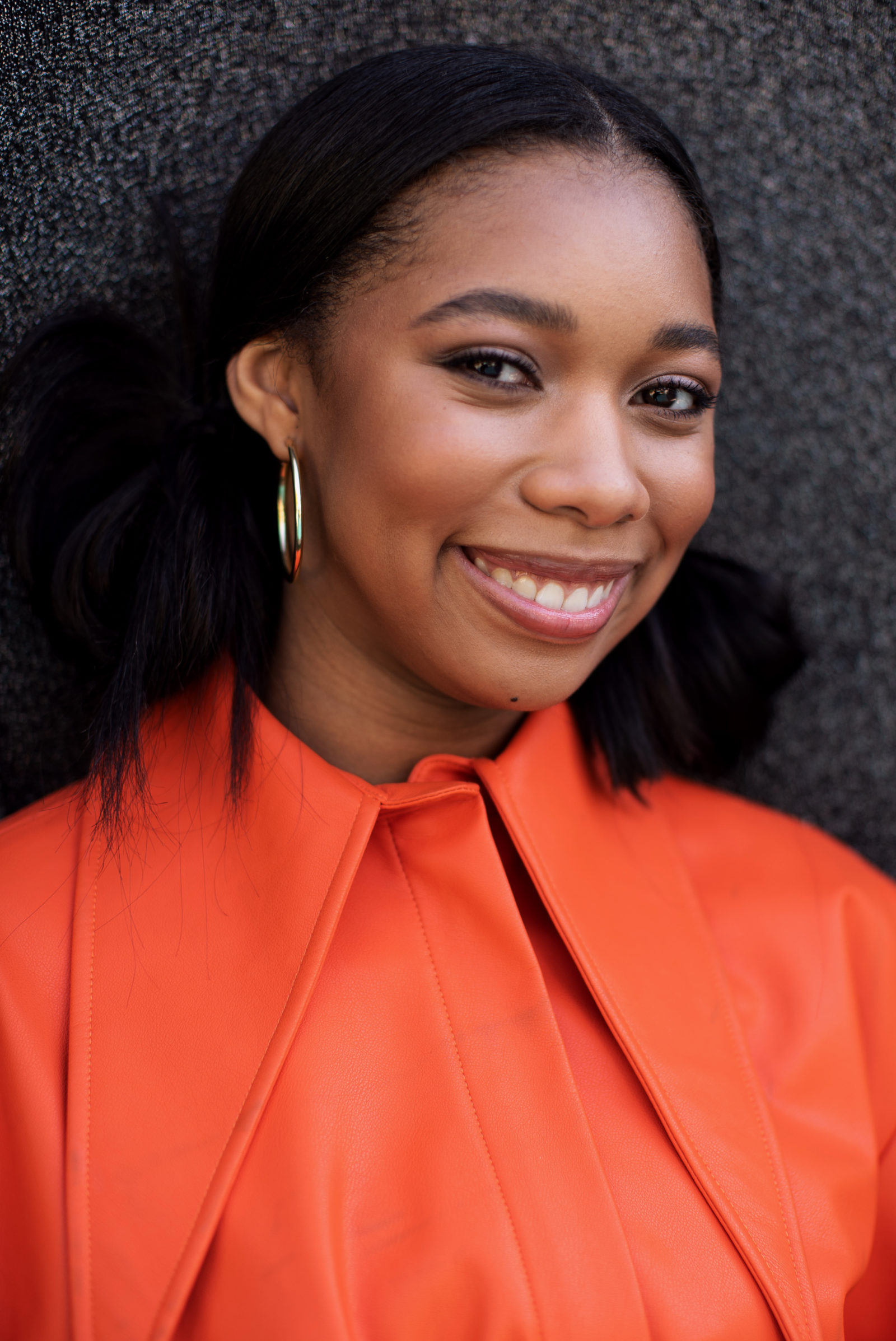 Kyla-Drew is the fresh-faced phenom starring alongside Jamie Foxx in Netflix’s upcoming comedy series, Dad, Stop Embarrassing Me. In this new series, Sasha (Kyla-Drew) and Brian Dixon (Foxx) must suddenly learn to live together while navigating “the intricacies of the father-daughter relationship.” The Dixon family bond, and the antics that ensue from them are at the center of this show that endeavors to provide “laughs, tears, and nostalgia” to its audience. Click here to watch the trailer.

Beyond acting, Kyla-Drew pushes herself to grow and evolve. At 16, she entered the University of Southern California as a second-semester sophomore. She is a competitive dancer and a singer. She speaks Spanish and is currently learning Portugese and American Sign Language. She is driven and is striving to create the life she desires with hard work and a tenacious spirit.

BGN spoke over the phone with Kyla-Drew about maintaining balance, being a role model, and working with Hollywood’s heavy-hitters.

You have so many talents. What drew you to acting, and what was your first big role?

I started off as a competitive dancer. My dance teachers, Jeff and Jamie, always told me that I had a stage presence. I would always win at dance competitions for “Most Personality,” or “Most Stage Presence.” I was at the movies one day, and I told my mom, “I think I want to be on the big screen.” She kind of brushed it off like, “Ha Ha, you funny,” but she put me in acting classes. Then, we got an agent and I started booking. I was actually good at acting. I was eight years old when I really knew that I wanted to make a career out of acting and wanted to make it a lifelong thing, and I’ve been doing for half my life now.

My first big role was in the movie Prisoners. I got to work with Hugh Jackman, Jake Gyllenhaal, Viola Davis plays my mom, and Terrance Howard plays my dad in the movie. I would say that was probably like a breakout moment.

You’re 16, in college, and starring in a Netflix series. How do you maintain focus and balance with so much on your plate?

I have placed a major emphasis on self-care, courtesy of my mama, because a lot of the time I’m very go, go, go. She really helps balance me and lets me know it’s okay to take a break. Taking a couple minutes to meditate, do a Peloton ride, or go get something to eat has definitely helped me in terms of keeping my mental psyche with everything going on.

You automatically become a role model when you step into the spotlight. What do you want young women, especially young women of color, to think when they look at you?

I really want young Black women or just Black women in general to look at me and see that there’s no shelf life to your dreams. I’m a university student right now, and I’m also doing this Netflix show. A lot of times people ask me, “Well, Kyla, if you’re on a show, why are you in school?” I don’t just want to act, and there’s no shelf life to anything. If I wake up one day and I want to be the President, I can be that.

How has working with accomplished actors, such as Jamie Foxx and David Alan Grier, affected your development as an actor?

I would definitely say it’s a maturity aspect to it. It makes me step up to the plate, be professional, mature, whenever I step on stage. When I first got the role I was very nervous, a little bit intimidated, but I had to get it into my head that I deserved to be there; that I was counted in my own right. Then we made magic, and I think you can really see that in the show.

Just watching them on the sidelines, David and Jamie, they both taught me a lot in terms of comedic timing and improvisation. Before I’d be sticking to the script, but they taught me sometimes the joke is in between the lines and you’ve got to find it. I started experimenting a lot throughout the series with different jokes, different lines. Some of them hit, some of them didn’t. That’s fine and probably for a reason. I think all actors that I have worked with, Viola Davis, Jamie Foxx, the biggest lesson that they’ve taught me… they’ve given me confidence. They basically made me aware of my talent. I’m a very modest person, and I don’t like talking about my accomplishments or anything like that. They really put into perspective that you’ve got to [tout yourself]. You’re amazing. You have to take initiative and you gotta let people know who you are, what you’re about, and let your talent shine. That’s probably the biggest lesson that anyone has ever taught me, and it’s definitely a lifelong lesson that’s going to stick with me forever.

What’s next for Kyla-Drew? What do you see on the horizon for yourself?

Right now, I’m just trying to get through finals at USC. I am hoping for Season 2 and more of Dad, Stop Embarrassing Me. I would love to do a movie of some kind; working on a thriller, or a horror movie, because that’s something that I’ve never done before. I’m also going to take a summer class at community college and get my associate degree in Spanish.

Keep a lookout for Kyla-Drew! She’s a young lady who is sure to make an impact wherever she sets her sights. Season 1 of Dad, Stop Embarrassing Me will be available on Netflix on April 14, 2021.