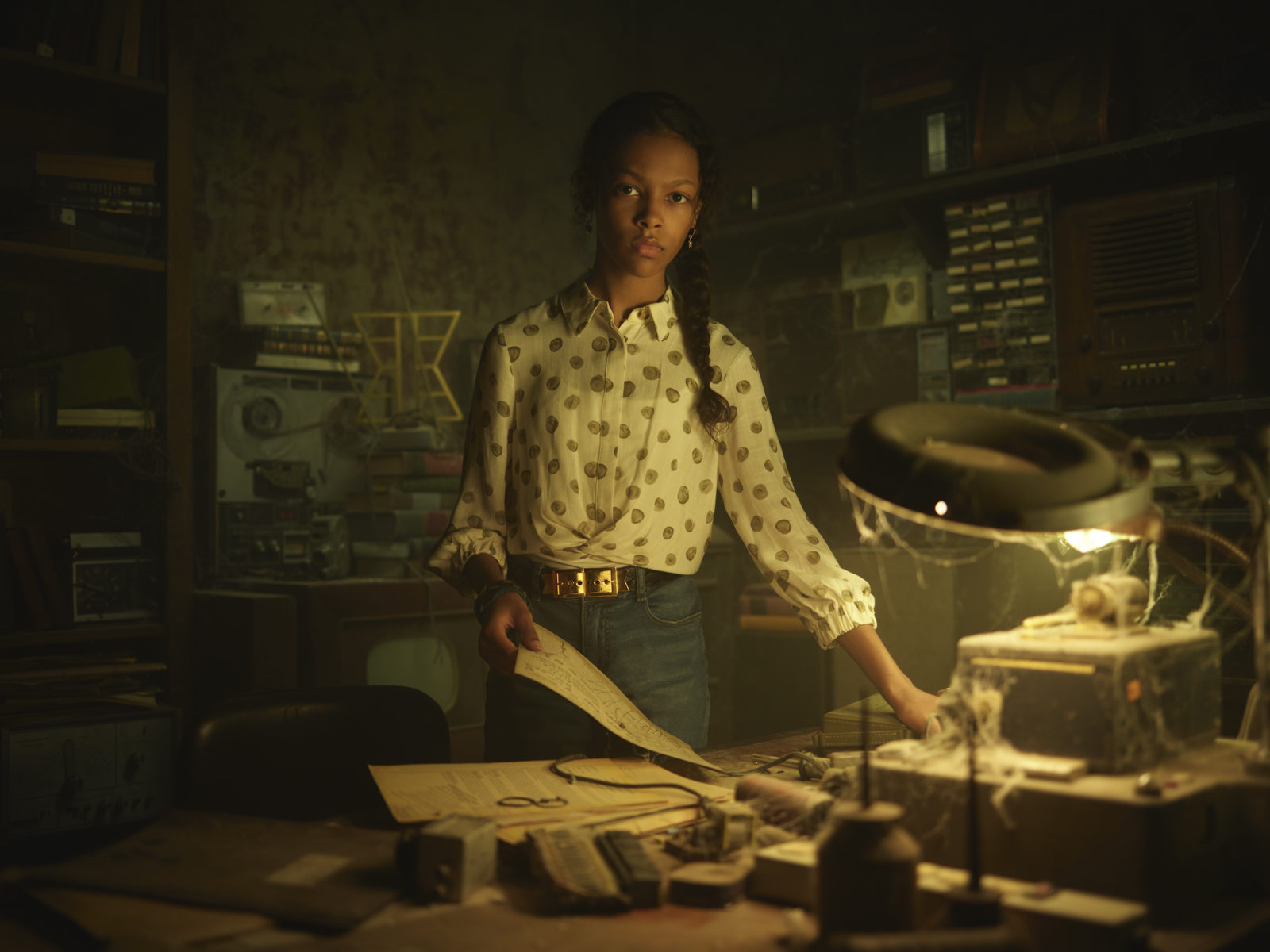 Kyliegh Curran is no stranger to show business.

A Miami native, Curran began her acting career at seven years old, performing for regional theaters such as the Actors’ Playhouse at the Miracle Theatre. At a staggering ten years old, Curran starred as Young Nala in Broadway’s Tony-award winning musical The Lion King. She also recently was featured in the box office hit and supernatural thriller Doctor Sleep alongside actor Ewan McGregor.

Her next project is Secrets of Sulphur Springs, Disney Channel’s first time-travel mystery series and a game-changer for the channel. She stars as Harper, a thrill-seeker and mystery lover who befriends Griffin Campbell, one of the newest residents of the haunted hotel the Tremont in the Louisiana town of Sulphur Springs.

BGN talked with Curran over the phone to discuss her journey so far as an actress, the lessons she has learned, what it means to her to star in this new series, and the community service she participates in along with her acting career.

What inspired you to become an actress?

I had a lot of energy as a kid and I did not really have a place to put it. So my grandma put me in the theater. I really loved theater so I decided that I should keep doing this. I did about two or three plays before I auditioned for The Lion King on Broadway. After booking that, I started auditioning for the film and now we’re here.

You have starred as Young Nala in The Lion King musical on Broadway as well as opposite Ewan McGregor for Doctor Sleep. What do you feel were some of the biggest lessons you learned while working for these productions?

I think definitely keep your family close. Being with my mom and my sisters really helped me get through it. I was always able to go home and see them. I think also knowing when to take a little bit of a break is always good because sometimes you can burn out your energy from using it so much. Taking little breaks and taking care of yourself is definitely very important. I think those two lessons are really what helps me.

What made you decide to be a part of Secrets of Sulphur Springs?

Forgive me, when I first got it I was like, “Are we sure this is the Disney Channel?” It’s super exciting to be a part of something so big because this is the beginning of an era for Disney. It is a little bit different. It’s a mystery story for all ages to enjoy. I think that’s what really intrigued me. I’ve always loved the mystery and darker genres. This was amazing to be a part of.

In your personal opinion, how does Sulphur Springs differ from the Disney Channel shows you watched growing up?

I think it brings something a little bit darker but all ages can enjoy. It will be good, especially because it’s so new and super different. It also introduces a lot of relatable characters of all ages. I mean, Griffin’s parents have their own story going on. Then there’s Griffin and Harper who are preteens. Then there are the twins that younger kids can enjoy. I think having someone that you can relate to in a show is always super fun and that’s what helps me enjoy shows.

Along with acting, you have worked with organizations such as Keke Palmer’s Saving Our Daughters’ Cinderella’s Program, Girls Inc., and Reach Out and Read. What inspired your mission to give back, and what steps can someone take today to help their community?

I think it’s always important to take into account how many people on Earth there are and how we can always give back. I’ve always seen early literacy as very important. Knowing how to read and education is extremely important for everyone to understand each other. What you can start with is reading to younger siblings, going to a library, thrifting, taking into account the environment, starting your own garden. There’s a bunch of little things you can do to help others. If you can go bigger that’s even better.

Disney Channel is known for producing some of the biggest stars of our generation. How does it feel to be a Black woman with a starring role on a Disney Channel program?

It feels so cool. I was always looking for someone who looked like me on shows. I would always be like, “Oh my gosh she looks like me,” like Raven Symoné or Katara on Avatar: The Last Airbender. Little girls seeing girls that actually look like them in shows is super important because they can say, “Hey, maybe I can do this, too.” That’s very important and it feels so cool to be a part of that.